More than 1200 of the West Midland’s most severely injured casualties have passed through the front doors of the Queen Elizabeth Hospital Birmingham (QEHB) since April last year in its capacity as a Major Trauma Centre (MTC).

Without the MTC system it is possible that many of these patients would not have survived while others may not have realised their full potential for rehabilitation and recovery without the early interventions they received. 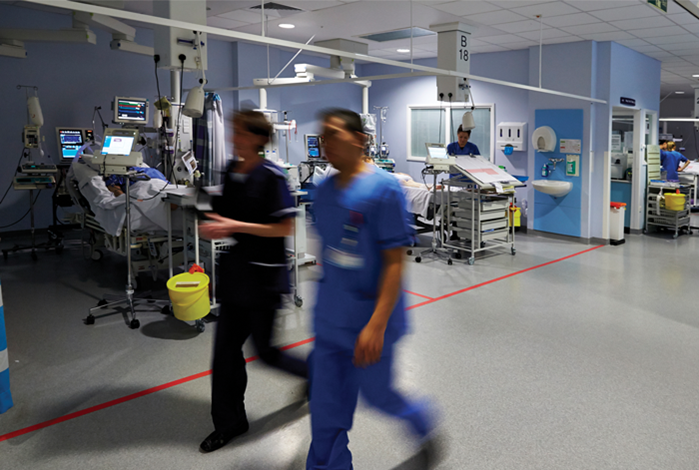 The hospital’s status as an MTC complements the fact that it also treats all injured British servicemen and women injured overseas. Any military patients wounded in combat are evacuated from war zones via the aero medical service and brought to the QEHB for treatment before being discharged, in the majority of cases, to Headley Court, the Defence Medical Rehabilitation Centre in Surrey.

Benefits to patients who are cared for within a trauma network include:

Since 2001 the Trust has been home to the Royal Centre for Defence Medicine (RCDM). As well as providing medical support to military operational deployments, it is a dedicated training centre for defence personnel and a focus for medical research.

The RCDM is a tri-service establishment, meaning that there are around 380 personnel from all three of the armed services working throughout the Trust, the majority in clinical areas.

The military staff wear their own distinctive uniforms that vary depending on whether they are serving with the Navy, Army, or Air Force (although some wear a generic green uniform, with rank insignia, depending on the area in which they work).

In 2010, the QEHB was awarded status as the National Institute for Health Research Surgical Reconstruction and Microbiology Research Centre (NIHR SRMRC), a national centre for trauma research, which is taking discoveries from the battlefield to improve outcomes for all patients, whether military or NHS. 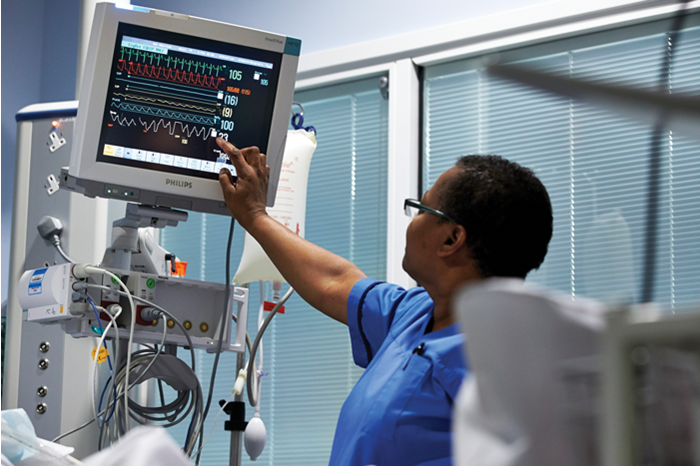 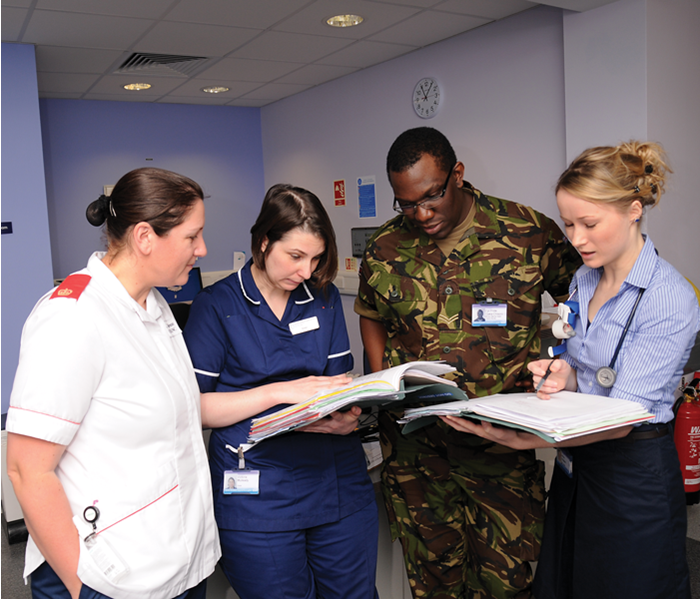 The SRMRC brings together pioneering advances in surgery and infection by military and civilian scientists and clinicians to deliver excellence in innovation in a complex area of acute care, something that directly and positively impacts on civilian major trauma cases.

Professor Sir Keith Porter, the UK’s only Professor of Traumatology and MTC Clinical Lead said: “A key part of the MTC role is that we often have several specialities involved in polytrauma. That has required a service redesign both internally and externally and a new way of working across all divisions.

“Our MTC consultants include members of the military, ensuring their learning is shared across the civilian patient pathway, making our centre quite unique.”

The QEHB is at the heart of the Birmingham, Black Country, Hereford and Worcestershire Trauma Network, which went live in March 2012.

In the whole of the 2012/13 financial year, a total of 1073 major trauma patients arrived at the hospital.

Between April 2013 and January this year, 1254 (latest available figures) people were brought to the QEHB due to its Major Trauma Centre status. These were patients who triggered the West Midlands Ambulance Service MTC criteria.

The majority – 27.5% – of these patients arrived in the Emergency Department following road traffic accidents. Falls accounted for 15.7% and stabbing / sharp instrument injuries 8.7%. Of the major trauma cases, 79.3% were admitted to the hospital while 13.4% were discharged home.

Mondays and Tuesdays see the largest number of patients arriving, between 8.00 and 17.00. At the same time there has been an increase in overnight activity (20.00-08.00) over the weekends, particularly on Friday and Saturday nights.

An extremely positive improvement in the treatment of trauma patients is that therapists provide an initial rehabilitation prescription within the first 24-48 hours of an MTC patient arriving. This guides not only their initial treatment but their ongoing care, including information necessary for subsequent receiving hospitals and external agencies.

Across the region there was a 10% increase in A&E attendances in the first half of the financial year (April 2013-March 2014). University Hospitals Birmingham (UHB) saw 65% of this figure.

The Trust has already taken steps to deal with this unprecedented and continuing increase in Emergency Department (ED) admissions.

These measures have ensured the growing list of patients is treated in the most effective and timely manner. This applies not just to those arriving in ED but to patients throughout the hospital where the impact of the rise in emergency attendances is felt.

This was a proactive response to the steep rise in the number of general practitioner (GP) referrals, self-presenting patients and emergency admissions. The rise has impacted on elective surgery and, rather than operations being cancelled, capacity has been increased to ensure continued delivery of timely care to the people who come to the hospitals for its quality interventions and expertise.

The Trust also has an ongoing recruitment programme to cope with the increasing number of patients. Overall, the number of patients treated has increased by over 130,000 a year since the new hospital opened in 2010 and staffing numbers have gone from 6900 to around 8000.

Against this frontline activity sits a backdrop of supporting research carried out under the banner of the SRMRC. Launched in January 2011, the centre is able to share with the wider NHS the knowledge gained from treating these seriously injured military and civilian patients.

It harnesses expertise from the Ministry of Defence (MoD), University of Birmingham (UoB) and QEHB and has been funded over five years with a total £15 million investment (£5 million QEHB and UoB; £5 million MoD; £5 million NIHR).

The current research programme focuses on the most urgent challenges in trauma, including:

For every trauma fatality in England, two people are left with severe and often permanent injuries. Currently, variable research into trauma care means advances are not always shared across the NHS. The SRMRC is changing this.

It forms a central point in England for trauma research where knowledge can be translated into real improvements in care for all NHS patients and beyond. It is the first and only research centre of its kind in the UK to focus both on military and civilian care and treatment.

QEHB is Birmingham’s first new acute hospital in 70 years. The first patients moved in on 16 June 2010 and it became fully operational by Spring 2012.

The Laboratories were the final major move of clinical services into the new hospital and saw Microbiology, Haematology and Biochemistry housed in one purpose-built department for the first time.

The Laboratories are based on Level -1 and are the size of a football pitch.

More than 200 patients every hour pass through the main entrance and into the outpatients department.

The QEHB is the largest single site teaching hospital in Europe, overtaking the St James in Leeds.

It has 1213 beds, 32 theatres and the largest single-site critical care unit in Europe with 100 beds.

UHB runs the QEHB and the old Queen Elizabeth Hospital.

The hospitals are a regional centre for trauma, burns, plastics, neurosciences and cancer.

UHB has the largest solid organ transplantation programme in Europe.

UHB is a Foundation Trust and has over 23,000 members.

A record number of liver transplants were carried in 2012 by the liver teams at QEHB and Birmingham Children’s Hospital. The total of 199 liver transplant operations (165 adults and 34 children) comfortably beat the previous record of 181 set in 2010.

Forty-four percent of beds are in single rooms and the rest in four-bed rooms. This greatly improves privacy and dignity and enhances our ability to prevent infections. All rooms have full en-suite facilities.

Each main ward has 36 beds and takes up half of one floor in each of the three towers. The oval design is the most efficient shape for managing movement around the building.

There are sinks at the entrances to each ward to aid hand hygiene.

The new hospital has 30 operating theatres – seven of them in a dedicated day case unit.

The hospital has its own mini ring road to improve access and reduce traffic on local roads.