Teenagers with misophonia
By Lucy Partridge

Misophonia can be a distressing condition for teenagers and can have devastating effects upon their home and school lives. There is little research in this area and, as Lucy Partridge explains, more is greatly needed in order to identify interventions which may help support these teenagers.

Misophonia is an excessive reaction to specific sounds. Emotional and physiological reactions occur in response to the sounds; typically anger, disgust and activation of the ‘fight or flight’ response (increased heart rate, rapid breathing, becoming tense and hot etc). Typically it is in response to sounds made by another human, such as eating, coughing, sniffing, heavy breathing and other repetitive noises.

Some non-human noises such as clocks ticking and dogs barking are also reported. These noises have the potential to annoy or cause discomfort in most people [1], but those with misophonia experience a seemingly instantaneous, uncontrollable and overwhelming reaction.

From the field of otolaryngology, miso (hatred) phonia (sound) was given its name by Jastreboff and Jastreboff in 2002 [2]. It has also been referred to as ‘selective sound sensitivity syndrome’, ‘4S’, and ‘selective sound intolerance’. ‘Misophonia’ is not an official diagnostic term, but it is now widely used to describe these difficulties.

There has been more recognition of this as a difficulty in the last few years and interest is now growing in what was an under-researched area. This has moved from audiological into psychological spheres. From within a department of psychiatry, Shroder et al proposed some diagnostic criteria, suggesting that misophonia should be considered a discrete psychiatric disorder [3]. However, there continues to be ongoing debate about whether misophonia is a physiological state, symptom or disorder [4].

“These noises have the potential to annoy most people, but those with misophonia experience a seemingly instantaneous, uncontrollable and overwhelming reaction.”

Misophonia usually begins in childhood or early adolescence [1]. It typically starts with a close family member triggering these reactions. Generally speaking, children share a finite amount of space with their family and perhaps the effort required within all families to tolerate one another’s sounds is underestimated.

The exact development and trajectory of the misophonia will be idiosyncratic to each context, child and family. Some researchers theorise that the sounds become ‘paired’ with the emotional and physiological responses [2,5], much like Pavlov’s dogs in classical conditioning, so that whenever they hear the sound the response is evoked. It follows then, that the condition would start when the sound occurs and heightened stress levels or reduced abilities to cope with the emotional and physiological feelings of stress are present. The two are then associated and it seems the pairing gets stuck. In the case of misophonia, the young person’s response then escalates.

This can be visible through the levels of anger and / or distress they experience increasing. It is worth noting, however, that those with misophonia typically do not tend to mind the offending noises when they make them themselves and therefore it is not the noise per se that creates this reaction: some cognitive process (thoughts or processing) of the sound leads to this response.

Teenagers have little choice but to share living space with their family and are likely to be in close proximity to others in the classroom at school and, therefore, difficulties ensue. Understandably, avoiding the sounds is an obvious route for most teenagers and this can involve ear plugs, a hand over the ear, or avoiding situations altogether. Indeed, due to the extent of the difficulties, their families often rally to support them to avoid the sounds. Avoidance can give relief and can instinctively feel helpful, but due to the everyday nature of these sounds it can cause many problems and is not always possible (e.g. at school). Avoidance may mean no more family meals or car journeys, and increasing isolation for the young person.

When we start to avoid things we do not like, we can also start to feel fearful of them happening. Teenagers with misophonia often report fear in anticipation of the sounds, for example when seeing someone with a bag of crisps. They often seem to be on red alert for the sounds, noticing them far more than others, looking and listening out for them to happen. Due to this, they will feel more stress and their bodies will be in a heightened state of arousal. This will affect their experience of the sounds: they are more likely to respond negatively to sounds they do not like. Teenagers with misophonia find that when they hear the noises, it is very difficult to move their attention on to other sounds and they can feel quite powerless to know what to do.

Misophonia puts a huge strain on the teenager and they often report heightened distress and a significant impact upon all aspects of their life, be it at home, in school, or out and about. It is understandable that siblings and parents also find the misophonia incredibly challenging as it can affect the whole family.

Additional emotions such as worry, frustration, sadness, shame, embarrassment and guilt are therefore rife. Strains may be placed on different relationships. It is unsurprising that when help is sought for misophonia, there can be additional difficulties that are also reported, such as elevated levels of anxiety and depression. Heightened stress makes tolerance of disliked sounds much harder and it is clear to see that a vicious cycle develops.

In my clinical experience, I have observed that the misophonia can become very difficult to talk about for teenagers and their families. Indeed, it may be that it is only communicated about with heated emotion at the time a reaction is triggered. Individuals within the family may therefore be struggling to see each other’s perspectives: it is hard to put oneself in the shoes of a teenager with misophonia and imagine what daily living might be like.

“Additional emotions such as worry, frustration, sadness, shame, embarrassment and guilt are rife.”

Equally, we have observed that teenagers with misophonia often find it hard to put themselves in their family members’ shoes. Indeed, the teenagers often report suspicions about others making the sounds on purpose, or strongly believe that others should not make these sounds. I have found that helping families to talk about misophonia and the effects of it can therefore be useful; it is an important part of any therapeutic work.

The research on treatment is significantly lacking and there is a very limited evidence base for both adult and child populations. Cognitive behavioural therapy (CBT), counter-conditioning and tinnitus retraining techniques have shown some success in adults in case studies and small-scale research. Single cases using CBT with a 14-year-old [6] and with a 19-year-old [7] have produced successful outcomes. There is a common feature in the approaches being used, which seems to be helpful, and that is the re-pairing of the sound with a neutral or positive emotion.

Treatments may therefore include actively setting up a programme of graded exposure so that the teenager is exposed to the sounds whilst experiencing neutral or positive affect, and reducing exposure to the sounds with concurrent negative affect. In my clinical experience, a comprehensive psychological assessment and formulation of the difficulties is essential in order to determine goals and to plan effective interventions.

There is a real need for comprehensive research paradigms to investigate the prevalence, etiology, progression of difficulties and treatments of this very distressing and debilitating condition.

Dr Lucy Partridge has worked in the Nuffield Hearing and Speech Centre and the Paediatric Cochlear Implant Programme at the Royal National Throat, Nose and Ear Hospital, London for over two years. She has worked as a clinical psychologist within paediatric services for seven years, after qualifying from UCL in 2007. She also has a postgraduate diploma in Applied Systemic Theory (working with families / systems) from the Tavistock and Portman. 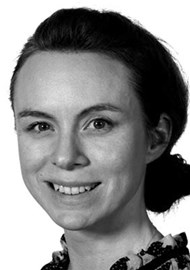