The future of head and neck cancer surgery
By Neil Sharma

Neil Sharma paints an exciting picture of the future of head and neck surgery with nanobots and robot augmented humans – science fiction or reality? Time will tell.

‘May you live in interesting times’ reads the old Chinese curse.

The past 50 years have certainly been interesting for head and neck cancer (HNC) surgery, but has this been a curse or a blessing? And how will we fare over the next half a century? We can be sure of some things: the medical literature will be the usual battleground between the surgeon and the oncologist, both defending the effect and efficacy of their respective treatment regimens; the headline news items heralding the ‘next big thing’ that will revolutionise our practice; and our aim to remove cancer whilst retaining function and quality of life.

But can we look past the hype and think about where we will be over the coming decades? After all, the basic tenets of cancer treatment have not changed: diagnose it, remove it, reduce the risk of tumour recurrence.

Today we readily accept that a radiologist’s ultrasound probe is more sensitive than even the most esteemed surgeon’s fingertips at identifying neck lumps and predicting their nature. As the quality of imaging continues to improve, the next logical step is to see artificial intelligence (AI) incorporated into radiology, not to replace the expertise of our radiology colleagues but to augment it, helping identify patterns in those mysterious grey and white swirls. The genetic revolution will continue to develop our diagnostic capabilities. Genetic mutational analysis will provide us with clues as to a cancer’s predicted behaviour, facilitating the next level of personalised medicine. These sorts of data will describe how a given tumour will respond to radiation or chemotherapy and help direct our efforts where they will be most effective. Circulating cell-free DNA and single circulating tumour cells are being used to help diagnose various cancers (liquid biopsy), and many in the UK are investigating to see whether they have a role in HNC. The early results are promising and, as the cost of genetic sequencing reduces, we will see this technology used more and more. This is not to suggest that in 2035 you will see a robot with an ultrasound probe and a blood tube regarding your neck lump, but it is not far off.

“Today we readily accept that a radiologist’s ultrasound probe is more sensitive than even the most esteemed surgeon’s fingertips.”

For those of us early into our careers, the worry of head and neck surgery becoming obsolete should be less concerning than our predicted age of retirement. However, there is no doubt that we will see more targeted therapies emerge, especially immunotherapy, which will be a valuable addition to the non-surgical armamentarium. The plethora of trials for various agents, as well as numerous translational laboratory studies underway to identify new drugs, is exciting. As these come to fruition, it can be expected that most will fall by the wayside, but if 5% of them have a significant benefit, this will result in a big shift in cancer treatment.

We can predict the major change in radiotherapy will be the accuracy with which it is given, and a reduction in the often debilitating side-effects that go with it. As our understanding of the mechanisms behind which patients suffer the most improves, we will then be able to identify those most at risk and mitigate some of their problems.

But what about surgery itself? We are already performing more and more organ-preservation work, and all head and neck MDTs have a strong focus on the functional cost of treatment and how to improve rehabilitation, but what will be the tangible changes we will see? The robot is here and in use across the world. In HNC, it has been applied to almost every setting you can think of, from the post-auricular approach neck dissection to the transoral resection and robotic assisted microvascular reconstruction. What we are lacking, however, is detailed prospective evidence that the robotic approach is at least equivalent to open surgery for cancer outcomes. If and when this evidence becomes available, it would be hard for HNC centres to justify not having the technology - perhaps at this point the robot may truly become widespread.

The difficulty with this sort of prediction is that 15 years is both a long and a short time in medicine. While the technology available to us in a decade and half will likely be vastly different to what we have now (just think the first iPhone was released less than 12 years ago), anything new will have to go through the evidence-based channels to make it in to common usage, all of which takes time. And money.

Reduce the risk of recurrence

One would hope that as we get better at treating cancer primarily, the number of patients developing recurrence will reduce, but we will still need ways of identifying it. It would be much more effective to identify cancer in a blood test three months earlier than would be possible on clinical examination. Unlike thyroid cancer, we do not have a biochemical marker for HNC, and it is here that liquid biopsies, as mentioned previously, could pay dividends. As well as the six-to-eight-weekly outpatient appointments, post-treatment patients will have their serum analysed for the tell-tale genetic signature of their own cancer; if present, the recurrence can be hunted down and managed at a much earlier stage, with a reduction in morbidity and increase in survival. The use of AI should not be overlooked in this setting either, with the development of predictive algorithms based on all aspects of a patient’s physiology, pathophysiology and lifestyle to determine who is most likely to recur and at what stage it will happen.

“This is not to suggest that in 2035 you will see a robot with an ultrasound probe and a blood tube regarding your neck lump, but it is not far off.”

Bear in mind, chemotherapy only reared its head around 70 years ago, and 50 years ago there was no such thing as a CT scanner or knowledge of the human genome. The almost exponential leaps in medical knowledge and technologies makes far-prediction a tricky prospect, and many have fallen foul of baseless predictions.

On a global scale, the rise in HPV-related oropharyngeal malignancies will fall as universal vaccination becomes the norm for boys as well as girls. This will take some decades to become evident, so it is probably in around 50 years that we will be confident of the effect. The biggest risk factor for HNC – smoking – will still be causing a significant effect. In 2016, around 20% of the world’s adult population were smokers [1]. Without major legislative change, we will continue to see avoidable, smoking-related cancers for decades to come.

Will surgeons still be needed in 50 years? I think the answer is yes, although our role may be only barely recognisable. At some point, we may accept that the advanced range of movement and tremor reduction that the robot affords may not just be useful in small cavities, but in all surgery. Why not augment your skills with multiple robotic arms and 3D virtual reality in super high definition? We could be manipulating controls from the back of the operating theatre, with the patient surrounded by a dizzying array of gadgetry. Or perhaps the closest the surgeon will need to get is a computer in his or her office, defining on a screen the exact regions to be excised, and leaving the dirty work for nanobots. This sounds like science fiction, but it is already underway [2].

Whilst we as surgeons will still be needed, the range, availability and affordability of chemotherapeutic agents will be the major change to be seen over the next 50 years. It will be standard of care to genotype every patient and their cancer, and to choose the exact molecule that will offer them the best chance of cure, based on their cancer genome. The patents that the big pharmaceutical companies hold on their agents will either expire, or the products themselves will be reverse engineered and adapted so as to make them broadly available at a fraction of the cost. As surgeons, we will only see the most advanced cancers or those that have not responded to non-surgical treatment, forcing the HNC surgeon into an even smaller, sub-specialised niche.

“This sounds like science fiction, but it is already underway.”

All things considered, we do have interesting and exciting times ahead of us in head and neck surgery. The promise and potential of technological advance is certain, along with the potential for our clinical expertise to frame, shape and develop our ability to improve outcomes for patients with HNC. The future is bright.

For a more evidence-based and balanced view on the future of surgery, I would recommend reading the Royal College of Surgeons of England Future of Surgery
report [3]. 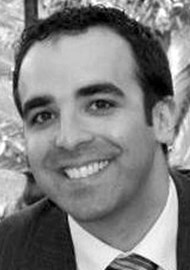