The role of YO-IFOS in enhancing collaboration between young physicians in Europe
By Daniele De Siati, Diane Smit, Natacha Teissier and Nicolas Fakhry

Young ENT surgeons realise the importance of international collaboration – we hear about a group that was formed just 18 months ago.

During the meeting of the International Federation of Otorhinolaryngological Societies (IFOS) in 2017 in Paris, a group for young otorhinolaryngologists, YO-IFOS, was created. The goal of the group is to bring together young ENT physicians, aged 30 to 45, with the ambition to improve access to educational material, research and networking opportunities and to promote involvement in international meetings and congresses. The YO-IFOS is led by an executive committee (president and secretary general) from the same country as the IFOS president and a corresponding committee from the host country of upcoming IFOS meeting (Canada 2021). The regional secretaries from all continents will identify potential members from the different countries and represent YO-IFOS in international meetings. Four committees were also created with members from all regions around the globe to address the major objectives of the YO-IFOS: research, education, networking and congress organisation.

The affiliation to YO-IFOS is free of charge. Requests for membership can be submitted by email or via the form available on the website - www.yoifos.com. Young physician members turning 30 or over can subscribe, and membership is allowed until the age of 45. The composition of the executive board and the committees board will change every four years, following the schedule of IFOS meetings. This will ensure a constant renewal of committee members. Renewal is not needed. Members may decide to actively participate in working groups in the committees and they can drop out without constraints.

“The promising results of this first year of collaboration has motivated the group to strive towards more ambitious longer term objectives.”

Thanks to the contribution of a number of young physicians since the beginning, it has been possible to swiftly reach some of our objectives, such as the creation of multicentre working groups that have already led to the publication of scientific articles in international journals. YO-IFOS was also asked, less than a year after its foundation, to edit an issue of an international ENT journal. Thanks to a joint effort of our members, two special issues of the European Annals of Otorhinolaryngology Head and Neck diseases have been recently published, gathering exclusively peer-reviewed articles of young ENT specialists.

The promising results of this first year of collaboration has motivated the group to strive towards more ambitious longer-term objectives: we aim to edit teaching materials for young ENT physicians, including a basic science textbook and iconographic database available in an open access format, as well as to provide incentives for the participation of young physicians in international conferences, instructional courses and masterclasses [1,2]. Moreover, the scientific committee of the upcoming conference of CEORL-HNS in 2019 has given YO-IFOS the opportunity to organise some sessions at the conference, with young physicians as speakers. Encouraged by these achievements, we foresee full participation of YO-IFOS at the next IFOS world conference in Vancouver in 2021.

The Confederation of European ORL-Head and Neck Societies (CEORL-HNS) plays an important role for this group. The Constitution of the CEORL-HNS enunciates some principles that are shared by YO-IFOS, such as supporting continuous medical education and professional development, and promoting research in ORL-HNS [3]. This has been a source of inspiration for YO-IFOS, which aims to provide similar support for young physicians, taking into account the specific needs of our member community.

Sharing the objectives with the confederation and promoting an active participation of young ENT physicians to CEORL-HNS events play a critically important role in the process of young physicians’ medical education. The confederation biennially organises gathering events devoted to trainees, specialists and fellows. Visiting an international congress and having the opportunity to actively participate in its scientific and clinical sessions, as well as joining networking events, can help YO-IFOS reach its goals. Apart from this, sharpening skills, the ability to interact with peers, trying new equipment and techniques, and discussing internationally-relevant ideas during these meetings will all contribute to the development of young otorhinolaryngologists in all subspecialties.

On the other hand, YO-IFOS provides the CEORL-HNS with access to an international network of young and enthusiastic physicians with new and challenging opinions about education, evidence-based medicine and the usage of new medical and communication techniques. Putting new perspectives on the field of otorhinolaryngology in a vibrant community of ENT specialists of all ages will encourage the cycle of continuous improvement for members represented by the YO-IFOS and the CEORL-HNS conference.

Given the socio-economic heterogeneity of Europe, the education and professional environment of ENT physicians varies significantly among European countries. In this context, the CEORL-HNS paved the way for improving the welfare of ENT physicians around Europe and enabling the unification of advancements in otorhinolaryngology.

Similar to CEORL-HNS, YO-IFOS is a non-political group with the aim to bring together young physicians. In this perspective, YO-IFOS supports the creation of national groups of young ORL physicians, where this has been agreed with the national ORL-HNS society. We are convinced that providing a local reference for young physicians can incentivise their participation in CEOLR-HNS activities, and promote cooperation among European young specialists on topics of current interest.

By this knowledge, YO-IFOS feels warmly welcome at the CEORL-HNS Congress 2019, which is a crucial landmark for development of our young physicians community. 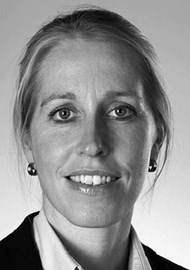 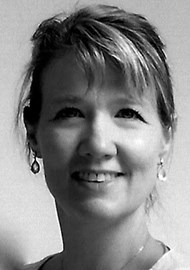 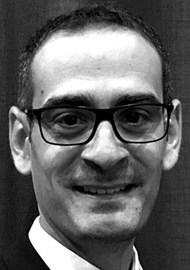