For a profession proud of its adherence to an evidence base, medicine has been remarkably slow to acknowledge and to act on the evidence which underpins the value of good leadership to patients and the healthcare system.

Mr Robert Francis QC in his second report into the scandal surrounding the United Kingdom’s (UK’s) Mid Staffordshire NHS Trust opined: ‘The recognition that healthcare management and leadership is, or should be treated as a profession, is important. The concept carries with it a need for members of that profession to commit to a professional code of ethics, conduct and standards relevant to their work, separate from any such commitment they have by reason of other professions’ [1].

This acknowledges that medicine is no stranger to the principles and practice of a ‘code of ethics, conduct and standards’ but not when applied to leadership. Clinical training is of high quality, driven by internationally respected standards with critical roles played by both the medical colleges and postgraduate medical education organisations. A UK regulation in a recent General Medical Council (GMC) survey was largely admired by the profession and importantly, most highly by doctors likely to have knowledge of systems in other nations [2]. As the icing on the cake, UK revalidation for doctors (currently in its second year), if enacted well, will give assurance to the nation, to patients, to organisations and individuals that UK doctors are of demonstrably high quality and seeking constantly to improve [3].

Military leaders could proudly write something similar about their technical and operational competence within the armed forces. A fundamental difference though is that they would extol the virtues of leadership and the importance of its integration with the more technical aspects of their training. They are literate in the relative merits of different leadership styles and of the effectiveness of different military leaders. With no lack of pride in their technical competence, they are however, likely to describe themselves first as a leader. By contrast, many, perhaps most UK medical leaders identify themselves by their clinical role and may only mention their leadership role in passing.

“By contrast, many, perhaps most UK medical leaders identify themselves by their clinical role and may only mention their leadership role in passing.”

This difference goes beyond justifiable pride in achieving seniority in clinical medicine. Historically, the profession has not respected operational leadership roles as much as it respects, for example, academic, college or educational roles. Hence, unlike many other countries, doctors rarely aspire to chief executive posts in the UK with the numbers barely reaching double figures in England.

Undervaluing medical leadership is a problem not just because of the recommendations of the Francis Report. There is compelling evidence which suggests that poor leadership diminishes the quality of patient experience and poor team work is associated with higher inpatient mortality [4, 5].

Imposter syndrome is writ large in medical leaders who must contrast their highly regulated clinical practice and their (rightly) obsessive accreditation route to ‘independent’ practice with the complete opposite in medical leadership roles [6]. Put simply, medical leadership is not regarded as a profession and there are as yet no defined standards in the UK as compared to other countries, for example, Australia and the United States of America (USA). However, the responsibilities and serious repercussions for failure as a medical leader are growing and may be greater and harsher than in clinical practice.

Not surprisingly, therefore, succession planning is neglected and training and development are in no way standardised. In the UK, there is a growing recognition and engagement of young medical talent which may start to redress this issue but it remains commonplace to regard leadership as the province of the senior practitioner with what little development there is being offered to that cohort. Compared to the private sector and the armed forces this is a startling omission. Junior doctors are, by definition, among the most intelligent members of society with energy, creativity and the advantage of fresh eyes; they also see the health service in its totality, day and night. They have recently been enthusiastically and highly successfully embraced within the newer system of quality reviews in England and a growing range of development opportunities is on offer including national fellowship schemes in all four home nations [7]. To miss out on this talent is to ignore a huge benefit to the system and to perpetuate the undervaluing of medical leadership.

These arguments underpinned the 2011 initiative of the UK’s medical royal colleges, endorsed by the Academy of Medical Royal Colleges, to establish a Faculty of Medical Leadership and Management (FMLM) [8]. Functioning as both a professional body and a membership organisation, FMLM attracted 2000 members in its first two years with a healthy 50% coming from the ranks of trainees and medical students (ratio 4:1). FMLM has embarked on defining: the standards of medical leadership; the career development routes; and the essential infrastructure needed by successful medical leaders. The need to influence undergraduate and postgraduate training curricula is also recognised.

In all of this activity, we must not lose sight of the value of leadership skills to ‘pure’ clinicians, all of whom lead at various times be that in small teams or one to one with patients. It is interesting to reflect on the doctor-patient relationship as either a management or a leadership relationship: doctors acquire and practise many of the misnamed softer skills in a good clinical training! This further emphasises the recognition of leadership for all doctors and is reassuring in that much development is merely an awakening and honing of already acquired skills. Even those who claim not to lead have certainly been observing leadership in others since early childhood!

Individuals also have responsibilities, to themselves and to their teams, which if properly met will lead to better quality of patient care, even to the point of lower inhospital mortality [4, 5]. Furthermore, as the challenges in healthcare delivery increase with relentless demands on efficiency and innovation, it is essential that leaders recognise the obvious – that it is the staff, not the leaders who deliver the necessary activity. Well-motivated, happy, engaged staff deliver far more and at higher quality than demotivated, unhappy staff [9]. In the words of Saladin to his son: ‘Seek to win the hearts of your people, and watch over their prosperity. For it is to secure their happiness that you are appointed by God and by me.’ Doctors must share in that responsibility, flatten the traditional hierarchies and recognise that most clinical and managerial practice is far too complex for the single heroic leader [10]. This is the era, with all of its complexities, of dispersed leadership and excellent teamwork to maximise the effectiveness of patient care and the quality of patient experience.

Medicine has a long and proud history of defining and expecting high clinical standards and of establishing the necessary systems of training and development which have led to massive benefits for patients. It is time to recognise the value that medical leadership can add to that impressive history and support all doctors to equip themselves with the leadership skills necessary for their particular role in increasingly complex and challenging systems.

Declaration of Competing Interests: PL is Medical Director of the Faculty of Medical Leadership and Management (FMLM), a membership organisation which aims to improve the quality of care for patients through better medical leadership. 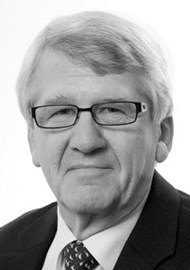