Ultramarathons, frostbite and running with wolves
By Stuart Gillett

“I could just keep going when most sane people would stop”- the secret to success in head and neck surgery?

In August 2015 I crossed the finish line of La Ultra - The High. A small camp of tents and cars on the Mori plains in the Indian Himalayas. I had just run 333km in 65 hours and 23 minutes. I had crossed three mountain passes with altitudes ranging from 3500m to over 5400m. Temperatures varied between 30°C and -10°C.

I had endured one blizzard, stopped for two one-hour breaks, vomited five times and lost three toe nails. I had avoided acute mountain sickness and set the second fastest time ever – not too bad for an ENT surgeon from a district general hospital in Bath. 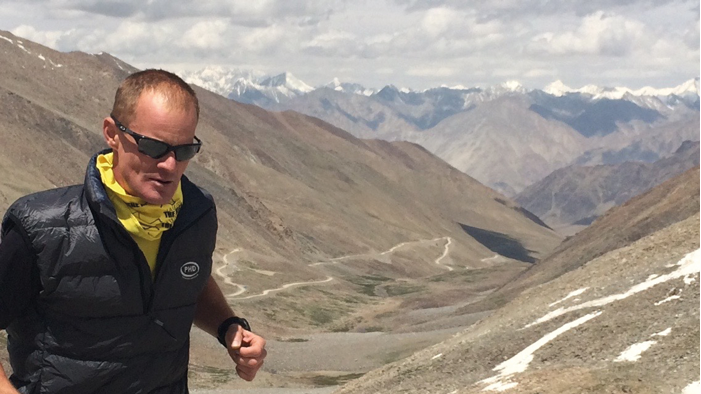 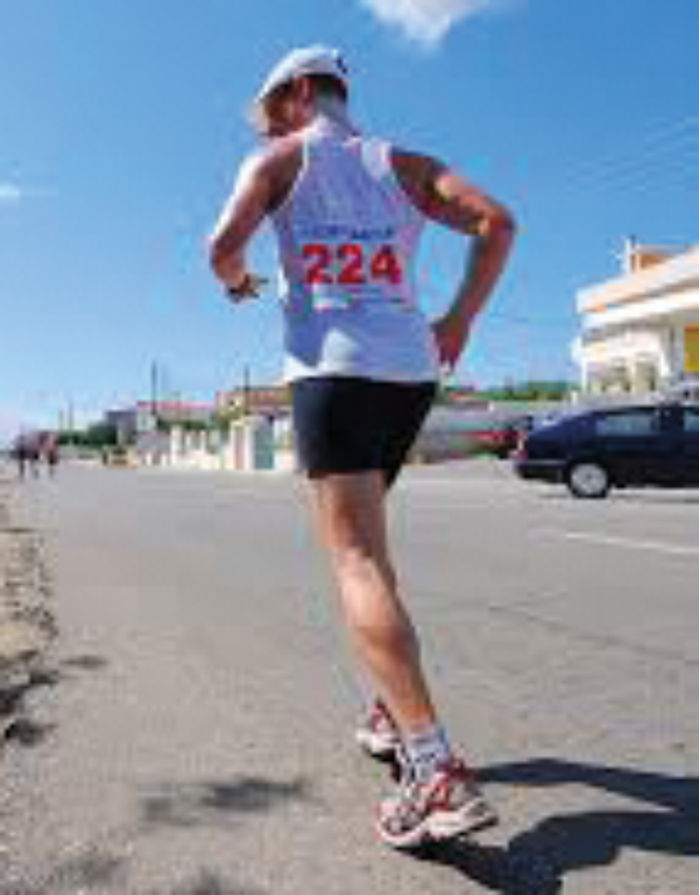 My interest in ultra-distance racing started in 2004 where, as a lowly ENT SHO, I first read Survival of the Fittest by Dr Mike Stroud. I have always loved a bit of an adventure and the part that really grabbed my imagination was the Marathon Des Sables (MDS) - a 150 mile Ultra through the Sahara desert. After a few beers with a friend one night, we decided that we should do it! I really had no idea how to train, what to expect or how to go about such a huge undertaking but I gave it a go. The MDS is a stage race, each day presenting a set distance ranging from a half marathon up to a long stage of 50 miles, competitors carrying all their equipment and food for the race. Remarkably I found myself in the elite top 50 group, eventually finishing 37th out of over 800 runners. I found that the longer the distance I ran, the better I was - I wasn’t fast but I could just keep going when most sane people would stop.

“I had endured one blizzard, vomited five times, lost three toe nails, avoided acute mountain sickness and set the second fastest time ever - not bad for an ENT surgeon from a district general hospital in Bath.”

Unsure of what race to do next, I did an Ironman Triathlon - a nice morning out, but it really didn’t offer the challenge that I was looking for.

So in February 2006 I started the Yukon Arctic Ultra, a 320 mile race in the Yukon of Northern Canada. This was very different; a relentless and self-sufficient race across the frozen tundra, pulling a sled laden with equipment. Within a very short time I was all alone in one of the most remote and inhospitable environments on Earth.

Temperatures dropped below 35°C, eyelashes froze, removing gloves for more than a minute resulted in frost bite, and such extreme fatigue meant that hallucinations were common - at least I am pretty sure they don’t have giant giraffes up there. I could only manage periods of sleep of about hour before the cold became too much. However, standing amongst wolf footprints watching the Northern Lights dancing over the frozen Yukon River at 3am is a memory that I will treasure forever. I came second and set the European record.

Ultra-racing also becomes a bit addictive and I have completed many other races, including:

Often people ask me if it’s dangerous taking part in these races.

I have always managed to escape any serious medical issues (I did once have a creatinine kinase of over 36,000 after running through the Alps, but I only found that out as we were running a sweepstake for charity). However, athletes have died on these races. I have had friends admitted with severe cellulitis of their legs and an adversary who nearly ended up on the renal transplant list due to over use of non-steroidal anti-inflammatory drugs (NSAIDs).

I have also been personally involved in the medical care of two other runners during races - one with severe hypothermia in the Arctic, and a German orthopaedic surgeon I discovered with a temperature of over 40C under a pile of clothes during the Spartathlon, who was being warmed up as he was shivering (he bought me a beer when he got out of hospital).

“Standing amongst wolf footprints watching the Northern Lights dancing over the frozen Yukon River at 3am is a memory that I will treasure forever.”

My preparation for trips has improved greatly since my first marathon. My wife often complains about the piles of lightweight gear that I have built up over the years. Sometimes, finding the ideal equipment was difficult and has led to me working with a specialist lightweight down company called PHD (phdesigns.co.uk) in the trial and design of down wear, and led to the design of the Yukon down jacket. 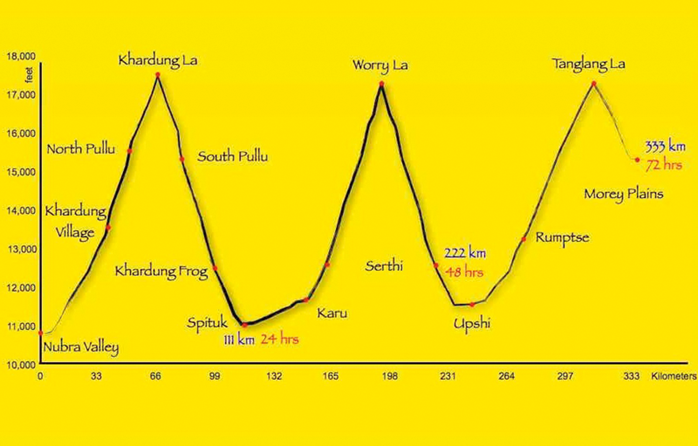 A profile of La Ultra, Himalayas.

So how do you train for such races? I am a head and neck surgeon, head of department and a father of three young children - fitting training around work is hard. I try to use my commute as the biggest part of my training, sitting in a car in traffic is something I hate and I feel much more invigorated if I have done some exercise. I also do not adhere to a strict training plan that I can’t fulfil - I prefer to tailor my training to how I feel. If it’s going to be a nice morning, the sun is out and I’m feeling good, I’ll get up early and put a few good miles in before work! Although I do have to admit I have told a few ‘white lies’ to my wife about working late into order to squeeze in an extra run or cycle.

Ultimately, I love the adventure. I have made some amazing friends, visited some incredible places and had some unforgettable experiences, and over the years raised more than £20,000 for charity. And there are still plenty more races to do! 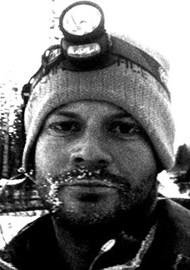