Cochlear implants have revolutionised the management of profound hearing loss. Might vestibular implants be the future for the treatment of bilateral vestibular failure? James Johnston and Neil Donnelly explore.

The vestibular system is highly complex, integrating visual, labyrinthine and proprioceptive inputs to provide a sense of balance, orientation and spatial awareness. If something goes wrong with one particular element, neural plasticity normally allows for compensation and full recovery.

In certain patient groups such compensation either is inadequate or does not occur. Bilateral vestibular hypofunction can result in debilitating disequilibrium, instability and oscillopscia. This not only significantly affects quality of life but also places an individual at significant risk of injury with financial implications for both the affected individual and society [1]. There is currently no effective treatment for those with bilateral vestibular hypofunction who fail to derive benefit from vestibular rehabilitation.

Over the past 30 years hearing rehabilitation of profoundly deaf individuals has been revolutionised by cochlear implantation. The tonotopic cochlea has aided this process. Unfortunately, the vestibular system is more complex. Despite this, a small number of groups worldwide are working towards the development of a vestibular implant for the treatment of a range of balance disorders including bilateral vestibular hypofunction and uncontrolled Ménière’s disease. The current literature largely involves mammalian studies investigating the effect of electrical stimulation of the vestibular system with an implantable device but more recently studies have involved human subjects. Work to date has involved studying the vestibulo-ocular reflex (VOR) of the semicircular canals and has not focused on the otolithic organs. 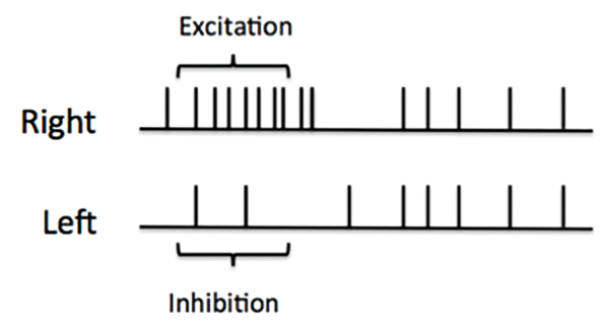 In its non-damaged state at rest, there is a constant electrical activity within the nerve fibres of the vestibular system. This is known as the baseline state (Figure 1a). When the head turns to the right, it generates increased neural activity in the right lateral ampullary nerve above the baseline while the activity in the left is inhibited to below that of the baseline (Figure 1b). This then results in the appropriate muscles of the eyes being stimulated, the VOR, moving the eyes an equal and opposite amount to the head movement. The movement of the head compared to the eye movement is referred to as the ‘gain’ and when perfect should equal 1.

Research has demonstrated that it is possible to establish a pseudo-baseline in an implanted ear by constantly stimulating the ampullary nerves. Initially when implemented there is brisk nystagmus. This can take 20 minutes to 24 hours to disappear, and implies that there is a central adaption to this new baseline. When stimulation is stopped, a nystagmus occurs in the contralateral direction, this attenuates within minutes to hours. Although the nervous system adapts to the tonic pseudo-baseline firing rate, it fortunately does not adapt to the motion modulated part of stimulation, the element required to generate the VOR. Additionally, after a couple of off-to-on and on-to-off transitions, nystagmus and after-effect nystagmus are less intense and the return to baseline occurs more rapidly. It appears that the nervous system is able to recognise the presence or absence of stimulation and react appropriately, a so-called ‘dual state’ adaption.

Mammalian experiments have shown that electrical stimulation of nerve fibres in the semicircular canals can evoke eye movements that mimic those of the vestibulo-ocular reflex, with gain ranging from low to near normal [2, 3]. This has also been demonstrated in humans. Observed eye movements show a strong component that has directional congruence with the canal stimulated, although this is not always the dominant vector with movements in other axes frequently being seen. This has been attributed to cross-axis stimulation due to current spread.

Another key aspect influencing the VOR is the optimal placement of the stimulating electrode in relation to the nerve fibres of the ampulla. The ideal test of this interface would be performed intraoperatively at the time of implantation to allow precise placement, and adjustment if required. When stimulated electrically, nerve fibres generate a compound action potential in response. This electrically-evoked compound action potential (ECAP) has been developed to ensure optimal placement of cochlear implants and the electrophysiology of the cochlear nerve has been well characterised. Nie et al. have been able to record ECAPs from the ampullary nerves of Rhesus monkeys and demonstrated good correlation between these ECAPs and electrically evoked eye movements [3]. This supports the hypothesis that ECAPs would be a suitable intraoperative test for electrode positioning in vestibular implantation and forms the basis of ongoing work in Cambridge where they are being studied intraoperatively in patients undergoing translabyrinthine vestibular schwannoma resection (Figure 2). 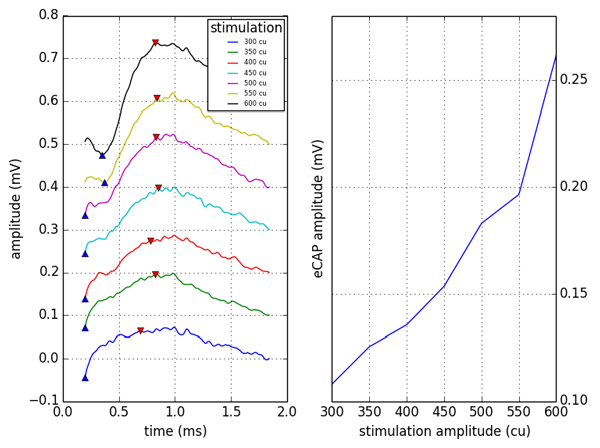 Figure 2: Intraoperative ECAP recording from lateral semicircular canal. Amplitude growth was tested by starting with astimulus amplitude of 300 current units (cu) and working up to a maximum of 600cu and demonstrated an increase in the amplitude of response. There was no current saturation at the levels used for stimulating.

ECAPs of the vestibular system have not yet been systematically studied in humans but have previously been recorded in a patient whose cochlear implant electrodes herniated into his vestibular system [5]. Neural response telemetry (NRT) of the electrodes within the vestibular system was very similar in appearance to that within cochlea although the amplitudes of the vestibular action potentials were higher than that of the cochlear potentials. They have also been used to confirm electrode position intraoperatively when performing implantation in patients with Ménière’s disease [6]. Ensuring that hearing is preserved following vestibular implantation has been identified as an important target in development of an implant as this will enable a greater number of people to benefit from it. If hearing cannot be reliably preserved then it could only be offered as a treatment to patients with profound hearing loss as well as bilateral vestibular dysfunction.

Auditory brainstem responses (ABR) have been measured in rhesus monkeys following implantation of electrodes into the semicircular canals of one labyrinth [7]. In one study five of eight cases showed that the click evoked ABR thresholds were within 10dB of the contralateral control ear. In the remaining three the difference varied from mild hearing loss with 18dB asymmetry to severe loss with 69dB. After five months, during which the electrodes were used multiple times to stimulate the ampullary nerves there was no deterioration in hearing. A more recent study in rhesus monkeys has confirmed that it is possible to implant a vestibular prosthesis without loss of residual rotational sensitivity or hearing. In five of seven cases hearing results were symmetrical (difference of <15dB between ears) after unilateral vestibular implantation [8]. There was a significant hearing loss in one case only. These findings have yet to be confirmed in human test subjects. In a recent study four participants with Ménière’s disease were implanted with vestibular prostheses but this led to significant loss of hearing on the implanted side [6]; this was felt to be due to the fragile nature of the hydropic ear. 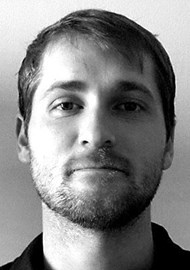 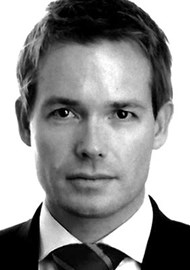