What’s in a name?
By Kate Granger

Kate Granger is a doctor and the founder of the #hellomynameis campaign; she is also a cancer patient. In this article she explains why she started the campaign, and why patient-centred care starts with an introduction. 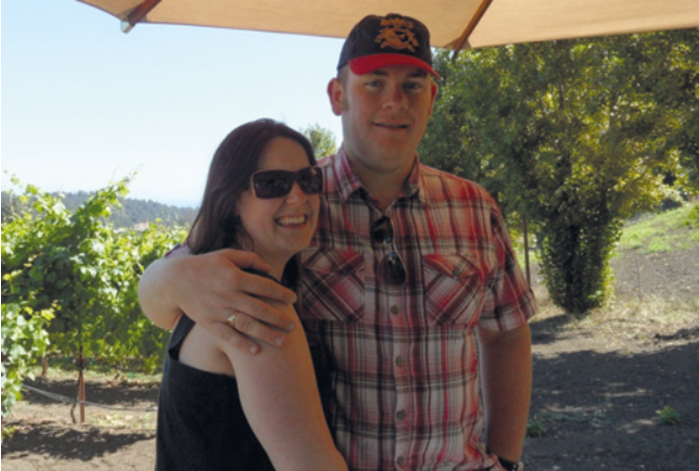 Chris and me the day before my cancer was diagnosed.

Hello my name is Dr Kate Granger and I’m the founder of the #hellomynameis campaign. This work has become an important part of my legacy to healthcare and here I will describe how the campaign began, grew into a global phenomenon and my future ambitions for the initiative.

I’m a specialist registrar working in medicine for older people in Yorkshire. I live with my husband, Chris, and enjoy baking, playing my flute and swimming. Four years ago at the age of 29, the normality of our lives was shattered when I was diagnosed with a very rare and aggressive form of soft tissue sarcoma.

This sudden illness presented with an obstructive uropathy. The cancer had already spread to my liver and bones, leaving me in a non-curative situation from the outset. I was thrust onto the other side of healthcare and was incredibly unwell. I needed bilateral nephrostomies, developed a severe episode of pyelonephritis and spent months in hospital wondering whether I was ever going to be well enough for palliative chemotherapy.

Eventually my health did improve enough to undergo treatment, which was intensive and difficult to tolerate. I managed five cycles until I reached a point where the burden of all the adverse effects began to outweigh any benefit chemotherapy was giving me. I was lucky in the sense that my cancer had responded well, but at this point I just wanted some normality back in my life. I wanted to go back to work, tick off my Bucket List and live without the endless scheduled and unscheduled trips to hospital.

I was reasonably well for 18 months until my cancer progressed again. Further chemotherapy rendered it dormant for another 12 months. I have been through the torment of chemotherapy on two further occasions since then, but the period of time between progressions is shortening, my bone marrow is groaning and the end of my life is approaching. 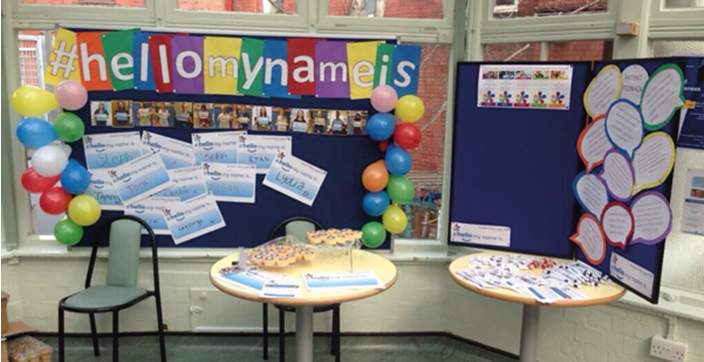 I have always been a very keen observer of the healthcare I receive. I like to think of it as a ‘secret shopper’ role and I often reflect on what makes a good or not so good patient experience. I use these reflections to improve how I practise medicine and share them to help other healthcare workers to understand the patient perspective a little better.

In August 2013 I needed my extra-anatomic ureteric stents replacing. This routine operation went without complication and I was discharged home the same day. Unfortunately 36 hours later I developed a fever and rigors signifying the onset of post-operative sepsis. We ended up back in hospital via the Emergency Department. I met a number of staff that evening. The junior doctor who clerked me was “one of the doctors”; the clinical support worker who cannulated me had no name; neither did the nurse who administered my antibiotics. This lack of introductions continued during my subsequent admission on the urology ward. It wasn’t just one particular professional group, but seemed to permeate through the whole hospital staff. However, when someone did introduce themselves, it made a massive difference to me; it made me feel safe and that I mattered.

One evening visiting time I discussed my observations with Chris and he simply told me to “stop whingeing and do something”. So we did. The idea was to use my already significant social media influence to start a conversation about the importance of introductions in healthcare. In doing so we hoped to encourage healthcare staff to change their behaviour and remember to introduce themselves. Chris came up with the catchy hashtag #hellomynameis and off we went on an incredible journey.

I started to tweet using the hashtag and wrote a blog [1], inviting healthcare staff to pledge to introduce themselves to their patients. Within days we were receiving hundreds of messages, not only from staff but also from patients, indicating that my experience was not a unique one. We designed a logo to give the campaign a visual identity and a website to collate resources and ideas [2].

“Introductions are about seeing the patient in front of you as a real person, not just a condition.”

Why do introductions matter?

As a patient you find yourself in a very vulnerable position. In order to be able to trust the people looking after you, somehow a connection needs to be made, often in extremely stressful circumstances. The easiest way for healthcare staff to build that relationship is by sharing a part of themselves, their name. Get the introduction right and the communication that follows on from there is much more likely to flow naturally such as finding out how the patient would like to be addressed, explaining your role and what you intend to do. I believe it is also about power. Healthcare professionals know so much intimate detail about you before they even meet you, whereas as the patient you are often in the dark when it comes to information. Sharing names can try to redress that power imbalance somewhat and empower the patient to be a more equal partner in their own care. Introductions are about seeing the patient in front of you as a real person, not just a condition. 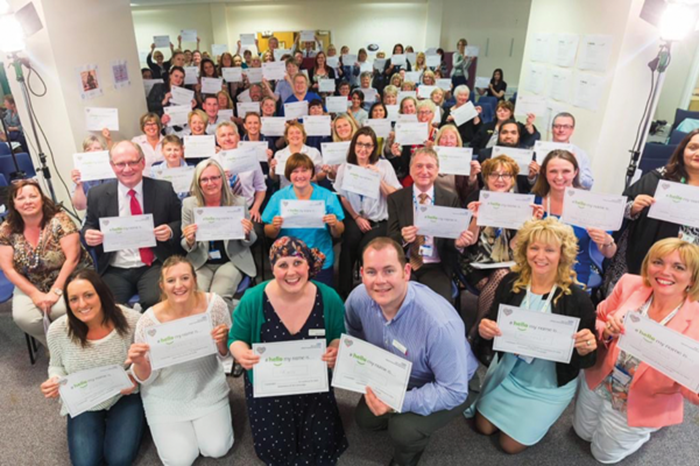 On tour at East Lancashire CCG.

The campaign immediately struck a chord with people across health and social care. It resonated with everyone from first year student nurse and porter to medical director and chief executive. The logo began to pop up on conference name badges, in clinical areas, on lanyards and badges, on computer screensavers and posters. The creativity of people was amazing with many staff holding their own events to promote the idea in their workplaces.

I received numerous invitations to write articles and blogs [3], and to speak at conferences all over the country sharing the story behind the campaign [4].

We collaborated with the Listening into Action network to grow the idea further. They invited every NHS organisation in the country to be part of a national launch in February 2015 and received well over 100 positive responses. The big day was covered extensively by the media and the hashtag trended on Twitter all day [5].

In order to keep the momentum going Chris and I took the campaign on a UK tour in June 2015. We visited 16 healthcare organisations over a week long period, covering over 2000 miles and meeting nearly 2000 members of staff. The warm reception we received at every venue was humbling and it was a great opportunity to share my narrative with frontline staff.

Due to the awesome reach of social media the campaign has spread outside the UK, across Europe, the USA, Canada, Australia, New Zealand, South Africa, Sierra Leone, Saudi Arabia and India.

It is difficult to measure the impact of a simple idea like this, but we are starting to receive data from quality improvement projects inspired by the campaign. Leicester hospitals saw a huge improvement in their patient experience survey domains that look at communication. Doncaster hospital saw a significant improvement in their Friends and Family Test scores after the campaign was introduced there. We can also use analytics to measure how much the hashtag is being used on Twitter. In the past two years it has made over 800 million impressions and averages at six tweets per hour.

Although I’m dying I remain an ambitious individual and I have an ambition for the campaign. I would like to be able to go into any healthcare institute in the UK and ask any member of staff about #hellomynameis, and for them to be able to tell me why introductions matter. I believe compassion is something very precious in healthcare and in order to deliver outstanding compassionate care we need to start with a connection between two human beings.

ABOUT THE AUTHOR (from our 2016 print issues)

Dr Kate Granger is a final year Specialist Registrar in Medicine for Older People based at Pinderfields Hospital in Wakefield. Her main clinical focus is improving how older people who are dying in the acute hospital setting are looked after. She is also a passionate, dedicated medical teacher and a strong advocate for quality improvement. What makes Kate unusual is that she is also a terminally ill cancer patient, diagnosed with a rare form of metastatic sarcoma in summer 2011. She has shared her experience of illness and medicine on the other side of the fence widely through books, her blog and Twitter. As an outspoken activist for compassionate and person-centred care she also founded the global and influential #hellomynameis campaign, which aims to inspire all healthcare workers to introduce themselves to every patient they meet and see the person behind the disease. She was awarded an MBE in the New Year’s Honours List 2015 for her services to the NHS and improving care. 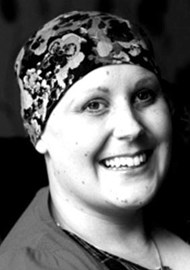