Why is a Raven like a writing desk? Some reflections on countertenors and castrati
By Nicholas Clapton

The countertenor voice has seen a resurgence in popularity in the last 50 years. Nicholas Clapton is one of the foremost performers and teachers of his generation, and he tells us here about the link between countertenors and the (fortunately historic!) castrati.

It is now almost 50 years since the death of Alfred Deller, widely regarded as the first great countertenor of modern times. He, more or less single-handedly, caused the music of composers like Dowland and Purcell to be regarded as ‘home territory’ for his voice type, though recent research has cast a great deal of doubt upon this assumption [1].

With his strongly Anglican singing background, his forays into Italian repertoire were rarer, and I think one might safely consider them to be some of his less successful performances, stylistically and linguistically rather stilted, as can be heard in the one complete Handel opera he recorded: Sosarme, dating from 1954.

Though countertenors today abound, and many are as at home on the opera stage as in the recital hall or choir stall, are they really a close match to the castrati whose roles they often perform, or are the two voices as far apart as the Carrollian reference in my title might imply? Nearly all modern singers who call themselves ‘countertenors’ are in fact falsettists, with frequently some use of modal voice for lower notes, preferably matched in tone quality by considerable practice. (Consideration of the French haute-contre, and similar voices, is beyond the scope of this article, but see S Ravens: The Supernatural Voice. Woodbridge; 2014, passim).

“Nearly all modern singers who call themselves ‘countertenors’ are in fact falsettists, with frequently some use of modal voice for lower notes.”

Far from the exquisite Deller or the hooty denizens of cathedral choir back rows much despised in years past, in the last two decades or so the best countertenors have developed supercharged, powerful voices, very capable of convincing portayals of heroic roles in the opere serie where the castrati once reigned supreme: for example, Franco Fagioli singing the castrato role of Arbace in Leonardo Vinci’s opera Artaserse (www.youtube.com/watch?v=rXmF6h3Yd_A). Nonetheless, their voices function in a completely different way from that of a castrato, whose lack of testosterone and the concomitant voice-break led to him singing with a vocal mechanism little, if at all, altered from that of a child, though adult cranial structures would have contributed to changes in vocal quality. 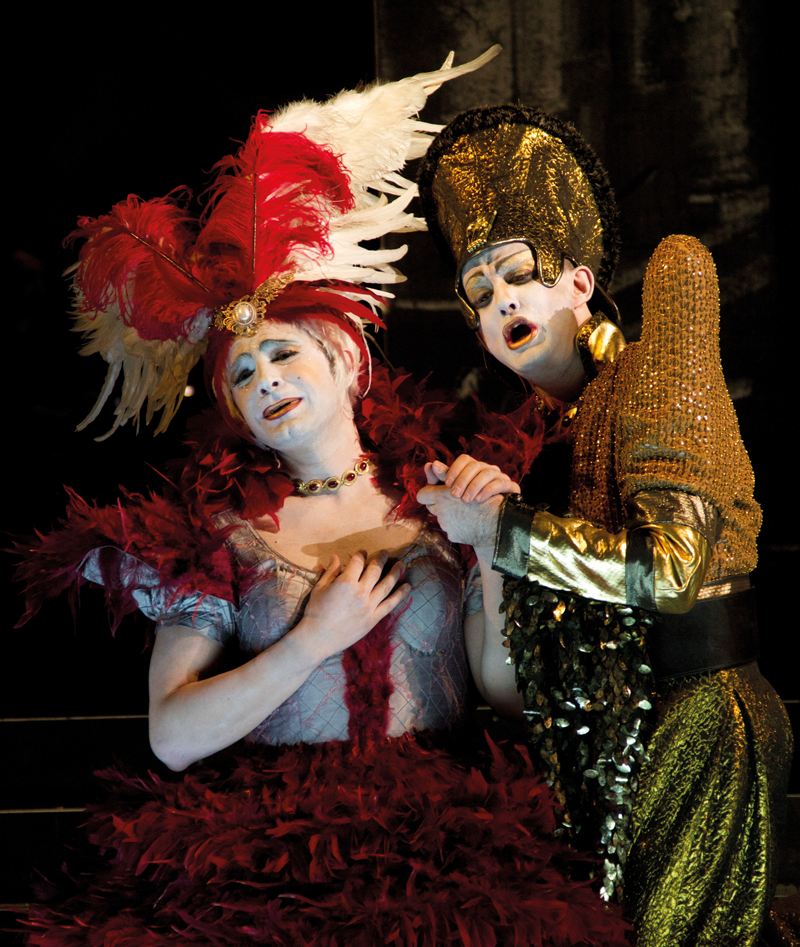 The training of this voice was a long and painstaking business, but with no voice crisis during the teenage years, it could continue unbroken until at least the young singer’s debut, which often seems very early by modern standards: Farinelli, probably the greatest of all the castrati, first performed on a public stage at the age of 17. The absence of the male sex hormone during a castrato’s teenage years also meant that the epiphyses of the bone joints took a lot longer than normal to harden. This frequently led to their developing abnormally large chests and the concomitant possession of enormous breath capacity: a passage from one aria in Farinelli’s repertoire, contains around a thousand notes in the course of about a minute’s music, and without space for breath (see Farinelli’s own ornaments for his brother, Riccardo Broschi’s version of the aria ‘Son qual nave’, inserted in Johann Adolf Hasse’s opera Artaserse). This is a far cry from the falsetto register’s physiological tendency to leak air, which all countertenors minimise, but can never entirely eliminate.

In attempting to describe the resemblances, or lack thereof, between castrati and countertenors, the only extant recordings of a castrato must not be ignored. (One track can be heard at www.youtube.com/watch?v=KLjvfqnD0ws. The whole CD is available commercially on Pearl 9823 or Truesound 3040). Many commentators have described them as being of poor quality and by a poor singer (with neither assertion do I agree) but, though Alessandro Moreschi was no Farinelli (nor was he trained in the latter’s operatic style), important facts about castrato technique can be inferred from his performances, two of which are particularly different from the singing of any falsettist. Firstly, there is a clear ‘break’ in his voice around C#’’ or D’’, below which he sings in a full-voiced ‘chest’ register, which might be likened to a hugely developed boy soprano in the continental mode of, say, the Escolania de Montserrat, and above which the voice partakes more of a ‘head register’, lighter in production, but capable of a full range of dynamics.

The falsettist countertenor’s voice is constructed in an entirely different way. Most countertenors are naturally gifted with the ability to sing lower pitches than is usual in the falsetto register, and to retain this they need to be cautious in using modal voice, restricting it very much to their lower range, for this enables such notes to be more audible in performance. They usually have baritone or bass speaking voices, the upper limit of which falls around A/B, whereas a soprano castrato like Moreschi used his modal production for more than another octave above that. A countertenor’s falsetto may extend to F’’ or G’’, or if a soprano falsettist, as high as C’’’ or above but, unlike the castrato’s head voice, it will tend to become louder and less capable of dynamic flexibility as it rises.

“Though Alessandro Moreschi was no Farinelli, important facts about castrato technique can be inferred from his performances, two of which are particularly different from the singing of any falsettist.”

Hormonally, countertenors are completely normal but another anomalous result of the castrato’s ‘operation’ has been revealed in recent research on the skeletal remains of Farinelli: he suffered from hyperostosis frontalis interna [2], which may have contributed considerably to high resonances in his voice, and may also account for the often encountered comments on the piercing power of the castrato instrument. Of Moreschi, one witness wrote: ‘When his voice rose above the choir in a crescendo, it overpowered the accompanying boy sopranos as completely as a searchlight outshines a little candle’ [3].

Countertenors may share the range of the castrati, but they do not share their vocal production: this is a physical impossibility. Modern operatic fashion often sees them filling the stage shoes of their great predecessors, but this has to be much more a matter of simulating their performance manner than imitating their vocal matter. Today’s countertenors can achieve remarkable results, allowing them to stand alongside more ‘ordinary’ voices with total confidence, but re-creation has its limits.

Nicholas Clapton is a countertenor, singing teacher, and writer on music. His 30 year singing career has seen him give 40 world premieres, and perform a wide-ranging repertoire of music from seven centuries, in eight languages, and on five continents. He was a professor of singing at the Royal Academy of Music, London, for 20 years, and gives master classes at the Dartington International Summer School, the Kodály Institute, Kecskemét, and as a faculty member for the renowned Si parla, si canta summer programme in Urbania, Italy. His books include Alessandro Moreschi and the Voice of the Castrato (2008), Budapest, City of Music (2009), and Thoughts on Singing (2014). 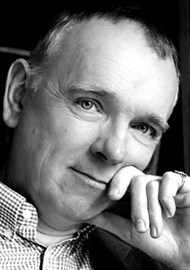