Many of us were told as children that we would get square eyes from watching too much television. But spare a thought for those late Victorian ladies, embracing their first taste of liberty on a bicycle, who were threatened with cultivating a ‘Bicycle Face’.

During the 1890s, an insatiable appetite for bicycling gripped the middle classes on both sides of the Atlantic. Society was beginning to recognise that cleanliness alone was insufficient to ward off disease. Enthusiastic sanitary reformers declared the bicycle to be a panacea for all manner of ills caused by modern city living: asthma, dyspepsia, and poor memory, to name but a few [1].

However, many physicians were cautious of the effects of this craze and counselled the public accordingly. The unnatural position of the bicyclist could cause inguinal hernias and ‘kyphosis bicyclistarum’ [1]. The BMJ reported bicycling could exacerbate chest problems, cause urethritis and should be avoided in women suffering from ‘pelvic mischief’ [2].

Many thought women (as the weaker sex) were particularly susceptible to the evils of bicycling. Nowhere was this more apparent than in the cautions against Bicycle Face. The physician, Arabella Kenealy, warned girls that too much bicycling would transform their feminine charms to masculine traits [3]. Worse still, ruddy cheeks from sun exposure and a strained expression in the muscles of the face could eventually result in a deterioration in the nerves, a headache and by some accounts, even dementia [4].

Kenealy’s concerns originated from her stance as a Darwinist and Eugenicist. Female traits were supposedly inherited down the female line, and women deviating from the Victorian ideal of embodying an ‘Angel in the House’ would corrupt the race by passing these characteristics to their daughters [4]. Furthermore, bicycling could lead to moral corruption – from the freedom to travel to the conspicuous knickerbockers worn, it was most unladylike.

However, the rise of the female bicyclist coincided with the age of the ‘New Woman’ – an educated, liberated and confident citizen. The writer and suffragist Alice Meynell felt that bicycling could improve the constitution of women, whose mental and physical capabilities were limited only by men’s subjection. Sarah Hackett Stevenson, an American physician, wrote that bicycling was an excellent means for development for women, and “the lost beauty of many delicate women may be recovered if they ride”[5]. She assured readers that Bicycle Face soon dissipates once a woman has attained proficiency in the exercise.

Thus, in the 1890s the debate over Bicycle Face was presented as a medical examination of the effects of new technology; today it is a neat representation of the shifting cultural, social and biological theories of the late Victorian era, in particular the tension between the ‘New Woman’ and ‘The Angel of the House’. 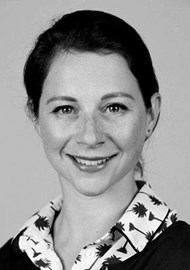