Draffin’s rods or bipods are a well-known ENT instrument. Before their invention in 1951, the attendant anaesthetist or nurse was obliged to support the mouthgag during tonsillectomy.

Their originator, David Alexander Draffin (born in 1917 in Ballybey, Co Monaghan), was a surgeon of courage, wit and great charm [1]. Newly qualified from Queen’s, Belfast, when the war broke out in 1939, he joined the British Expeditionary Force. As the youngest ever Regimental Medical Officer to the 2nd Royal Norfolk Regiment, he was involved in the notorious war crime at La Paradis in which SS troops herded 97 British soldiers into a barn and machine-gunned them [2].

Somehow Draffin escaped, but his luck did not hold out for long. He was soon captured and remained in German hands for most of the war. Under the terms of the Geneva Conventions, an army medical officer cannot be incarcerated as a ‘prisoner of war,’ as such, if they opt to become a ‘detained person’ instead. The downside of this agreement is that you must give your parole not to escape. Clearly Draffin would not accede to this. He spent the whole of the war escaping and helping others to escape. 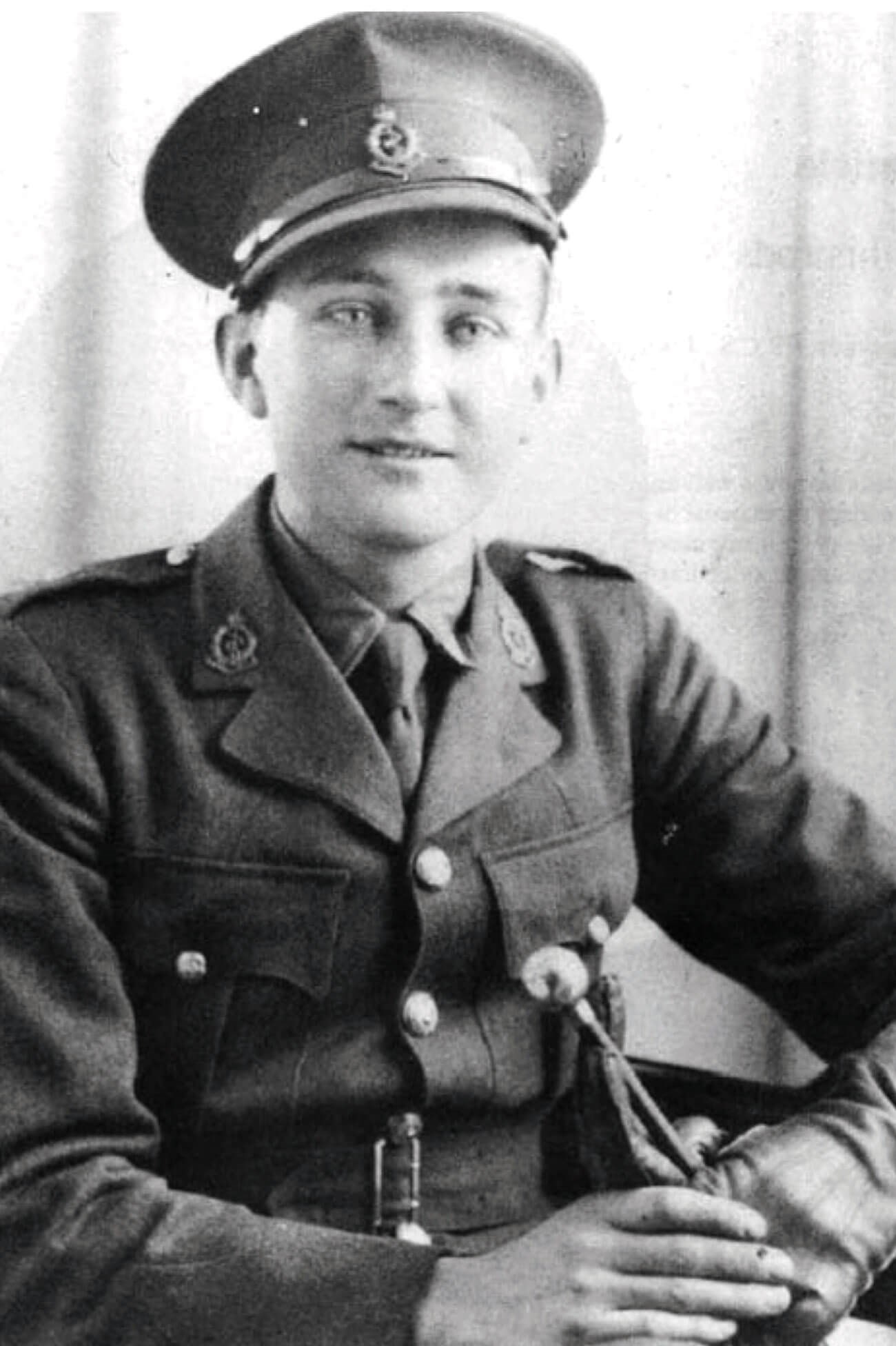 So much so that the question, “Did you meet Draffin in your travels?” became a password to test the veracity of possible escapers. He planned multiple escape attempts and acts of insurgence. According to one Dunkirk veteran, he managed to save 90 of his fellow prisoners during one of his escape plans [3]. After continued escape attempts, followed by numerous terms of solitary confinement, he was eventually transferred to Colditz Castle, where he remained from August 1943 until September 1944.

Despite continued efforts to escape from this notorious stronghold, he never succeeded in getting free from his German captors. When it was clear that the Russians were about to take over the castle, however, he saved the honour (and perhaps the lives) of the six German nurses at the prison hospital by hiding them in a cellar and putting a sign on the door in German, Russian and English, ‘Typhus Ward – Keep Out’! Because of his distrust of the Russians, he then made good his own escape from his liberators by swimming all the way across the raging River Elbe to the American Second Army.

After the war he became an ENT surgeon, but despite numerous attempts, he never passed the fellowship exams. I was told this was related to his intransigence with respect to a question about tonsillectomy primary haemorrhage [4].

He was more successful as a property dealer and ended up owning two Rolls-Royces. This might explain his downfall. In 1965, he was summoned to appear before the GMC on a drink-driving charge. Playful to the last, he failed to appear, claiming he was too busy reading Gibbon’s ‘Rise and Fall of the Roman Empire’! He was struck off. Six days later he was found dead in his flat. Despite several rumours about his death, the post-mortem confirmed that the cause of death was myocardial infarction.