From Hippocrates to COVID-19: sniffing out the disease
By Jia Yin Tan

The ancient Greek physician, Hippocrates, used the ‘art of smell’ to diagnose diseases around 400BC. He also formulated miasmatic theory, which posited that disease is caused by bad smells. Bad air was strongly believed by many physicians to be the main cause of illness during the Middle Ages and through into the Renaissance. Jaume d’Agramunt, a Catalan doctor, who wrote the first-known plague tractate in 1348 about the Black Death, described the various qualities of air and the processes that caused it to become corrupt [1].

Plague doctors wore spectacles and beaked masks to protect themselves from the miasma. The beaks contained aromatic substances, which were thought to fumigate the diseased air. Even after germ theory had replaced ideas about miasma, the link between smell and disease continued to spark curiosity. Indeed, the name ‘malaria’ is a legacy from the old theory and comes from the Italian ‘mala aria’, which means ‘bad air’. 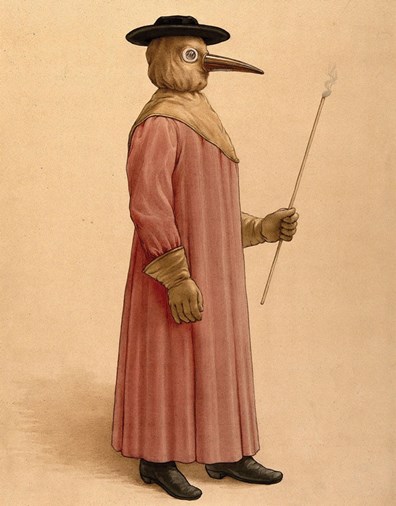 Scientist, engineer and inventor, Alexander Graham Bell, mused in 1914: “Did you ever try to measure a smell? … But until you can measure their likeness and differences you can have no science of odour.” Since smells are volatile, the discovery in the 1920s that electrical impulses could be measured in a fine spray of water paved the way for the invention of a microelectrode for measuring aromas [2]. This led to an analysis of mammalian discrimination mechanisms and the idea of odour classification based on a chemical array sensor system in 1982 [3]. Then in 1989, technology was developed for imitating the mammalian olfactory system and the concept of artificial olfaction eventually emerged at the NATO Advanced Workshop on Chemosensory Information Processing [2,4].

The electronic nose (or eNose) is an instrument which is able to classify odours using chemical sensors with pattern-recognition software. In addition to its use in medical diagnosis [4], application-specific electronic noses are, at present, used in many other industries including food and drinks, environmental monitoring and the military.

Chemical sensors can be programmed to analyse compounds from exhaled breath or vapours from bodily fluids. The eNose is clearly able to detect and identify pathogens associated with ENT infections and distinguish between cerebrospinal fluid from serum [4,5]. More recently, it was used to analyse volatile organic compounds in the exhaled breath of patients with COVID-19 infection. This demonstrates its potential for excluding patients with the virus from elective surgery [6].

In the light of rapid advancements in artificial intelligence, machine-learning algorithms and computational capabilities, it is likely that artificial olfaction will inevitably continue to progress. More complex odours will be able to be sniffed out as increasingly diverse sensing materials are invented. This emerging technology is not only non-invasive, quick and economical but also has the potential to be used as a front-line point-of-care diagnostic tool in the healthcare industry [2]. 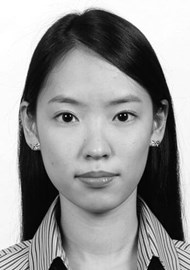