Not just the scissors: the story of Myron Metzenbaum
By Michael Walsh

Myron Metzenbaum was born in Cleveland, Ohio (USA) in 1876, the fourth of nine children. As a young man, he worked in the family’s linen store, where his father was well known to be very kind to the less fortunate in society.

His patients later affirmed that his father’s philanthropy had had a positive influence on young Myron. After nearly burning down his school (Adelbert College) in a science experiment, his teachers suggested that he change his studies from science to languages, but he exclaimed: “What use is a second language in medicine?” [1]. The contemporary USA perception would appear to be one of a smaller world! 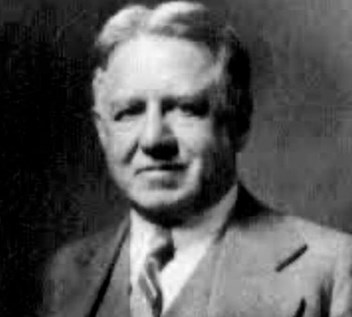 He gained a medical degree from Wooster Medical College, which merged to form Case Western University, where he studied under the prolific George Crile Snr. His duties included giving open ether anaesthesia at St Alexis hospital, and he published a case series of over 650 patients in JAMA 1906 [2]. Metzenbaum developed a keen interest in the new diagnostic and therapeutic modalities of radiation, and travelled to Budapest, Vienna, and Berlin to learn from the foremost authorities on the subject. In 1903, he published another case series, ‘Radium - its Value in Medicine’ expounding the therapeutic benefits of low dose radium for erythematous lupoid, basal cell carcinomas and epitheliomas [3]. He followed this up in 1904 with ‘Radium, radioactive substances and aluminium with experimental of the same’ in which he advocated cautious use of such agents for fear of “death producing agents to all living cells.” Metzenbaum did not stay in the laboratory; he borrowed Crile’s, horse and buggy and made excursions to the poorer neighbourhoods of Cleveland, to assess and appraise the ambulance services. He found significant conflicts of interest, since many of the privately-run ambulances were in fact owned by undertakers. He worked with the local hospitals and police departments to ensure that all ambulance personnel were first aid trained, a prerequisite for a paramedic, one would have thought! Many cities throughout the country soon followed in the protocol Metzenbaum had developed.

In 1910, Metzenbaum attained American Board certification in Otolaryngology and continued to work in the Crile clinic (which became the Cleveland clinic). His innovative ideas prospered here, and he soon developed the lightweight, long-handled scissors, for which his name is synonymous. They were in fact born out of necessity, owing to his small hands and reduced dexterity with larger scissors during tonsillectomy. Metzenbaum did not apply for a patent or copyright on the ‘Metz’ scissors which have proved to be a mainstay for soft tissue dissection throughout the world.

He went on to publish many more papers and made particular contributions to nasal reconstruction, focusing on both open and closed techniques. Metzenbaum died suddenly at the age of 68 from a heart attack. Throughout his career he exhibited empathy, innovation, diligence and probity as a doctor. His legacy is evidently much more than the scissors with which everybody associates his name.