Phineas Fletcher and The Purple Island
By John Riddington Young

The Reverend Phineas Fletcher was a 17th century poet whose epic poem, The Purple Island describes the anatomy of the human body. Not only poets, but contemporary anatomists believed in two important concepts, correspondences and signatures. They thought that when God created the universe, He made certain corresponding similarities throughout creation [1].

An excellent example of a signature is the similarity between a walnut and the cranium. The kernel of a walnut bears a striking resemblance to the human brain and the protective nutshell is a correspondence of the skull. These signatures were thought to be an indication to the herbalist of efficacy of herbs in therapeutics. In More's Antidote Agaynste Atheisme, he says that walnuts bear the whole signature of the head; he then goes on, the outward green cortex answers to the pericranium (or dura), and a salt made of it is singularly good for wounds in that part; as the kernel is good for the brains, of which it resembles [2]. 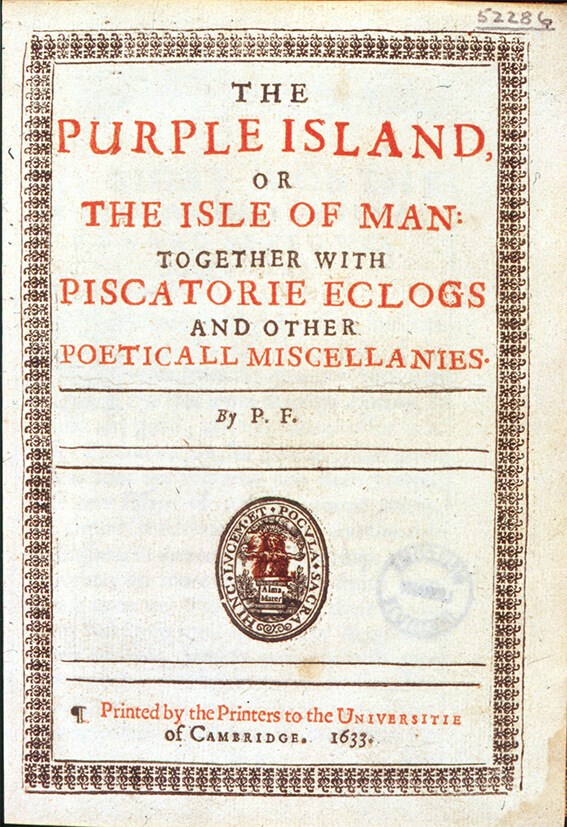 In his poem, Fletcher finds the most obscure correspondences and signatures to compare every part of the human body to the Earth [3]. Fletcher lived the idyllic existence of rural parson in Norfolk. Apart from his pastoral work, the two great loves in his life were anatomy and angling [4].

The Purple Island describes the ear as a series of rooms in a house, one containing the ossicles; a hammer... Fixt in the hollow stithe, (incus), whose ‘longer foot’ in the stirrup surely plac't [5]; it is however in his poetical description of the theory of hearing where he really excels. He describes the transmission of sound to that third room, the inner ear, (which, it was believed, contained air):

‘As when a stone, troubling the quiet waters,
Prints in the angry stream a wrinkle round,
Which soon another and another scatters,
Till all the alike with circles now is crown’d
All so the aire struck with some violence nigh,
Begets a world of circles in the skie:
All which infected move with sounding quality.
These at Auditus’ palace soon arriving,
Enter the gate, and strike the warning drumme;
To these three instruments fit motion giving,
Which every voice discern: then that third room
Sharpens each sound, and quick conveys it thence;
Till by the flying poaste ‘tis hurri’d hence,
And in an instant brought unto the judging sense. [6]’

During Fletcher's life, and for about a century after his death, the wonderful poem enjoyed popularity and is thought to have influenced John Milton. In 1918 James Joyce, whilst in Trieste writing Ulysses, told his friend Frank Budgen, the Irish painter, “among other things, my book is an epic of the human body. The only man I know who has attempted the same thing is Phineas Fletcher.” [7]

The Purple Island has been described as an incongruous fusion of poetry and science [8]. It has been acknowledged as not only one of the best, but also one of the last great examples of the tradition of poetic correspondence in English literature [9].