Most head and neck surgeons and ENT-specialists may know that the first laryngectomy for cancer was performed by Billroth on 31 December 1873. Billroth´s assistant, Vincenz Czerny, had outlined the operation in experimental surgery on dogs in 1870. Three years later, Billroth performed laryngectomy on the first human patient.

The patient survived the operation for seven months, but many questions, which accompanied laryngectomy, had not been answered and therefore the results of this new method were not convincing. Almost half of the patients died soon after the operation because of complications such as fistulas, haemorrhage, shock, mediastinitis and bronchopneumonia [1,2]. 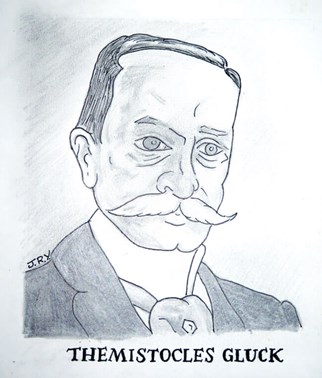 At the first International Laryngological Conference in London in 1881, the majority of the surgeons advised against total laryngectomy owing to the poor results of the new operation [3]. In 1888, Sendziak from Warsaw reported on over 110 larynx removals, which still had an operative mortality of about 45% [4]. In the ensuing years these numbers became a little bit more favourable; postoperative mortality dropped from 44% to 8.5% between 1889 and 1900 and long-term survival rose from 4% to 44% [5]. This positive trend is generally attributed to modifications, which were developed by Themistocles Gluck and his co-worker, Johannes Sörensen.

In 1877 Gluck took a position as an army surgeon in the Balkan Wars. His participation in the Balkan Wars became crucial for the development of his concept of laryngectomy a few years later, because he had to treat a patient with a gunshot wound to the larynx, which triggered the development of his concept of the ‘prophylactic resection of the trachea’. In this publication from 1881, Gluck and his co-worker Zeller described the separation of the trachea from the larynx and pharyngo-oesophagus. The trachea´s orifice was sutured directly to the skin of the neck. The separation of the airway from the neopharynx prevented saliva and wound secretions from draining into the airway. Gluck and his co-worker, Sörensen refined their technique and were able to present excellent results. Their work was not acknowledged in German-speaking countries but, abroad, Gluck´s reputation grew.

The French surgeons Péan, Ollier and Vanlair adopted Gluck´s concept of the prophylactic resection of the trachea in the 1890s. The necessity to separate the trachea from the pharyngo-oesophagus was not only recognised by Gluck and his co-workers; similar approaches were pursued by Francesco Durante in Italy [6] and da Silva Solis-Cohen in the USA [7]. For his many merits in the field of surgery, Gluck was later shortlisted to receive a Nobel prize in 1933 [8]. 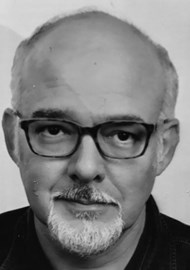