All change at British Tinnitus Association 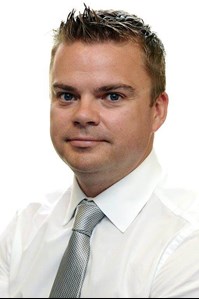 David Stockdale, the Chief Executive of the British Tinnitus Association (BTA), will step down from the charity in June 2022 after 12 years at the helm.

During his tenure, David has guided the organisation’s growth from supporting 300,000 people with tinnitus to helping almost 2 million people in the UK each year. David has led the BTA to invest record funding into tinnitus research and the BTA has become one of the leading investors in tinnitus research worldwide.

David commented: “After 12 amazing years I have decided to take on a new challenge. This has been an extremely difficult decision to make – I love working with and for the BTA and the tinnitus community it serves. I am proud of all we have achieved and what is planned for the future.”

He added: “I have always sought to lead the BTA to do what serves the best interests of those living with tinnitus, combining support with research. However, it is time for someone else to have the honour of leading the BTA.”

Lynne Gillon, chair of the BTA, said: “I would like to thank David for his huge commitment and dedication to the BTA, and all he has helped us achieve and wish him every success in his new endeavour. I know David will be very much missed by many people in the tinnitus community.

“The BTA trustee board are particularly grateful to David for having built the charity from an income of £300,000 to over £1.3m and creating the infrastructure whereby the team can move forward with confidence into the next phase of major growth. Thanks to David, we are now in a position of strength to take forward our flagship project – creating a Tinnitus Biobank – which will transform our understanding and knowledge of tinnitus.

“We have begun our search for David’s successor, who will be someone with the energy and passion to continue this essential work and create long-lasting benefits for people living with tinnitus around the globe.”