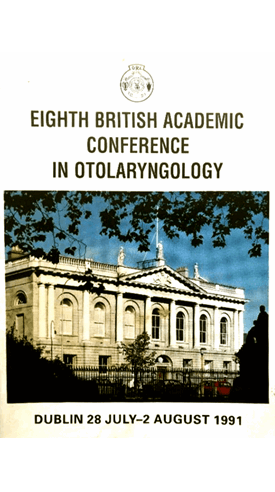 In anticipation of BACO 2020, Musheer Hussain takes a look back at some of the BACO conferences of past years, beginning with a memorable few days in Dublin in 1991.

I have been fortunate enough to have had the opportunity to attend every British Academic Conference since 1987, originally as a trainee and now, for the last eight BACOs, as a consultant. The following narrative is based on information that is available in print, my own observations and some comments and anecdotes. I accept responsibility for what I have written, and will be writing similar narratives for the other seven conferences in time for BACO 2020 in Birmingham.

The British Academic Conference (BACO) held in Dublin in July 1991 was of some significance. After the Bristol 1983 and Glasgow 1987 conferences, BACO truly represented the British Isles – a much welcomed move. The delegates would not be disappointed: what awaited them across the Irish Sea was an outstanding educational meeting, a social programme that is long-remembered and a conference dinner that broke the mould.

The committees and officers for the conference included, unusually, a representative of the American Academy of Otolaryngology Head & Neck Surgery: M Stuart Strong MD. Tony Bull was Chair of the academic committee with Martin Bailey as Secretary. The former President of the RCS in Ireland, John McAuliffe-Curtin, chaired the executive committee with Eric Fenelon as Secretary.

Interestingly, there was no organising committee, so some members of the executive committee put a lot of effort into getting the conference going. For example, the two then ‘new kids on the block’, Alex Blayney and Mike Walsh, in t-shirts and jeans, were both busy with the scientific exhibition and generally firefighting from behind the scenes. With no event organising company, it was to the organisers’ credit that all seemed to run so smoothly.

The large contingent of American speakers at the conference, all leaders in their respective fields, included Messrs Austin, Brackmann, Cook, Cotton, Crumley, de Santo, Guilleminault, Healy, Hough, Kennedy, Lucenti, Lusk, Pearson, Pulec, Tardy and Zinreich. The European speakers included Messrs Deguine, Fisch, Portmann, Stammberger, Thomsen, Tjellstrom, Tos, Walter, Weerda and Wielinga. What more could one ask? As a junior registrar, all the names I could think of from Canada, the UK and the Irish Republic were there as well. The problem, as ever, was what to leave out. The education programme was, unsurprisingly, hugely popular.

The social programme following the inaugural function on Sunday conformed to what was, in those days, the usual BACO pattern of five-day meetings, with the master’s reception on Monday and the afternoon garden party on Wednesday. As it happened, Ireland had just hosted its first EU summit and the Garda had been equipped with a new fleet of high-speed motorbikes, which fortunately provided a police escort out to the garden party in Wicklow, the officers doing the odd ‘wheelie’ to demonstrate their new-found prowess; their skilful traffic management ensured a seamless journey through the evening traffic. The party at the vast estate at Killruddery included musical entertainment and a splendid display of Irish dancing. A great time was had by all.

Unusually, the Irish Minister of Health gave a reception in the state apartments of Dublin Castle on Tuesday. It was a privilege for delegates to see these state apartments, such an important part of Irish history.

The banquet was held in the Keadeen Hotel, Co. Kildare, about 30 miles from Dublin. A wonderful building – and a seating arrangement that had been given some thought! Trainees were seated with a guest speaker or professor from abroad, along with other guests. It was a great opportunity to make contact and learn. The guest speaker was Sean Sellars from South Africa. During dinner, unbeknown to the delegates, a special guest appeared: to see a smiling Mary Robinson, the President of Ireland, arrive among the dinner guests was a sensational moment. At the height of her political career, she was one of the most recognised women on earth. This was a singular honour, and we were all overwhelmed. Once dinner was over and the welcoming speech done, the Master, Sir Donald, handed out prizes for the best paper or research. I recall that the prize was awarded to a piece of work from Edinburgh Infirmary, and in the absence of the first author, Arnold Maran was invited to receive the prize. Arnold walked to the high table in an animated, zippy style – a movement to the left and a movement to the right in tune with the clapping and the Master’s flow of words. A true jazzman!

The host then invited the President of the Republic to speak. Mary Robinson spoke extempore and effortlessly. The speech lasted some 45 minutes, engaging her audience with a combination of wit and humour and a captivating life story. Middle England was eating out of her hand. Mary Robinson had been the only major Republic of Ireland politician opposed to the Anglo-Irish Agreement signed by Prime Ministers Gerrard Fitzgerald and Margaret Thatcher on the grounds that the unionists in Northern Ireland had not been fairly consulted. I was later told by a consultant that Robinson’s book had sold out at Dublin airport the next day, as returning delegates bought up every copy in the airport book shops.

Sean Sellars, the guest speaker, spoke next. A creature of habit, he gave a prepared speech, oblivious to the lateness of the hour. It was a very long speech. A colleague describes how during his talk the officers waiting to whisk the President home would start getting up at the end of a long paragraph, thinking the speech was coming to an end, only to sit down again. Unfortunately, his speech contained sections which, in my view, could have been left out. It all ended at the midnight hour.

The final session of the conference took place the following morning, with none other than Sean Sellars on the panel of controversies and dilemmas in laryngology. I am sure he did not enjoy that session.

BACO 1991 in Dublin was an excellent meeting in all departments, and the Dublin organisers succeeded in producing a highly successful – and very memorable – conference.

Musheer Hussain is an Honorary Professor and Consultant ENT Surgeon at Ninewells Hospital and the University of Dundee Medical School. He is currently on a reading year at the school of history, University of St Andrews. He is honorary archivist for BACO. ssmh@st-andrews.ac.uk musheer.hussain@nhs.net

BACO 2020 will take place 8-10 July at Birmingham’s ICC, and bring together over 1500 ENT doctors, nurses, specialist consultants and care professionals for three days of keynote, plenary and instructional sessions, practical surgical demonstrations, cadaveric sessions and clinical skills training. There will be an extensive trade exhibition and poster display, and unrivalled opportunities for networking. For more information, please visit www.baco2020.org 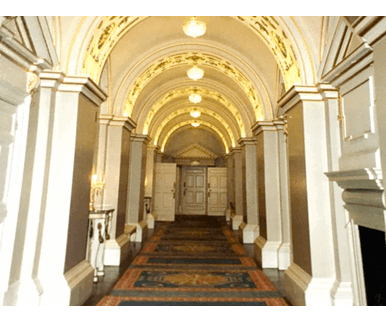 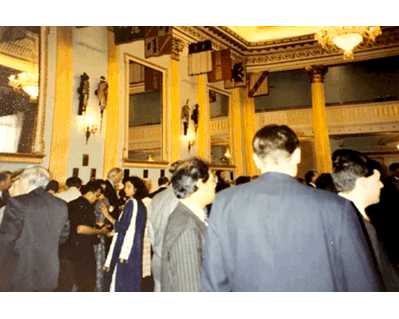