Call to enter WHO Film Festival 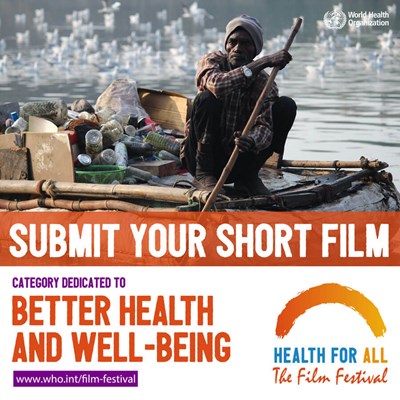 Submissions for the fourth edition of the Health for All Film Festival (HAFF) are open until 31 January 2023. Run by the World Health Oganisation (WHO), the HAFF celebrates the art of short films as a means of raising awareness of global health issues.

WHO invites video creators from all over the world to submit their short documentaries, fiction or animation films of three to eight minutes for the categories of better health and well-being and universal health coverage in the context of vision and eye care and/or ear and hearing care. This is a great opportunity for film and video innovators to champion these important areas of health.

A selection of about 70 short films will be presented in April 2023 on the WHO’s YouTube channel and WHO film festival homepage. Winners will be announced by mid-May 2023.