ENT bodies stand up for Ukraine 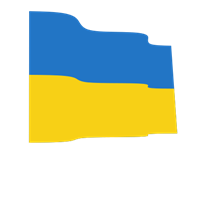 Leading ENT organisations have made a stand against Russia’s war in Ukraine. The International Federation of ORL Societies (IFOS), which represents over 50,000 otolaryngologists, and the European Society of Paediatric Otorhinolaryngology (ESPO), which represents paediatric ENT in Europe, have issued statements condemning the invasion. The Confederation of European Otorhinolaryngology – Head and Neck Surgery (CEORL-HNS) has followed suit as has the European Laryngological Society (ELSOC)  and the European Academy of Otology and Neurotology (EAONO). 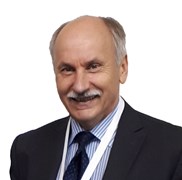 IFOS has said it is “deeply concerned and shocked” by the Russian action and has halted its training and educational activities in Russia and Belarus, “the other aggressor in this war,” according to European Union President Ursula von der Leyen. 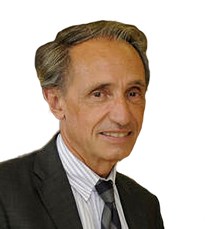 However, Milan Profant (right), IFOS General Secretary, and Bernard Fraysse (left), IFOS President, said they will not exclude Russian and Belarussian ORL and HNS societies unless they “openly support” the Russian invasion.

Also expressing “great concern and sadness” is ESPO, which has suspended Russia from its membership until further notice.

In a statement, Jean-Michel Triglia, ESPO President, and Martin Bailey, ESPO Secretary-General, said they did not hold Russian members accountable for the atrocities in Ukraine and would not sanction or exclude them. However, they said they could not “take a neutral stance in this disastrous conflict” and resolved to “provide every possible support” to Ukrainian colleagues. 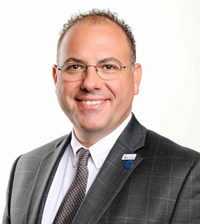 Joining in the wave of protests is CEORL-HNS, which stands "united against this war causing loss of precious human life and creating a humanitarian crisis". Resolving not to "undertake activities within Russia and Belarus till the peace is reestablished," Jan Plzak, General Secretary, and Cem Meço (right), President, announced on behalf of the CEORL-HNS Presidential Council that they would provide whatever help and assistance they could to colleagues in Ukraine. They also called for donations to humanitarian relief organisations.

Adding to the chorus of disapproval is ELSOC, which said: "The European Laryngological Society is appalled by the invasion of Ukraine. We strongly condemn this action. We stand with all those protesting this war and we support the statement from the Confederation of European Otorhinolaryngology - Head and Neck Surgery."

IFOS position regarding the Russian invasion of Ukraine

The whole democratic world is deeply concerned and shocked by the aggressive Russian military invasion and war against Ukraine supported by Belarus. Civilian human beings are suffering from totalitarian aggression. Huge damage on civil constructions, roads and power stations are the tragic outcomes of this nonsense action. Many organisations show their negative attitude towards the Russian organisations being a member of international bodies. Russian and Belarussian societies for ORL and HNS are also the members of IFOS. After discussion in the IFOS Executive committee, Regional Secretaries and IFOS Counsellors we decided to take following measures to show very clearly the IFOS position regarding this international unaccepted situation:

Suspension of Russia from ESPO 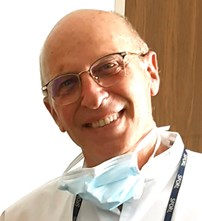 It is with great concern and sadness that ESPO has witnessed the Russian invasion and war unfolding in Ukraine.  While we are an organisation with members throughout Europe and across the world, including Ukraine and Russia, we cannot take a neutral stance in this disastrous conflict.  While we do not hold our Russian members accountable for the atrocities in Ukraine, regrettably a country’s governmental decisions spill over to its nationals. 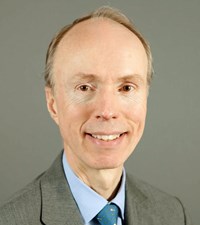 The ESPO Executive Board, in consultation with the Members’ Committee, has accordingly decided to suspend Russia as an ESPO member country and remove its attendance and voting rights at ESPO Council meetings until further notice.  However, we recognise that Russian members of ESPO do not necessarily support the Russian invasion of Ukraine, and so we do not propose to sanction or exclude them as individuals at this time.

ESPO wishes to provide every possible support to our Ukrainian colleagues in this crisis.

Statement of the Confederation of European ORL-HNS on War in Ukraine.

The confederation condemns the act of war and attack on Ukraine by Russian troops. As a non-political, scientific and educational umbrella organisation of all Otorhinolaryngology, Head and Neck Surgery Societies in Europe aiming to create a single voice, we stand united against this war causing loss of precious human life and creating a humanitarian crisis.

We express our deepest sympathy and support to our Ukrainian members by heart and all other members who reject this nonsense act of aggression. We believe that none of our members as medical specialists would support a war and its collateral damage to human beings and in this tragic situation to the wellbeing of Ukrainian people and our colleagues there. We urge an immediate ceasefire to stop further casualties and the region receive the support and resources they need for providing humanitarian or medical assistance to those in need.

Even though the resources of the confederation and the practical support we can deliver is limited, we are ready to provide whatever help and assistance we can to our fellow colleagues in Ukraine in the short and long term to rebuild their capacity.

Furthermore, for all our members and individuals who would like to contribute to the relief efforts in the region, the confederation requests you to donate to international humanitarian organisations listed below, who already have direct access to civilians and refugees requiring imminent help. 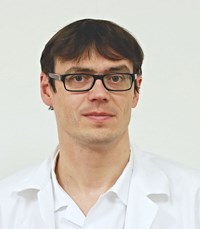 While we observe the ongoing violence and destruction with utmost concern and sadness, we are hoping for peaceful days to come as soon as possible, so that we can truly enjoy the benefits of our perfectly working collegial harmony in Europe. In that sense and due to the current circumstances, even if the confederation can no longer undertake activities within Russia and Belarus till the peace is reestablished, our colleagues from those countries, whom we are confident that they individually also seek for peace are furthermore welcome to our international activities.

The European Academy of Otology and Neurotology strongly condemns the Russian / Belarusian aggression on Ukraine and in particular all atrocities against civilians.

As physicians we stand hand-in-hand to protect the lives and prevent human suffering, no matter from which countries we come from.

The European Academy of Otology and Neurotology asks all its members to stand with Ukraine and to use all possible means that could help stop this terrible and unprovoked war. We decided that for the time being all EAONO activities in Russia and Belarus will be suspended.

We hope that with good will of all stakeholders the common sense will prevail and peace will soon be restored. This will allow EAONO to remain inclusive and to return to its basic mission of spreading otological and otoneurological knowledge, education and friendship in all countries.