ENT in this issue...Smell
By Chris Potter 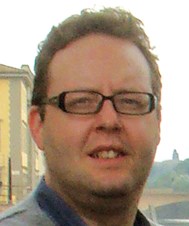 The lack of attention to olfaction as a cultural experience is hard to explain in world literature. It is even harder to explain when one regards the medical literature, and downright baffling when it comes to our particular speciality. My hefty three-volume hernia-inducing edition of Scott-Brown’s Otorhinolaryngology devotes precisely one chapter to olfaction, a total of 0.6% of its substantial girth.

Now there are indeed plenty of perfectly good reasons for regarding smell as a lesser sense to sight and hearing, and many great thinkers have put it firmly at the bottom of the sense hierarchy. Plato noted the subjective, ephemeral nature of scents, the impossibility of classification compared to say the visual spectrum or the pitch and loudness of sounds. Hegel regarded smell as “the vassal at the service of the eye” and Kant referred to “the least productive sense.” From my portacabin in Torquay I am quite happy to state on public record that these pompous eggheads were talking complete eyewash.

Smell has long been regarded as a sense for the lower animals, and indeed anybody regarded as less evolutionarily developed than middle class Europeans in frock coats writing from ivory towers. The tale of the vomeronasal organ is instructive. It would appear that our cousins, the Old World apes, lost evolutionary selection for pheromone detection at about the time they developed trichromatic vision. In other words, they started to select mates on the basis of their physical appearance rather than their smell, and some aficionados of Love Island and Ex on the Beach might argue that this remains true for at least some of the higher primates.

However, no sense is more intimately tied to our emotions; we all have our own variation of Proust’s Madeleine, effortlessly transporting us to a reverie of nostalgia and whimsy. Unfortunately, it is all too often the onset of anosmia that makes us realise just how critical this maligned sense remains for our full enjoyment of the pleasures of life. Those observant few of you with your finger on the pulse of current affairs and social media may have noticed a recent global pandemic interfering significantly with our patients’ olfaction. Our July/August 2021 articles tell the story of how this relationship was initially drawn to the attention of the wider world, how charities have mobilised their resources to aid the sufferers, and how we can organise our own clinics to meet this unexpected need. I believe it is vital that we as a speciality rise to this challenge.