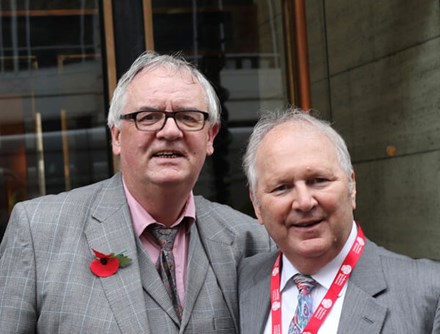 Prof Ray Clarke (Liverpool) and Mr John Watkinson (Birmingham and London) have been awarded the George Davey Howells prize for Scott Brown’s Otolaryngology Head and Neck Surgery- 8th Edition, published 2018 .The George Davey Howells prize is awarded by the University of London to the best ENT textbook published in the preceding years. The prize commemorates 2nd Lieutenant George Davey Howells, of the 15th Cheshire Regiment. Howells - from Monmouthshire - was killed in 1918 by a shell explosion near Memling Farm, Langemarck in Belgium. He was aged twenty-two. He is buried in the nearby Cement House Cemetery.  He was a student at Keble College Oxford at the time of his enlistment; his death is recorded on a plaque in the College Chapel.