Chadwan Al Yaghchi is a founding member of the British Laryngological Association and served on the council since 2013. He is currently the associate honorary treasurer.

How did the idea for Cutting Edge Laryngology come about?

2010 was a time of great excitement in the field of laryngology. All over the world significant scientific and clinical advances were taking place, in areas such as: office-based laryngology, transnasal oesophagoscopy, stem cell research, laryngeal transplant, laryngeal reinnervation and laryngeal pacing. Professor Martin Birchall and Mr Guri Sandhu, two leaders of the field wanted to create a forum to showcase these advances and bring everyone into one place to share ideas and advance research. I took on the task to bring these ideas into the first Cutting Edge Laryngology conference which was held at The Royal College of Surgeons, London in 2011.

How has the event evolved over the years?

The conference remained true to its core message to bring all the 'Cutting Edge' development worldwide to our delegates every other year. In addition, we championed a multidisciplinary approach where we learn from our colleagues in other specialities. The conference over the year hosted many gastroenterologists, respiratory physicians, neurologists, research scientists and even engineers to build collaborations that advance patients' care.

What are you most looking forward to at this year’s meeting?

The faculty this year is our widest and most ambitious faculty to date with speakers from Brazil, Japan, Singapore, USA, Germany and Switzerland. 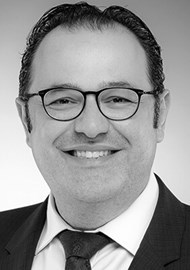