Guri Sandu is a Consultant Otolaryngologist and Head & Neck Surgeon at Imperial College and The Royal National Throat Nose and Ear Hospitals in London, with honorary contracts at The Royal Brompton, University College and St Bartholomew’s Hospitals. He is currently serving as the Honorary Treasurer with the BLA.

Can you tell us a bit about your background and what led you into the field of Laryngology?

My ENT training was in the North Thames Training Region in the 1990s and I had spent the last few years specialising in otology. At the time there were only a handful of colleagues in the United Kingdom you would regard as dedicated laryngologists. Voice Clinics were often run by those who had a different specialisation within ENT. My final specialist registrar attachment was with Professor David Howard at The Royal National Throat Nose and Ear Hospital. He was a leading head and neck surgeon but also a pioneer in transoral laser and adult airway surgery. He inspired me to change career direction and pursue a career in Laryngology, to include airway surgery.

How have things changed since you first started working in laryngology?

Having decided to be a Laryngologist and landing a joint consultant post between Charing Cross and The Royal National Throat Nose and Ear Hospitals, I had to advance my knowledge of the field. This came through reading, a personal assessment of available approaches, but mainly through communications with colleagues around the world. I also became aware of some very poor practices within laryngology and decided to promote training in this field in the UK. This led to the first Royal College of Surgeons post-CCT fellowship in Laryngology and the creation of The British Laryngological Association (BLA).

Since then interest has grown in this country and we have far more ENT consultants who are dedicated Laryngologists, and they are training others. Like any other field of medicine our understanding and management of voice, swallowing and airway problems have also improved over time.

What are you most looking forward to for this year’s meeting?

The Cutting Edge Conference brings together colleagues and friends from around the world and allows us to build new relationships and collaborations. There is the opportunity to exchange ideas, but the mission statement is to learn what is new in the field. We have an excellent programme this year with many ‘world class’ speakers! 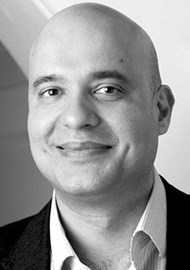