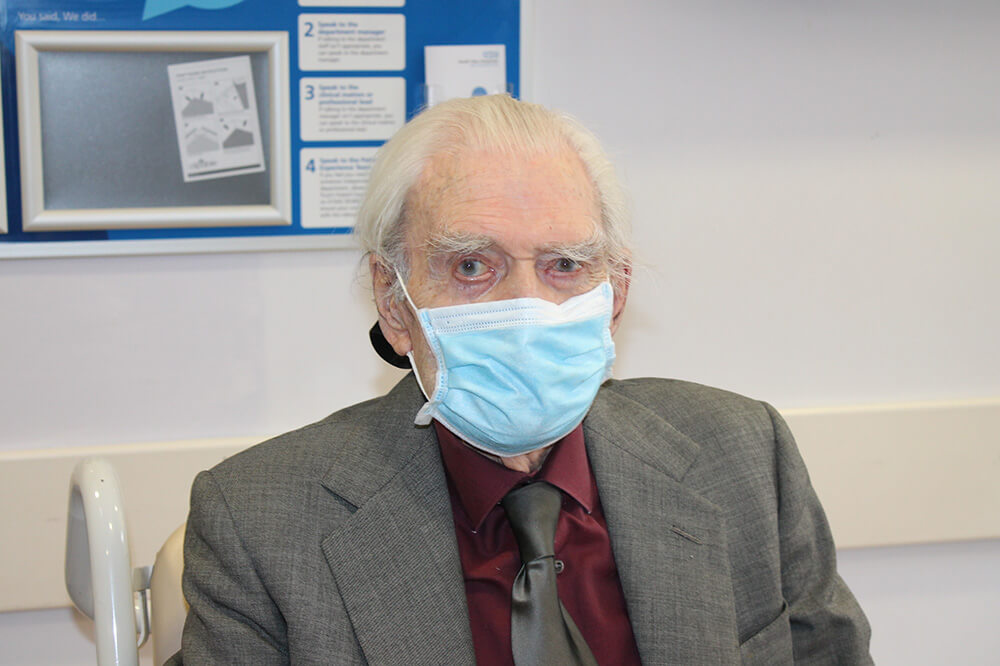 What do you ask for on your birthday when you are 103 years old?

Leslie Hodgson (above) knew exactly what he wanted: his hearing back. And clinicians at South Tees Hospitals NHS Foundation Trust were happy to help, breaking two world records in the process.

In March 2022, Hodgson became the oldest person in the world to receive a cochlear implant (CI) thanks to the ENT team at the James Cook University Hospital in Middlesbrough, UK.

He also became the oldest person to receive a subtotal petrousectomy to clear out the lining of his mastoid cavity (with the previous oldest patient being 99 years old, according to the published literature).

On his 103rd birthday, Hodgson, a retired architect from Penrith, walked into the Teesside hospital and asked for a cochlear implant to help him regain his hearing for the first time in ten years. 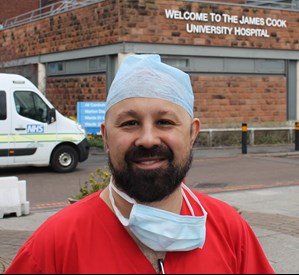 Mr Noweed Ahmad (right), Consultant ENT, Skullbase and Auditory Implant Surgeon at the trust said: “Leslie walked into my clinic, told me it was his 103rd birthday and that, after researching it, he wanted a cochlear implant to restore his hearing.

“Discussing it with my colleagues and taking into account that he was also registered blind, we felt that we should carefully consider his request.

“As long as it was safe and beneficial for Leslie – and he would have to be put through a number of tests to establish that – we could proceed. Quality of life in older patients has been shown to improve significantly with a cochlear implant." 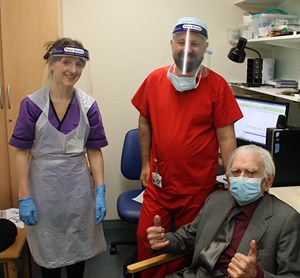 It is believed the previous oldest CI recipient was Irvin Poff, a 102-year-old American in 2021. From an ENT surgical perspective, there were a number of challenges beyond Hodgson’s age.‎ His first ear operation in 1925, a mastoidectomy performed with a hammer and chisel, made his recent surgery even more complicated requiring Ahmad to perform a subtotal petrousectomy, eustachian tube obliteration and blindsac closure with the CI. There were additional challenges of ossification (new bone formation) in the cochlea.

Due to Hodgson’s age, the operation was done under local anaesthetic, which meant he was awake for both the operations performed in one procedure. It also meant the operations had to be completed in a much shorter time. Ahmad performed what could have been a five-hour procedure in under two hours.

“Many patients could be missing out firstly due to a misperception that some patients are too old for a CI procedure,” said Ahmad, adding that "others could be denied treatment due to a further misperception that a petrousectomy cannot be performed with CI under LA. Hopefully we have shown that this is eminently possible, even when the anatomy is challenging."

Since the operation, Hodgson has returned to the hospital to get his implant successfully switched on. Despite having a record-breaking operation to fix his hearing, he is not standing still and now wants to tackle his blindness. He said: “Next year I want stem cell treatment for my eyes.”