As a general rule, it is not the objective of the Tech Reviews column to review hearing aids. However, when a product emerges that transcends the hearing aid industry, generating the type of media ‘buzz’ that hearing aids don’t typically create, we are more than willing to make an exception.

The hearing aid in question is the GN ReSound LiNX, the world’s first ‘made for iPhone’ hearing aid. What makes the LiNX so noteworthy is that it is poised to become the first hearing aid that people actually want to wear.

Those surprised by these words need only spend a few hours in a hearing aid dispensary. The stigma that goes along with hearing aid use is pervasive and has waned little in recent decades, despite the overwhelming improvements in hearing aid design and performance. The average hearing aid candidate is waiting upwards of 10 years after being diagnosed with hearing loss to pursue amplification. From a symbolic standpoint, many people just don’t like the idea of wearing hearing aids. 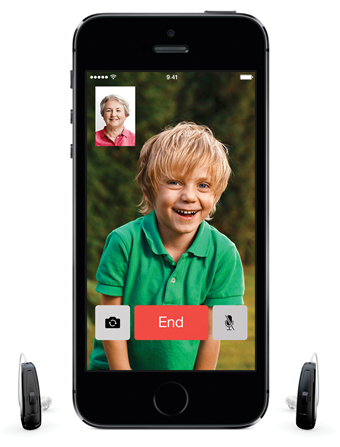 This is where the LiNX comes in. As the first hearing aid capable of connecting directly to a smartphone without the need of an intermediary ‘streamer’ device, the LiNX will be hugely appealing to the many hearing impaired listeners who are beholden to their iPhones. Through an iOS app, along with hearing aid accessibility options available natively, Denmark-based GN ReSound (in collaboration with Apple) has managed to create a connection between hearing aids and smart phones that is downright symbiotic.

When it comes to all-important Bluetooth streaming, the LiNX does not disappoint. When streaming is enabled, the hearing aids become a pair of wireless stereo headphones the instant a song selection is made. Indeed, I had to restrain myself from having music on in the background all day long. The wireless streaming functionality is not restricted to music (or to the iPhone) and will work with virtually any app on most Apple devices. During telephone calls, the audio signal can be streamed directly to the hearing aids. Switching between streaming and normal hearing aid functionality occurs with a few taps on the iPhone screen and pairing is a cinch. 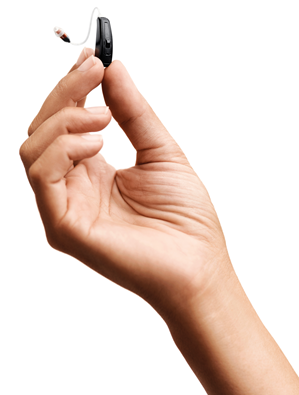 LiNX users can also use the iPhone like a remote control, making volume adjustments, programme changes, and even minor sound quality modifications (bass / treble) straight from the phone itself. The iOS app, aptly titled GN ReSound ‘Smart’, additionally allows LiNX users to customise fine-tuning preferences according to location. Using geofencing technology, the iPhone’s GPS system will recognise pre-determined ‘places’, such as a favourite restaurant or movie theatre, and will remember the appropriate hearing aid settings (as defined by the user) for the next time. In addition, the ‘live listen’ feature sends the signal from the iPhone microphone directly to the hearing aids, an excellent option for achieving improved signal-to-noise ratio in challenging environments.

Other great features on the iOS app include a battery indicator, a hearing aid user / troubleshooting guide, and a particularly wonderful ‘finder feature’, capable of tracking down the current location of the hearing aids (or the last known location in case the batteries run out). Trigger a collective sigh of relief from audiologists and hearing aid users the world over.

Naysayers will be quick to point out that an audiologist should not prescribe hearing aids based on external accessories or features. Though being ‘made for iPhone’ undoubtedly gives the LiNX its X factor, it is an excellent hearing instrument on its own (with an impressive fitting range for such a small device) and stacks up well against competing devices.

For me, the LiNX represents the potential for a paradigm shift in the way the public views hearing aids. After all, people are more than willing to adopt technology, provided it is ‘hip’ enough (just think of how many people line up around city blocks in anticipation of new and exciting tech products, Apple or otherwise). The more people see hearing aids as a forum for cutting-edge technology rather than a sign of old-age and impending doom, the more proactive people will be about pursuing amplification. I look forward to seeing how the technology is received and how the entire industry reacts to it. Other ‘made for iPhone’ collaborations are already in the works, with offerings from Starkey and Oticon hot on the heels of the GN ReSound release. Let the games begin!