1 May 2019 | Rania A Alkahtani | Audiology - Diagnostic, Audiology - Paediatric
Share This

Speech in noise testing provides real-life assessments of hearing that conventional pure tones cannot deliver. Rania Alkahtani describes the development of such a test for Arabic speaking children. It also has the additional benefit of being able to be delivered from home or school.

The difficulty to understand speech in noise (SIN) is the most frequent complaint of listeners with sensorineural hearing loss (SNHL) [1]. Because pure tone audiometry is insufficient to assess this difficulty [2], there is a need for specific auditory SIN tests. SIN tests simulate real-life environments and evaluate the ability of a listener to understand SIN by estimating the speech reception threshold in noise.

It is also important in selecting, fitting and evaluating the effectiveness of hearing aids and cochlear implants. Moreover, in cases of children, it is useful in demonstrating the difficulty the child faces to his parents.

“Although SNHL is prevalent in children in the Middle East, most audiology clinics in the Arab world lack the availability of validated, automated Arabic SIN tests”

Although SNHL is prevalent in children in the Middle East, including Arab countries [3], most audiology clinics in the Arab world lack the availability of validated, automated Arabic SIN tests. The vital need for this kind of test inspired me as an Arabic audiologist to develop an Arabic SIN test during my PhD study at the University of Southampton (UK). After years of work, I am delighted to announce the development of the Paediatric Arabic Auditory Speech Test (PAAST), the first automated Arabic auditory SIN test for iPad.

PAAST has the same principle as the McCormick Toy Discrimination Test, which is based on evaluating the child’s ability to discriminate between pairs of acoustically similar monosyllabic words. The Arabic words were carefully selected and reviewed by audiologists from six Arab countries (Saudi Arabia, Kuwait, United Arab of Emirates, Jordan, Palestine and Egypt). The familiarity of the words was checked with a focus group of 30 Arabic children aged three-to-six years old and it was found that children as young as three could consistently identify all of the chosen words.

PAAST is implemented in an iPad application, which allows for easy access to the test with no need for specialist audiology equipment. The application has a child-friendly interface where all words are presented in pictures. During the test, the pictures are displayed on the screen, the child listens to sentences in the form of ‘Where is the (word)’ and is requested to touch the picture that represents the word that is heard. The sentences are presented against a background of speech-matched long-term average speech spectrum noise.

The speech reception threshold (SRT) is measured in dB SNR using a 2-down-1-up adaptive procedure, estimating the 71% correct response. The average test time is five minutes. The PAAST is currently functioning as a SIN test but there is ongoing research to develop the PAAST in quiet as a tool for monitoring other types of hearing loss. 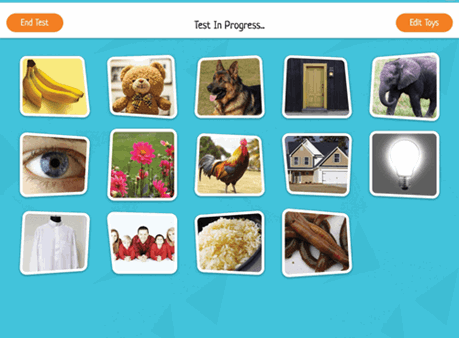 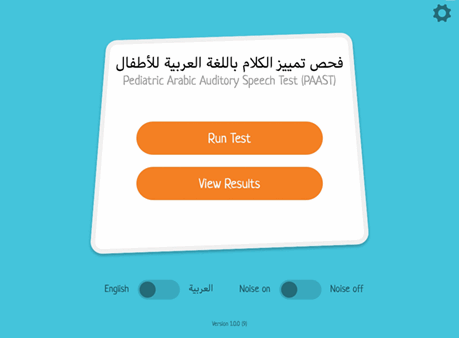 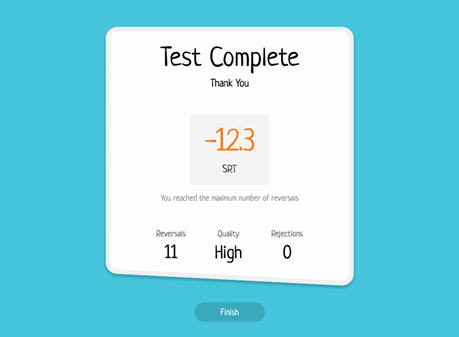 Screenshots of the PAAST at different stages: open screen, during the test, result’s screen.

PAAST is designed to be used by professionals for screening, diagnostic and / or post-diagnostic purposes. The reliability of the test in estimating the SRT in noise was evaluated with 40 normal-hearing Arabic children and showed that the test can estimate, with a probability of >0.95, an SRT that lies within ±4dB of a child’s true threshold. The mean SRT was -5dB SNR and -8dB SNR for children aged three-to-six years and children aged six years and above, respectively.

The test was also evaluated so far with 16 Arabic children who are known to have SNHL. Children with SNHL scored worse SRTs (mean= +1.7dB SNR) than that of age-matched normal-hearing children (mean= -8dB SNR) indicating that the test can successfully differentiate between the two groups (this experiment is ongoing but the initial analysis is positive).

PAAST’s application was developed to be easily used by non-professionals. It does not require an audiological background or any specialist training, which means that teachers can use it to screen children’s hearing at school. The feasibility of using PAAST in schools has been assessed with 24 teachers and around 50 preschool children in Saudi Arabia. Teachers were impressed with the ease of using the test and the relatively short test duration. The teachers also expressed a keen interest in its release and application.

Parents can use PAAST at home if they are concerned about their child’s hearing. So far, 26 parents have used PAAST to test their children’s hearing. Using the System Usability Scale [4] it was found that 96% of parents reported the app was easy to use, supporting the fact that no specialist knowledge of training is required to run the test. It should be noted here that although the testing does not require the child to be seated in a sound-proof room, it is recommended for the test to be done in a quiet room.

Is the PAAST applicable only in the Middle East?

No, the test is applicable for Arabic speaking children anywhere in the world. The instructions of the test are available in English as well as Arabic language. This allows English-speaking audiologists / paediatricians to easily use the test with their Arabic patients.

The project was funded by Princess Nourah bint Abdulrahman University (Saudi Arabia) and by a grant from the Global Challenge Research Fund (UK). However, further funding is needed to release, maintain and further develop the test. 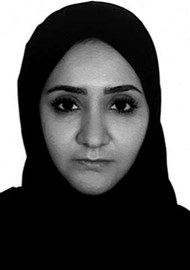