Cochlear implants have quickly become a widely used aid for hearing-impaired people. As these implants include metal elements, the choice of an appropriate imaging modality for patients carrying such devices should receive special attention. This is important due to image artefacts caused by metal parts and to potential complications after imaging.

When cone beam computed tomography (CBCT) was first introduced some 15 years ago, it was primarily used for dental imaging within a relatively small region of interest (ROI). As the research and development of this technology has advanced rapidly, CBCT is currently commonly used for imaging all of the dental anatomy. Besides dental applications, CBCT has started to gain popularity as the imaging modality of choice also for bony structures in the ear-nose-throat (ENT) area. In addition to greatly softening the artefacts caused by metal elements, CBCT is able to offer excellent bony delineation and high spatial resolution.

Both of the patients were previously implanted with Nucleus Hybrid L24 cochlear implants. Patient 1 was imaged with one Tesla MRI due to a problem arising in the right knee (osteoarthritis) and patient 2 was imaged also with one Tesla MRI due to a prolapse suspected at level L4-L5. A recommended safety belt was wrapped around the implant area to keep the magnetic part of the implant in its position before imaging of the patient.

During MRI imaging the patients felt problems and pain in the temporal bone area, and the extra cochlear part of the implant was suspected to be deflected from its normal position.

“CBCT has started to gain popularity as the imaging modality of choice also for bony structures in the ear-nose-throat (ENT) area.”

On CBCT all four of the important parts of the implant were very well seen both on the axial slices and three dimensional surface reconstruction images. The implant is placed on magnetic plates, and the extracochlear part was seen in an abnormal separated position. The intracochlear electrode array showed no signs of separation in either of the cases. The intracochlear electrodes were well seen in both of the cases.

The optimal images of these two patients are shown in the radiographic illustrations in Figures 1-7. 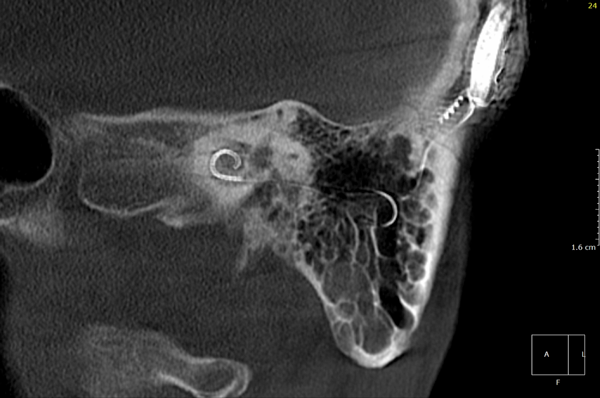 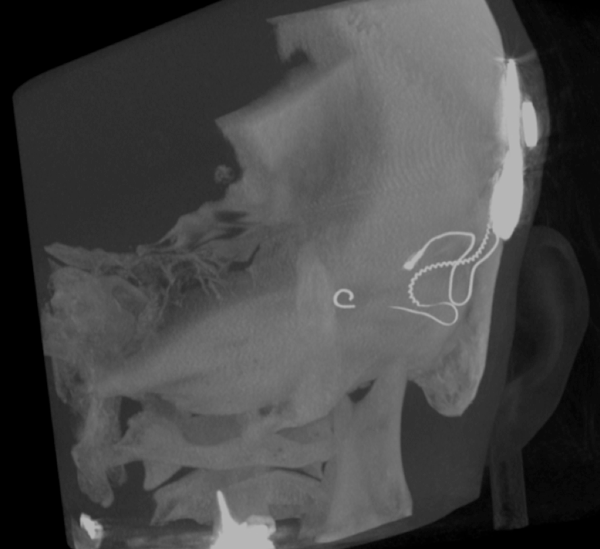 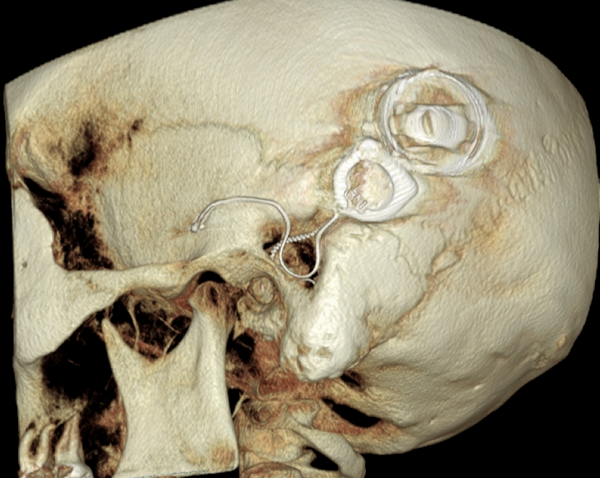 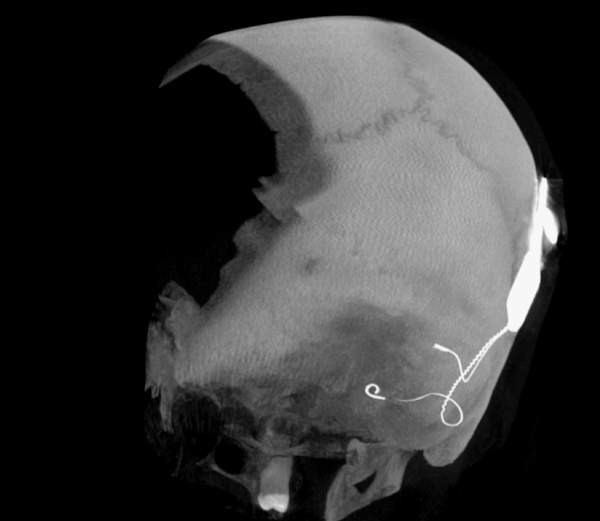 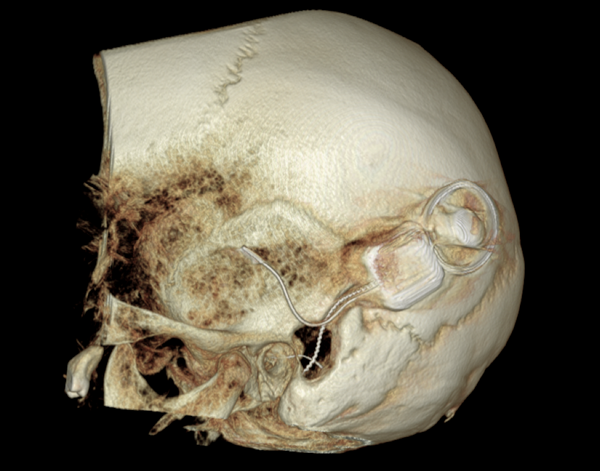 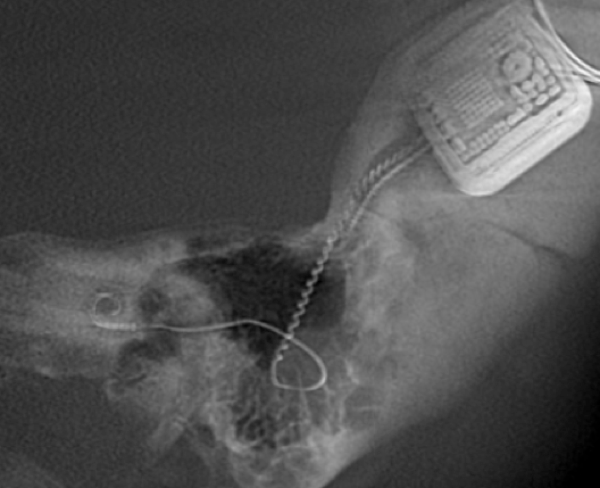 Figure 6: Sagittal thick MIP image of the implant of patient 2. 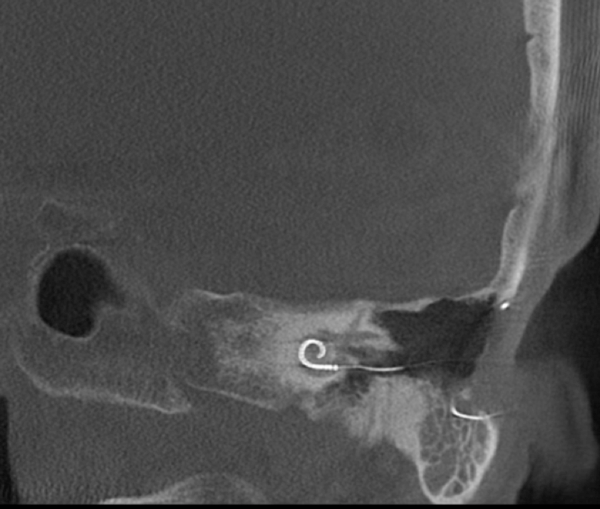 Figure 7: Patient 2 - Sagittal oblique image of the intracochlear portion of the implant.

Both patients underwent minor operations where the separated posterior portion was pushed back into its normal position.

As a conclusion, it may be recommended that after operation patients with cochlear implants should be imaged with CBCT and particularly, in case of suspected postoperative complications CBCT should be the imaging modality of choice. Because the radiation dose is so low compared to MDCT the use of CBCT is recommended instead of MDCT in these cases, and naturally a very careful fastening of a belt is preferred before MR imaging, if MRI is necessary at all.

HOW DOES IT WORK?

CBCT is an ideal imaging modality for postoperative imaging of patients with cochlear implants, because: