Good exposure is an essential requisite in open rhinoplasty and often requires appropriate assistance to aid surgery. Frequently, surgeons lack adequate assistance in theatre and often have to depend on the scrub nurse for retraction. A self-retaining retractor is ideal to overcome these problems. Here, we describe our experience in using elasticated hooks in open rhinoplasty.

Standard facial preparation is made as for open rhinoplasty. The retractor ring is placed over the facial contour and stabilised with towel clips (Figure 1). 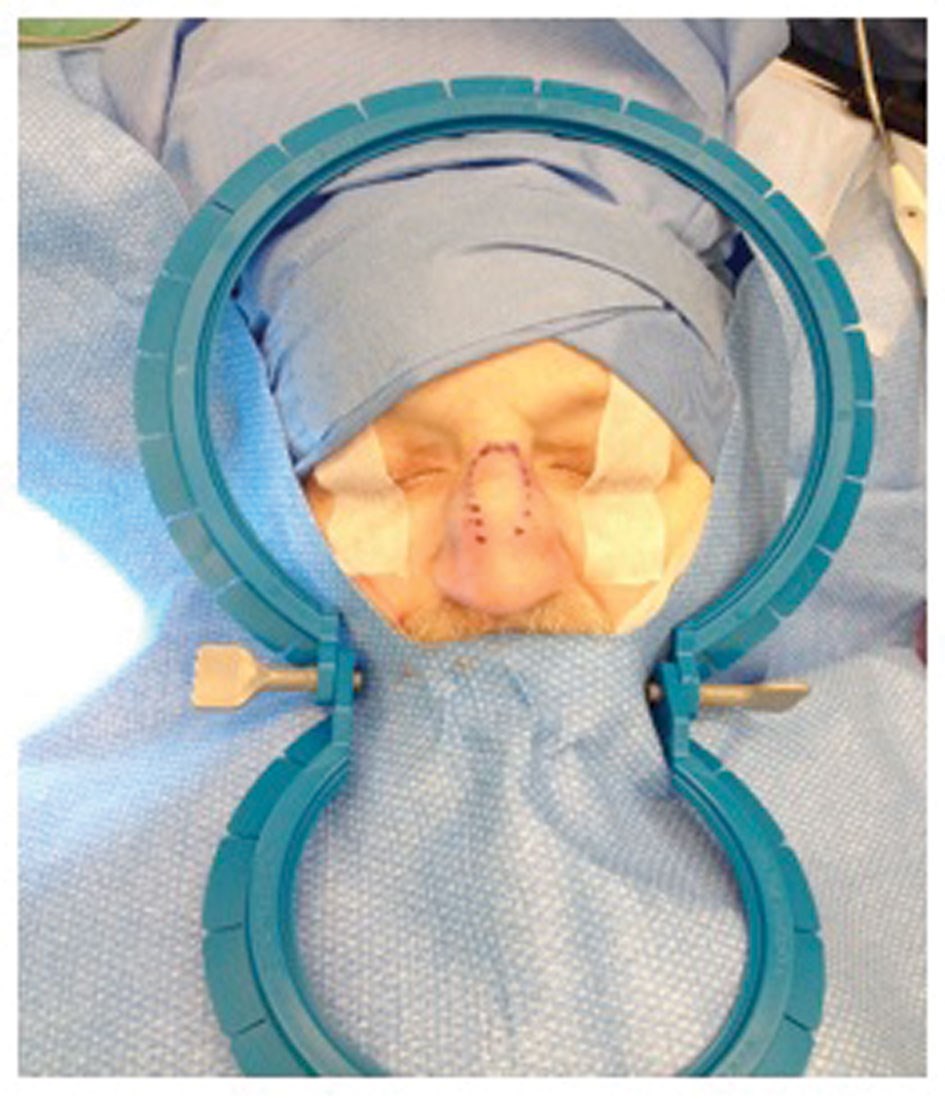 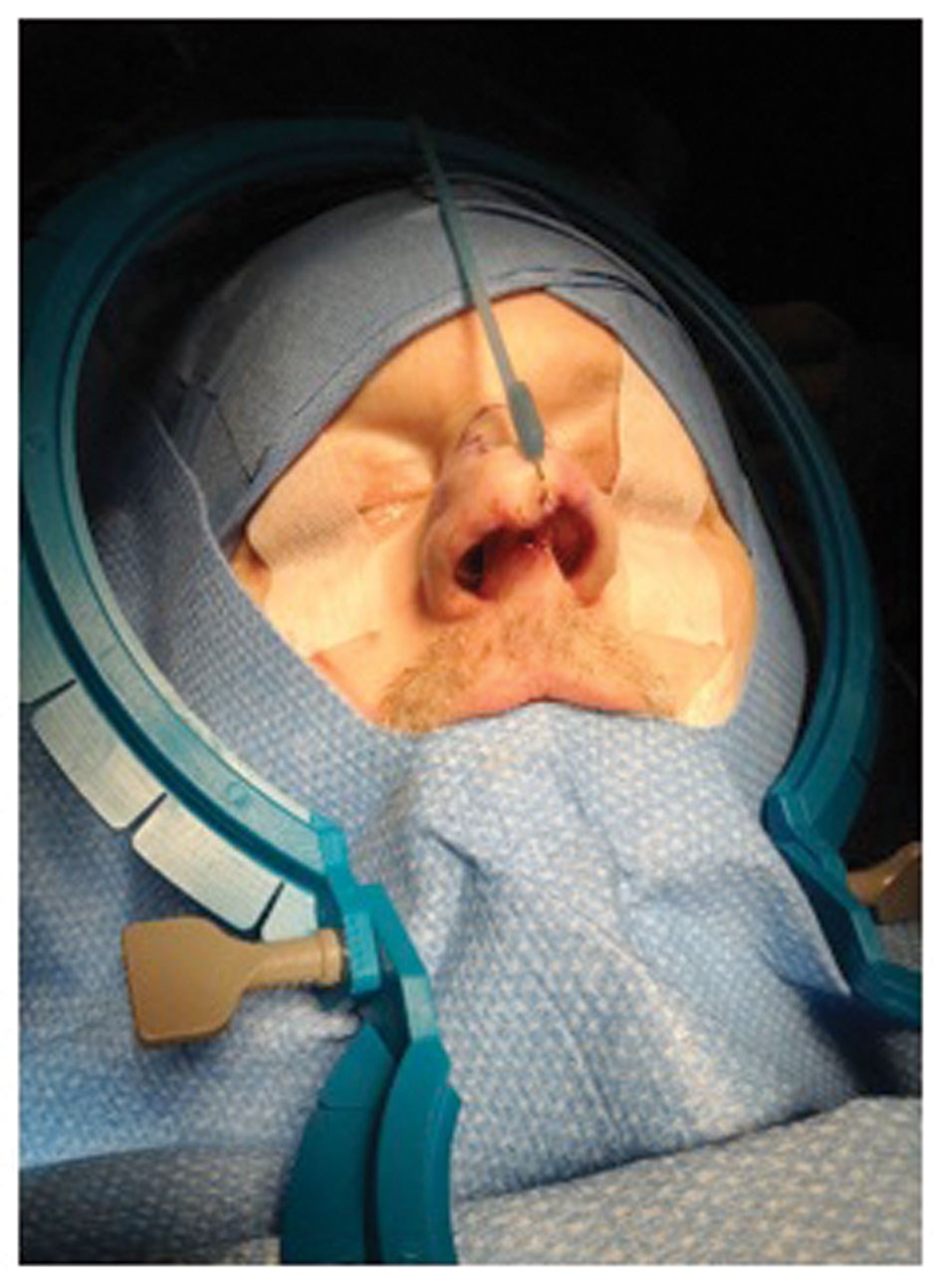 Once the collumella flap is elevated, the medial crus is carefully dissected and continued over the domes of both the lower lateral cartilage. A three point retraction technique is used for dissection of the lateral crus. Three elasticated hooks are placed over the collumella, medial crus and marginal incision respectively (Figure 3) with counter traction over the slots in the retractable ring. This aligns the lateral crus into a straight line for optimal dissection. The hooks and retraction allow adequate exposure and facilitate optimal handling of the tissues without undue tension or any unnecessary tears to the skin. In some cases, the domes can be pulled down, by placing an elasticated hook under the ipsilateral dome for better exposure and visualisation of the lateral crus. 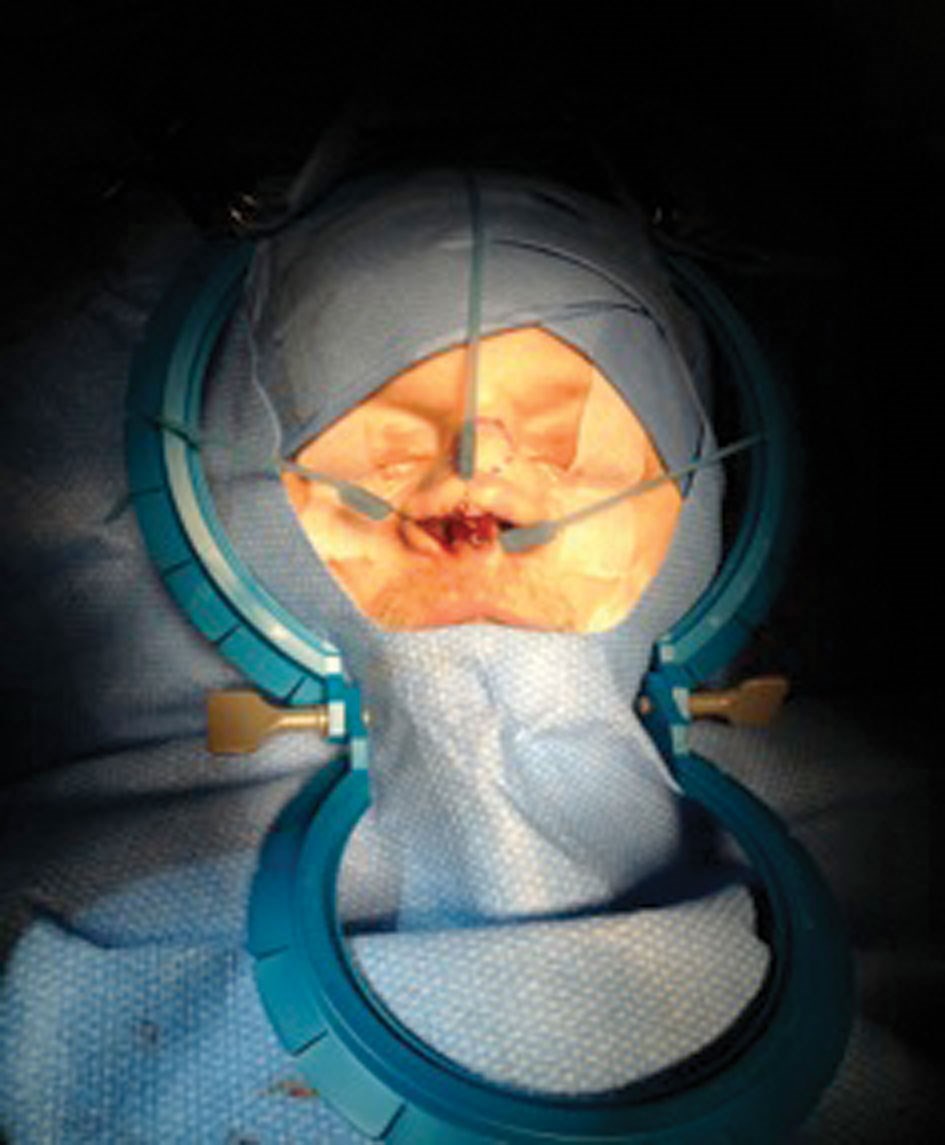 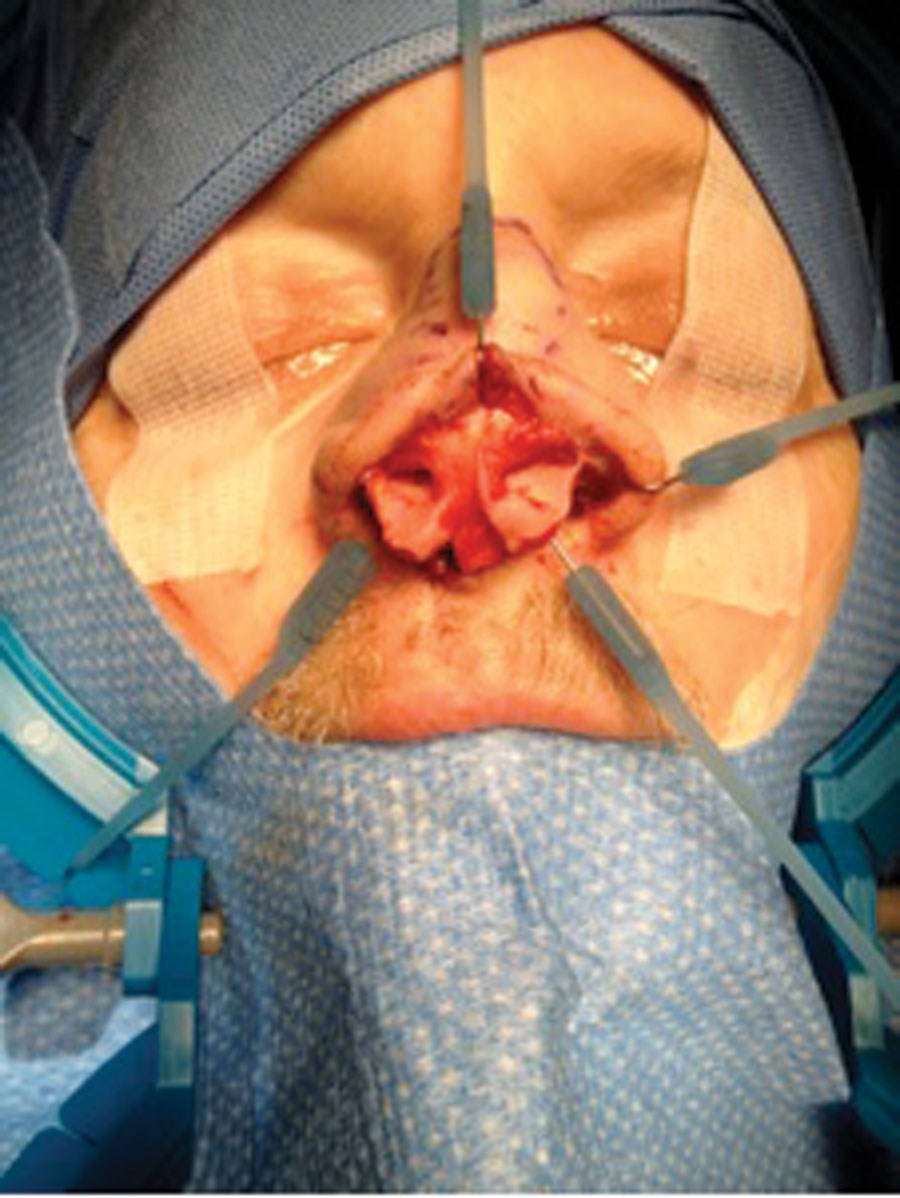 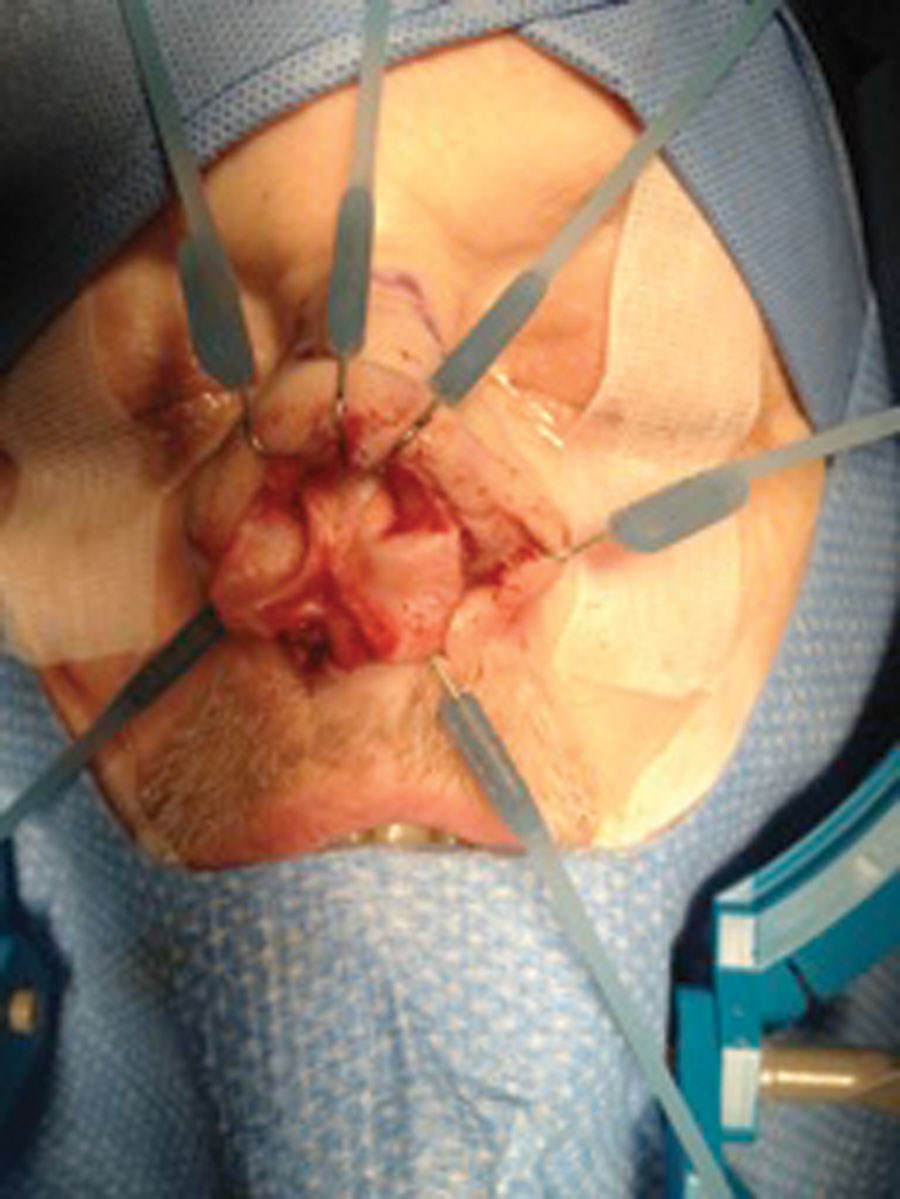 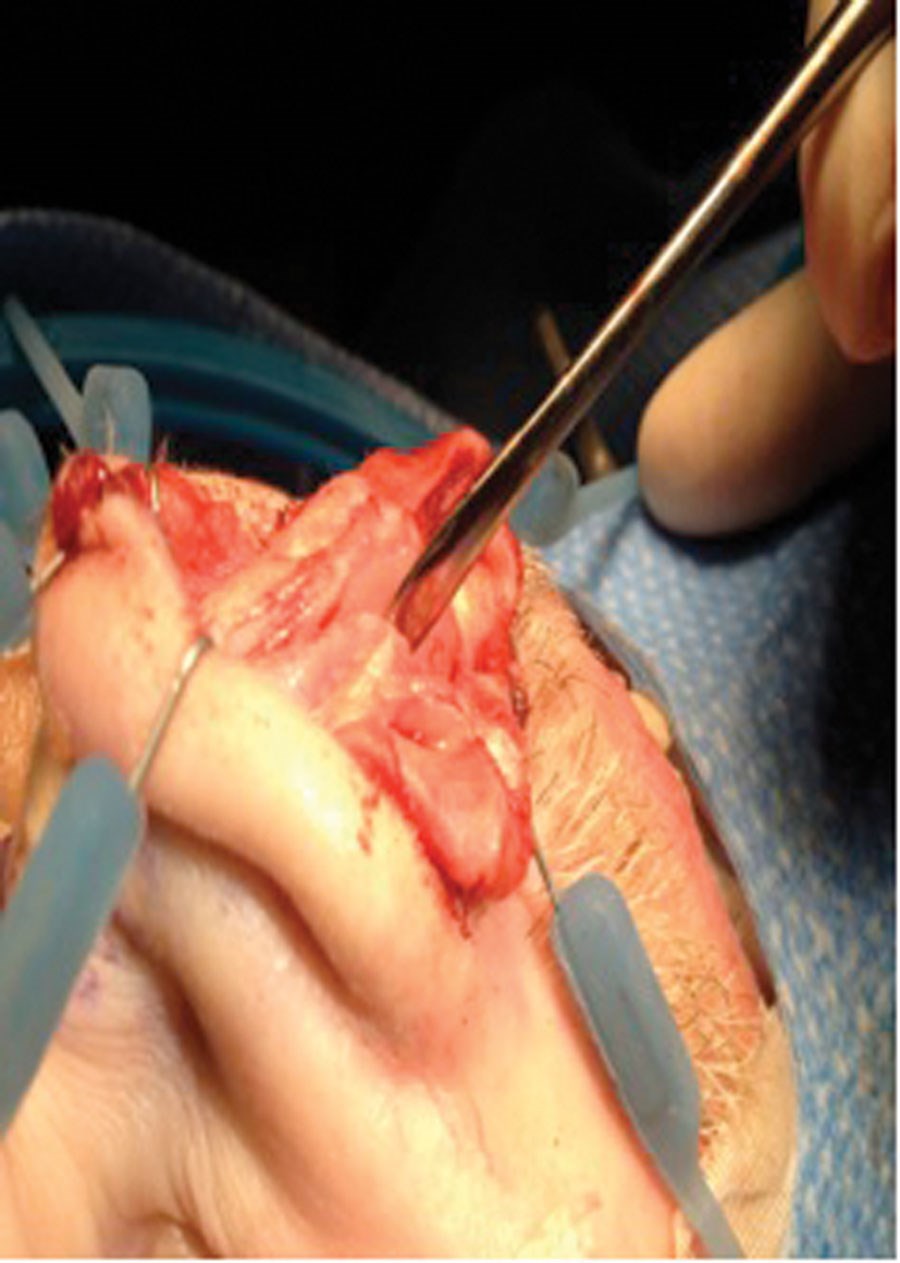 The Lone Star retractor system of elasticated hooks is a flexible tool with the ability to rapidly adapt to changes in the field with minimal effort during the surgical procedure, offering optimal visibility and access to a surgical site. It also helps to free up personnel to perform other valuable duties. No complications such as tear to skin flap, or cartilage were observed in our series of patients. Caution should be exercised when applying the counterattraction. 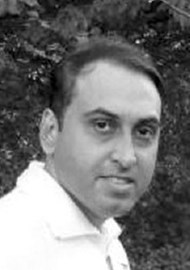