Professor Kelvin Kong is a proud Worimi man, the first Aboriginal surgeon in Australia, an otolaryngologist, head and neck surgeon, and an amazing advocate for equality in health delivery in Australia. He holds professorial positions at Macquarie University, the University of New South Wales, and the University of Newcastle. He has held many senior roles in professional society and colleges, as well as being on the Cancer Council and an advocate and spokesman for the National Aboriginal Community Controlled Health Organisation on subjects from cancer, COVID and the upcoming census. Kelvin recently was awarded the prestigious medal of the Australian Society for Medical Research at the National Press Club.His friend and colleague, Professor Harvey Coates, caught up with him recently. 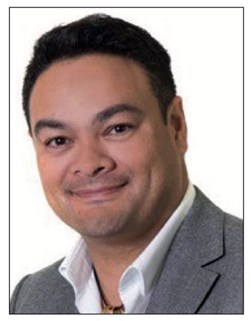 So, Kelvin, welcome! Can you tell us what made you decide on a career in ORL-HNS?

I think we’re lucky in ENT in Australia and I pinch myself every day - it comes down to passion and this is illustrated by two stories that affected me personally - the first is that when I was quite young, in early high school, everyone came to my house where my mother was a nurse - one of the few Aboriginal nurses in Australia and, as an Aboriginal person in the community, I don’t think I understood what inequality was and why so many people would come to see my mum. My sisters and I would fight to assist mum, whether helping remove sutures, treat colds or give advice on immunisations. My family runs to over 100 people and they felt safe and comfortable coming to see mum rather than going to a local doctor or hospital. On mature reflection, this is what we felt - exclusion from mainstream health services. In Australia we have one of the best healthcare systems in the world and it’s a blight to see that a segment of our society was denied access to these services.

“After she settled down, she explained to me and apologised, saying she had never thought she would see the day when she was treated by an Aboriginal doctor”

The second was after I graduated in medicine and was working at a hospital near Redfern in Sydney. I was excited to be seeing a lady who was an Aboriginal elder - in our community, elders are revered and respected. After spending a long time with her and examining her, she started crying - it really hurt me that she was crying and felt this way. After she settled down, she explained to me and apologised, saying she had never thought she would see the day when she was treated by an Aboriginal doctor. This brought home to me how important it was to change the system so that all Australians could equitably access healthcare.

So ENT was one of those beautiful things with people that I’ve been touched by, including Peter Carter, Paul Fagan and yourself, and the very diverse, warm and inclusive Australian ENT society still brings a smile to my face. 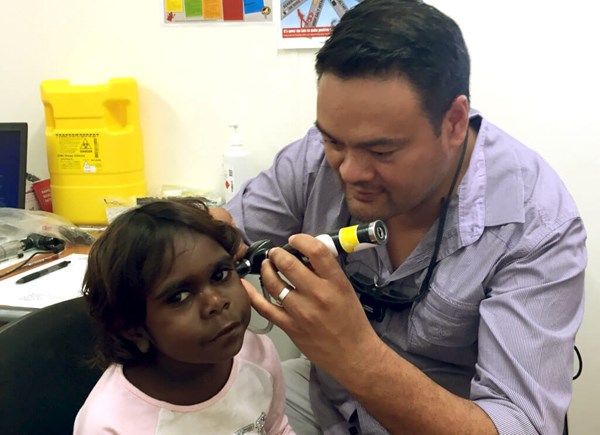 That’s wonderful, Kelvin. Could you tell us some highlights of your career and the research that led to your being awarded the medal?

My career highlights are those things that made my community proud. I think that on my graduation we were permitted two guests at the ceremony, but about 20 of my family and community came down to the university with enormous smiles on their faces, immense pride and a feeling of achievement themselves for supporting me. 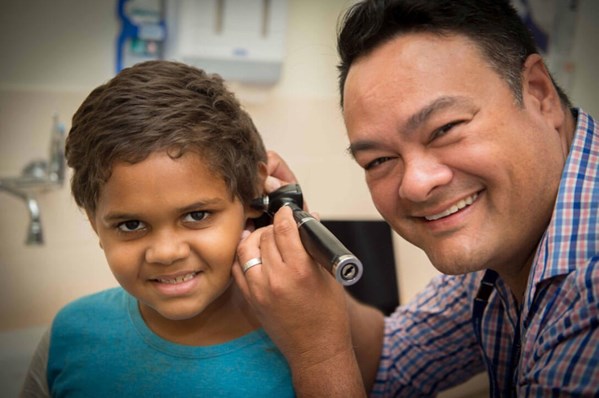 My immediate passion are my children who go to school and are so proud of their Worimi culture, their family history and the strength of their culture - this feeling is changing the face of Australia.

“On my graduation we were permitted two guests at the ceremony, but about 20 of my family and community came down to the university with enormous smiles on their faces”

If I go back to the pride I have in my research and my work, then it’s about bringing awareness of ear disease, and it’s about educating our country - because you can’t learn if you can’t hear. The ear is a beautiful and magnificent structure that brings so much emotion, joy, happiness and lifestyle to us, so we ignore it at our own peril. So, I feel it’s important that the research that I’ve been lucky enough to be involved in is to embrace and maximise the joy of our hearing as well as to maximise the educational and learning aspects of hearing. 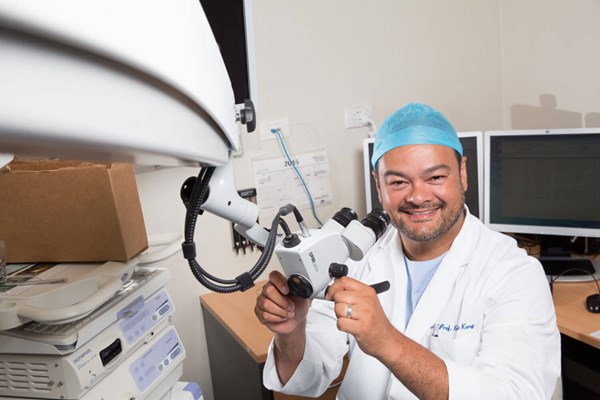 What do you regard as your greatest challenge and how did you overcome it?

The greatest challenge, apart from being time poor, is to raise awareness of ear disease and an awareness campaign about what it is to attain equality in healthcare - the hardest thing in achieving that is not concentrating on the KPIs or surgery, but the outcomes of our interventions. For example, with grommets, the children get improvement in their speech, hearing and language, but the real gain and excitement I get is going to communities with horrible ear disease and changing that community’s ear disease and outcomes, seeing these kids dance, do cartwheels, read, get educated and, later in life, get jobs. Some of these kids that I’m so lucky to mentor in the high school environment are so talented and the positive thing about that is we’ve done that not only individually, but collectively by ensuring education is paramount by making sure that ear disease is looked after. That’s the exciting part of it - how we are going to change the direction of the way First Nations people are dealt with.

“The ear is a beautiful and magnificent structure that brings so much emotion, joy, happiness and lifestyle to us, so we ignore it at our own peril” 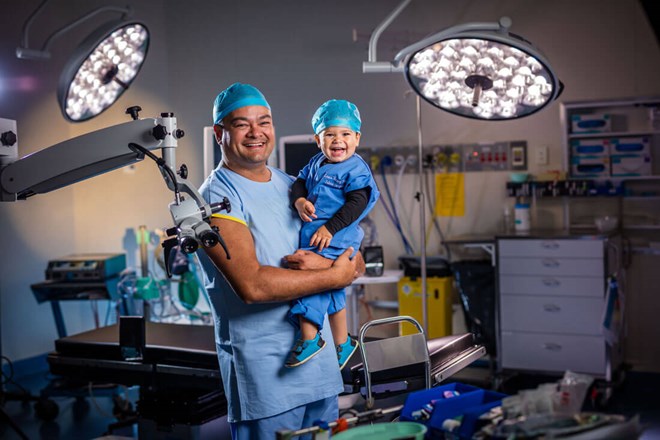 Kelvin with his son, Lewis.

What motivates you to be the best and what would you like to be your clinical legacy?

I’m motivated by the smiles I see on the faces of the children and the happiness it brings— there is so much inter-generational trauma, heartache and poverty in this country, especially amongst Aboriginal and Torres Strait Islander people, so it’s always disheartening to be talking about the negativity of this. I think we can change that narrative to be positive and change what the future holds for us in five-to-10 years’ time by improving the access to healthcare to be equal, so that no matter who you are in Australia, you can have equal opportunity.So we need to push hard so that every ear is checked, every time and at every opportunity.

Thank you, Kelvin and congratulations again on your award. 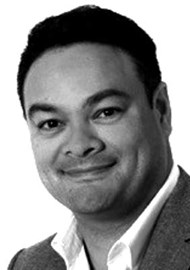 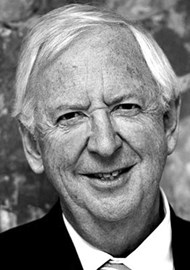