Mr Yakubu Karagama recently returned from a travelling fellowship at Isshiki Memorial Clinic Kyoto where he was delighted to interview Professor Isshiki about his groundbreaking work in laryngeal framework surgery. 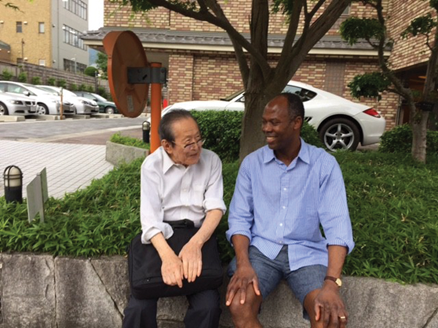 Tell us a bit about yourself. The man, Isshiki, who is Isshiki?

I never thought I would be a phonosurgeon. I wanted to be a mathematician or physicist. Physics was my favourite subject but my father pushed me to be a medical doctor. In order to make my father happy, I went to medical school.

How did you develop the thyroplasty procedure named after you?

When I entered the ENT surgery department, I found an excellent article written by Vandenberg in Holland. He is not a physician but a mathematician. He wrote a paper on how the vocal cord vibrates. I was so impressed. So I went to Holland to meet him. We talked to each other and about 10 years later, I made a movie of the surgery. After showing this in New York, I brought it to show him. He was very much pleased. That procedure is really based on his mechanical way of thinking. 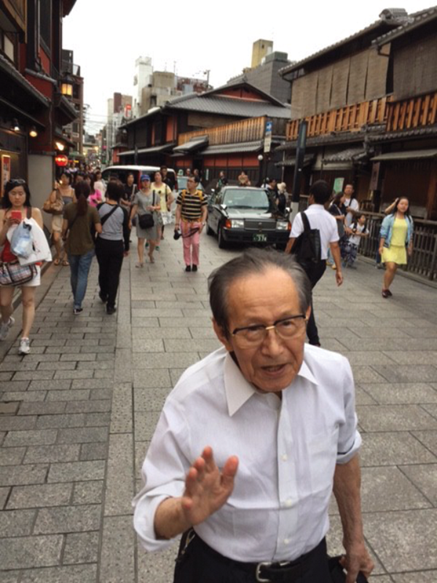 How long is it now since you developed the thyroplasty procedure?

And at what point did you classify thyroplasty into types one to four? About 30 years ago. As a pioneer, using the excised larynx, I developed a list of possible surgeries. An idea came to me. Basically, changing the tension and position of the vocal cords. That was my first concept for classifying the procedure into four types.

While doing the experiment using the excised larynx, every day I tried different things, to open and elongate and shorten and close the vocal cords. After 20 days, I came up with the conclusion that we can do these four things to the larynx mechanically. 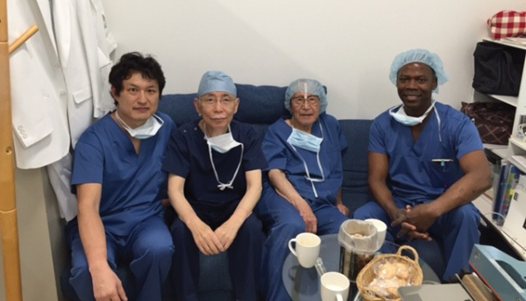 Among all the types of thyroplasty, type one seems to be the most common practice. Why is that do you think?

Because recurrent laryngeal nerve paralysis is common. Type one thyroplasty is quite easy; you will always see some improvement, but type two is a little bit more delicate. Type two, you have to do it with the expert first. Other operations you can do after reading about them, but type two thyroplasty is different. We also now have a lot of transgender patients for type four thyroplasty to raise the vocal pitch. 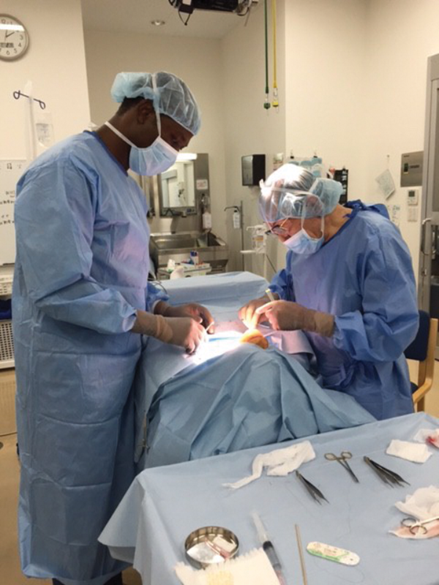 You have talked about type one, type two and type four. What about type three?

Type three is rather an unusual indication. Mutation voice disorder may last a long time. You can also use this type for the patient who wants to lower the pitch of their voice, but with type three you have to be careful not to remove too much of the cartilage at one time.

Once I attended an American congress and someone presented the pre- and postoperative voice. The postoperative voice sounded like the voice of a lion. I was surprised. I asked what kind of anaesthesia the surgeon had used, and if he had tried to listen to the patient’s voice during the surgery. Unfortunately he had removed as much of the cartilage as he wished under general anaesthesia without knowing how much the voice had been lowered.

“The biggest advantage of this surgery is the potential for adjustment.”

Would you advise that thyroplasty should always be done under local anaesthesia?

Yes, it should all be done under local anaesthesia and step by step. Listen first and then go ahead further. If using general anaesthesia a patient should be awake at the beginning and end of the operation so the surgeon can listen to their voice. Without knowing the voice, we cannot end the operation. Using general anaesthetic I do not think the effect will be satisfactory for the patient. The patient did not listen to his voice during surgery. The biggest advantage of this surgery is the potential for adjustment. Under general anaesthesia, it’s all wrong; without knowing the final result, it’s quite a risky operation. The patient may not be satisfied.

I think that some people are too much accustomed to using general anaesthesia, and / or have a prejudice towards local anaesthesia: “Oh, it must be quite painful, it cannot be tolerated”. When I published my results, for five years in the United States they were almost against the surgery, saying it was out-dated or painful, but once they tried it, they realised it is not so big a problem. Patients accept the surgery now. Thyroplasty is routinely done under local anaesthesia. Under general anaesthesia we lose almost every good aspect of this phonosurgery.

Tell us about the recent developments that you’ve made in the thyroplasty types and what the future challenges are. For example, you have made some modifications to the type two thyroplasty with a titanium bridge, which now replaces silicon block.

I was never successful using the silicon block because of extrusion. I had been thinking about a fixation, and I thought about how a dog is able to make a good bite. So I got the titanium to work like this.

It’s difficult to say what the future challenges are. I think that I need to improve mobility of the superficial mucosa and the stiffness.

What message have you got for young phonosurgeons?

The young phonosurgeon must learn from their senior what is safe surgery and what the risks of the surgery are. I had the concept of type two surgery a long time before I carried one out, in 1955, but it was not until I met a lady 15 years later suffering with spasmodic dysphonia, who had no voice at all following an earthquake in Kobe district, that I put it into practice. I told her that this surgery had never been done before, and that I had only experimented previously on a dog’s larynx but that I thought this was the only way of solving the problem.

Just one last thing I want to ask you. Are you now retired?

Oh, yes, retired from my official position, but two days a week I work at the private hospital at Hiroshima ENT Clinic with Dr Hiroshiba and Dr Tanabe. I am now 85 years old and enjoying free time. Although I actually have to do quite a number of things. First, I have to write my second edition of Phonosurgery.

And then you will retire?! Thank you for the wonderful interview.

For a full audio recording of the interview please visit www.phonosurgerycourse.com