ENT & Audiology News caught up with our long-time friend and favourite paparazzo, Professor Hesham Negm, to discuss his career and involvement with the magazine, and to view some of the fantastic photos he has taken along the way. 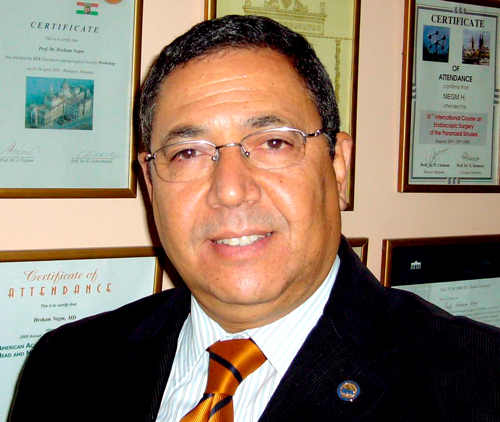 How did you get into the field of ENT, and what are the important stops or landmarks in your career?

When I was a medical student, I was fascinated by our ENT professor, Hashem Fouad. He had a charming personality and was an excellent teacher and surgeon, he encouraged me and I wanted to follow in his footsteps. Fortunately the dream came true and eventually I was sitting in his chair as the Chairman of the ENT Department at Cairo University. 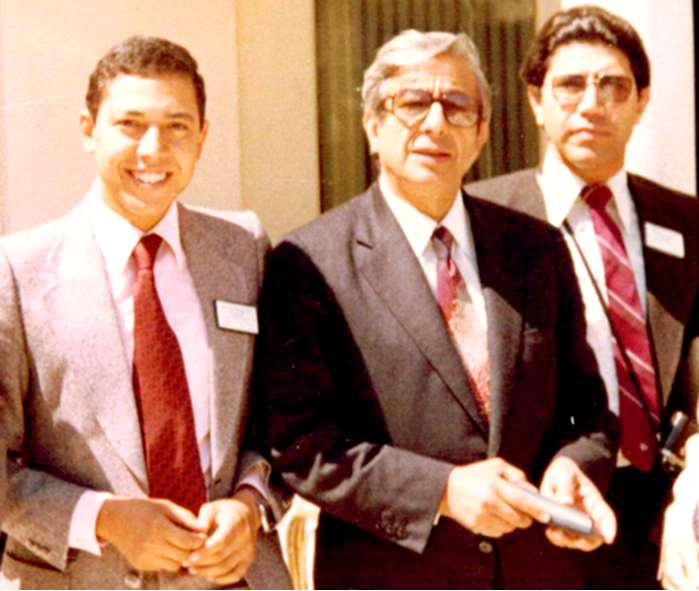 I attended a laser course run by Prof Rudert in Kiel, Germany in 1996, where I formed friendships with many colleagues who went on to become eminent professors, such as Prof Hormann and Prof Werner, who invited me later to be a continuous lecturer and visiting professor in Marburg.

Prof Pluzhnikov of St Petersburg treated me like a son and selected me to be a member of the International Academy of ORL and HNS. He introduced me to Prof Lichtenberger of Budapest, and encouraged me to attend international congresses.

Working with Prof Kotby for IFOS Cairo, I met key figures like Prof Passali of Italy, who organised the following IFOS where I met and became friends with Italian professors, such as Castelnovo, Sanna and Vicini.

Working with great professors like Albegger, Remacle, Olofson, Stammberger, Magnan and a long list of legends involved with European congresses and boards gave me a great deal of experience.

My profession has also introduced me to celebrities outside the medical field, including politicians, scientists, diplomats, singers, composers and actors; Omar Sharif and Zahy Hawas are examples. 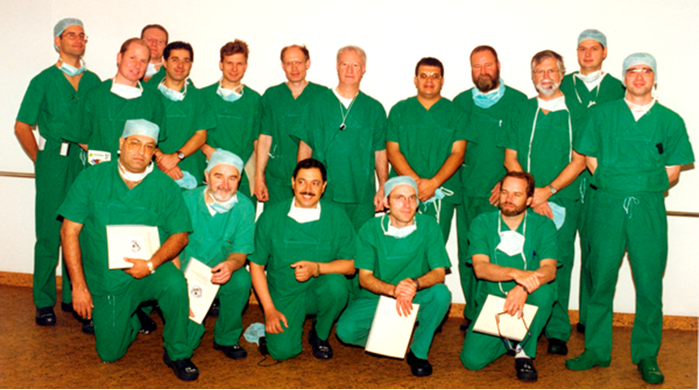 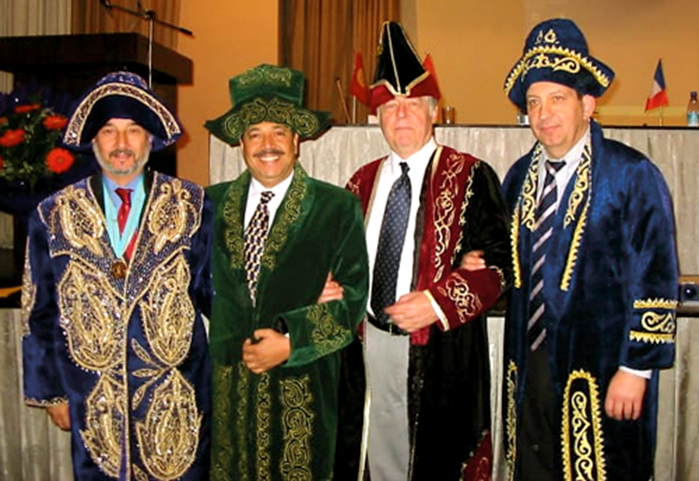 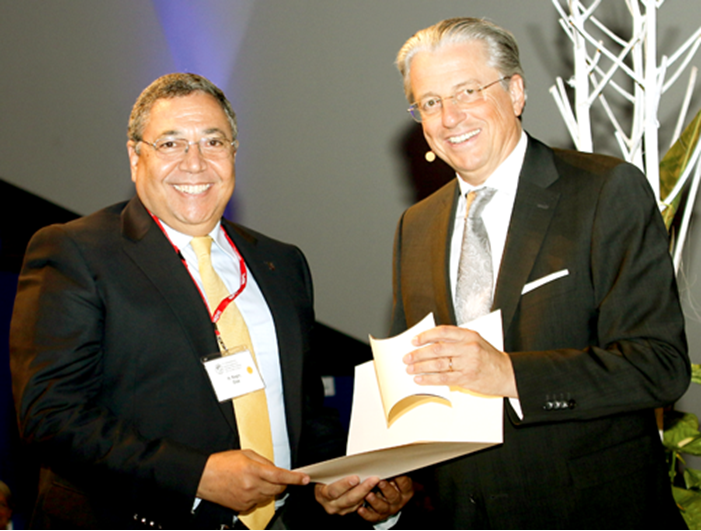 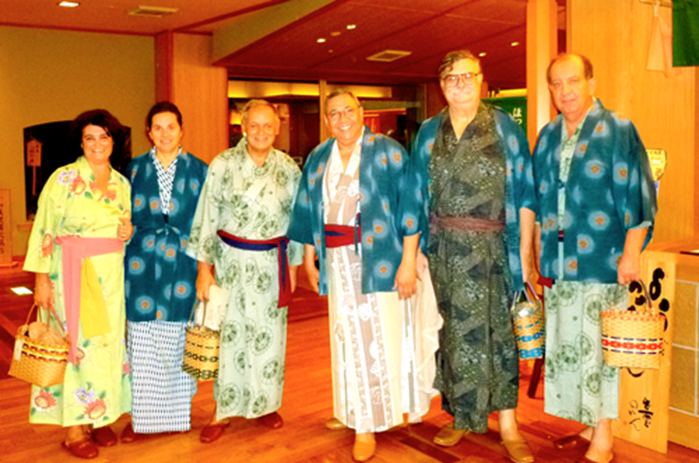 In Japan with Profs Cassano, Passali and Zabolotny. 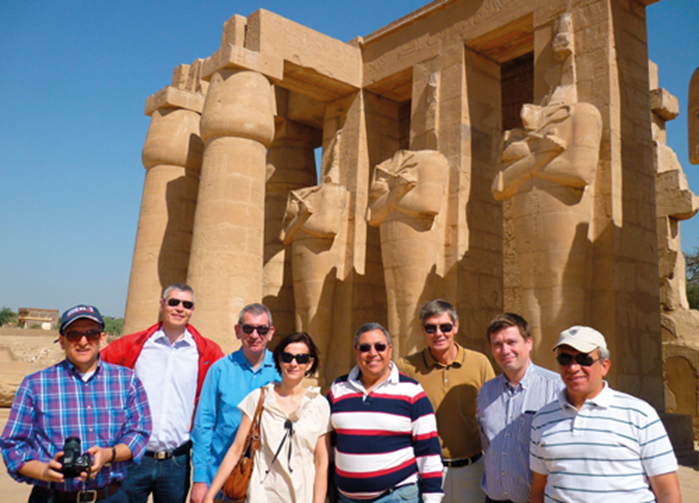 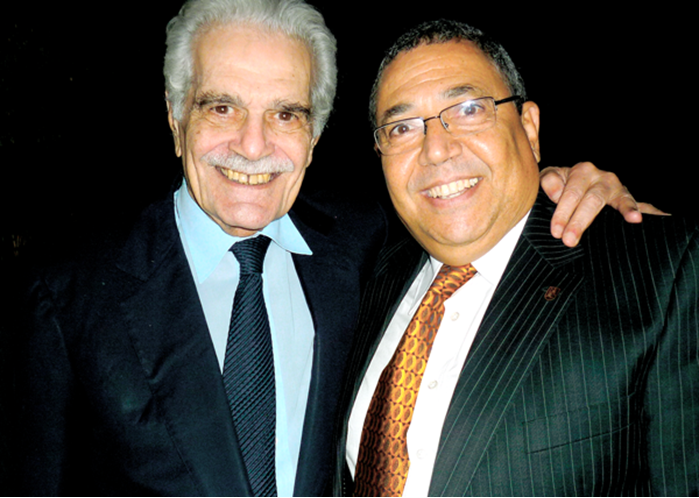 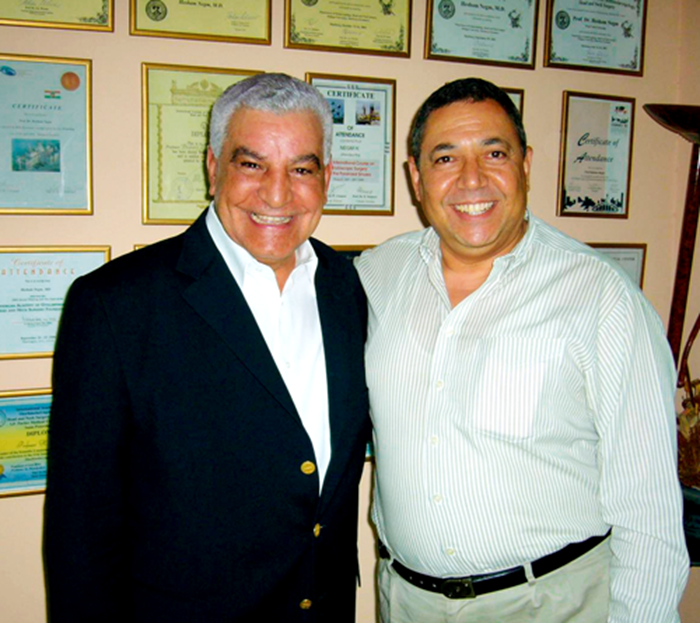 With the world-famous archaeologist, Zahy Hawas.

How did you first hear about ENT & Audiology News and become involved in the magazine?

I saw copies of ENT News in the offices of some of my senior professors and I became interested. I liked the idea of reporting on meetings in the Newsround section. I also found the events diary very useful for finding out about upcoming congresses and courses. 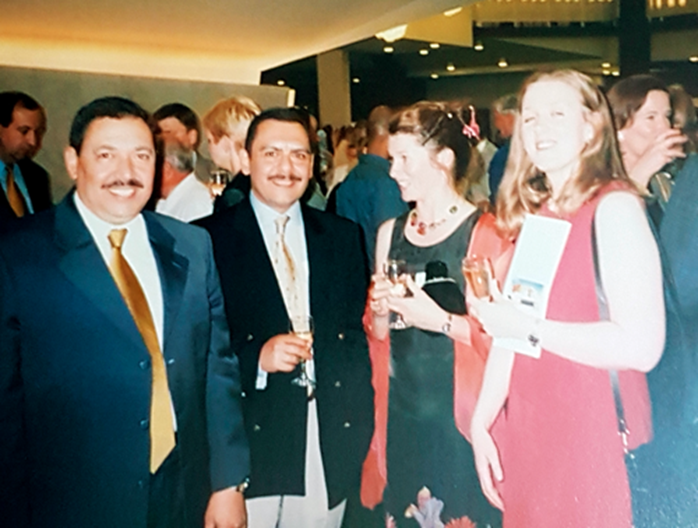 Tell us about the first time you met the ENT & Audiology News team.

The beginning of the relationship was in Berlin in 2000 during a European congress where I met Rosaleen Shine and Patricia McDowell at their stand. I was representing IFOS Cairo and happened to win a Berliner bear as a congress prize, so we agreed I would write a report on the event and provide pictures, and that was my first appearance in the magazine. After that, I received an invitation to join the board as a member of the International Liaison Committee, and of course I accepted. Since that time, I have been actively reporting and sending pictures from the meetings I’m attending all over the world and I have worked with many excellent editors, such as Pat Bradley and Ray Clarke, and now with Declan Costello. 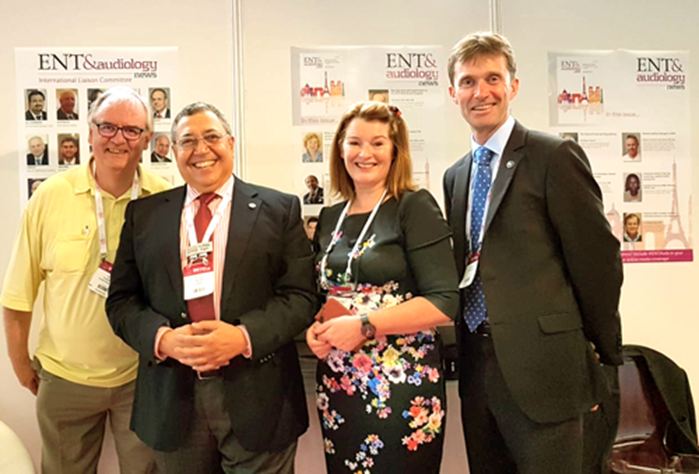 How have things changed since then; both the magazine and the international conference scene?

The magazine is always widening its scope in terms of topics. The change to ENT & Audiology News certainly contributed to this by attracting more audiological interest. The magazine is now available, not only as printed copies, but also online and on Twitter, so you can hear about an event on Twitter, then read the details online and finally, you receive your printed copy of the magazine which hopefully includes a report. Regarding the conference scene, meetings have become equipped with more modern technology, both in the lecture halls and the exhibition, with wide use of websites and apps which give all the programme details and other useful information. 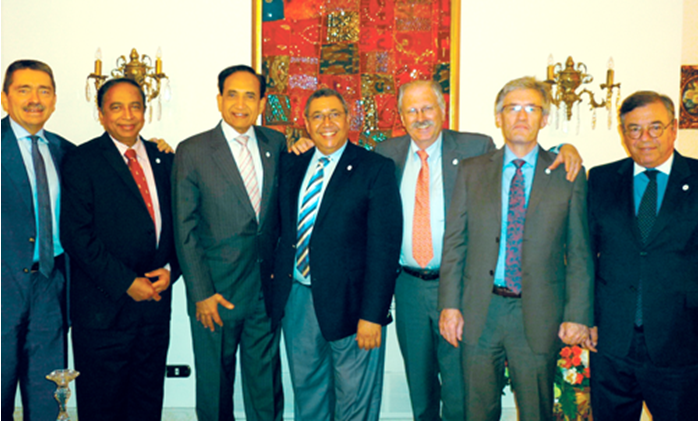 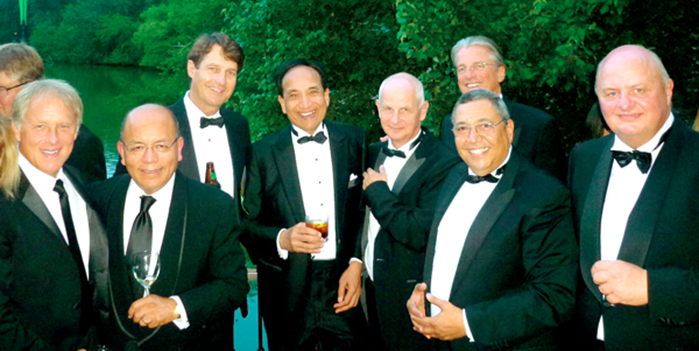 With Prof Shah at the IFHNOS congress in New York, 2014.

You are known for being the magazine’s ‘roving reporter’. What do you enjoy about attending conferences worldwide?

I enjoy being a part of conferences worldwide because I’m interested in international relations. I hope that I can act as a bridge between East and West, and my real wealth is my wide network of friends all over the world. These meetings give me the chance to keep up with old friends and create new ones. For this reason, I am also the International Coordinator of the Egyptian ORL society, a representative of the European Academy and IFHNOS in Egypt and the Middle East, as well as a member of many societies worldwide. 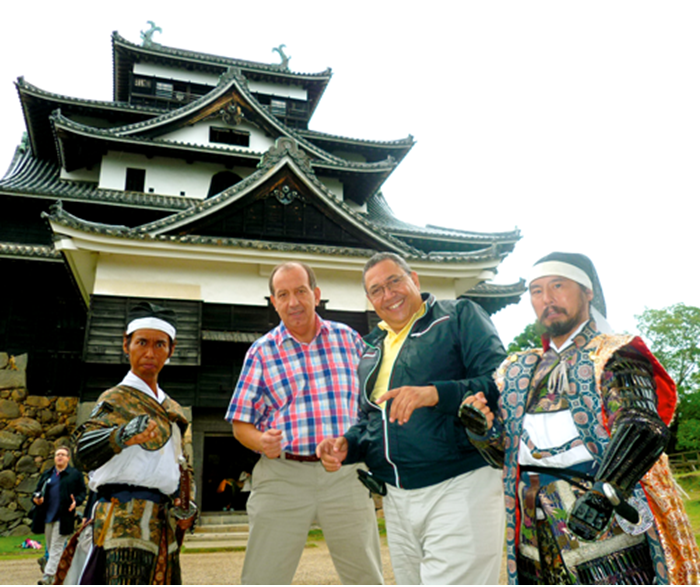 With Prof Zabolotny and Samurai warriors in Japan, 2013. 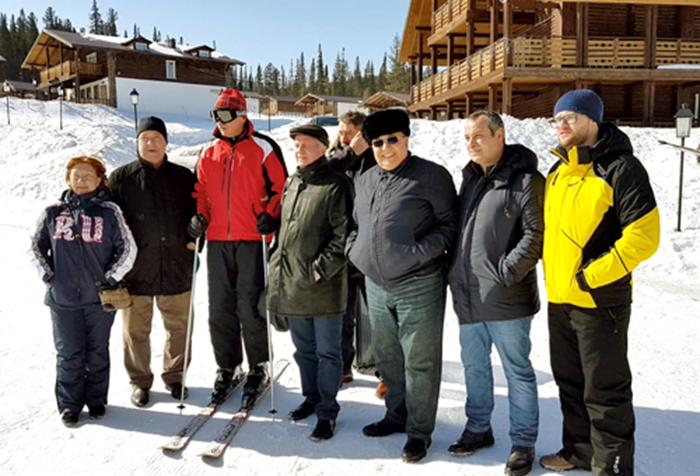 Group picture at a ski resort near Krasnoyarsk, Siberia 2017. 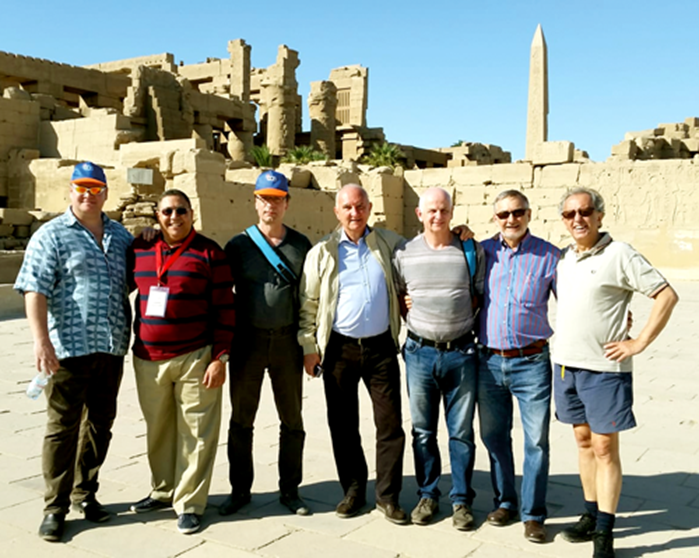 Guests at the Karnak temple, Luxor in Cairo. ORL Congress 2015.

Any advice for new ENT doctors?

Besides your routine work, always try to allow some time for research. Also attend and share in international meetings for fruitful contact with colleagues around the world. 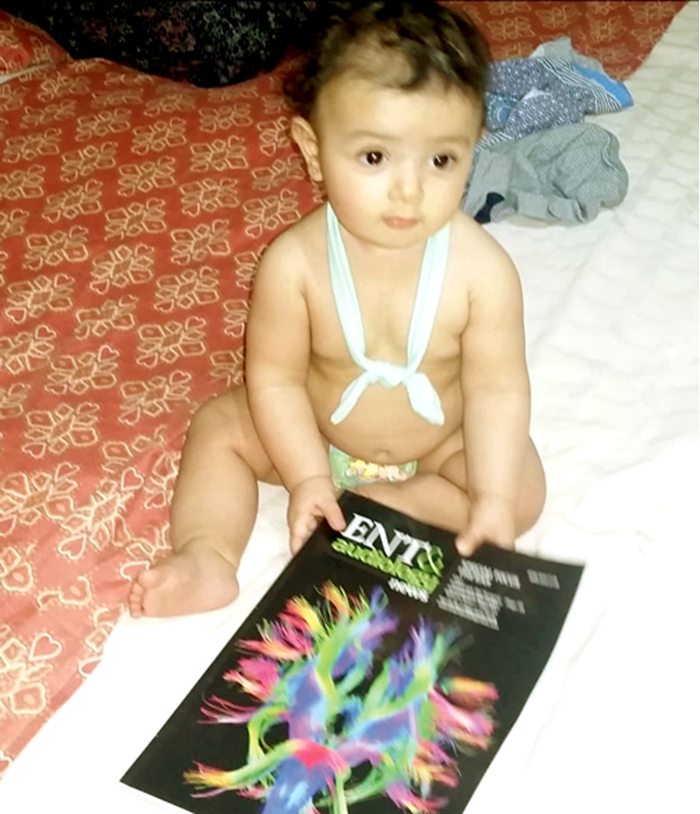 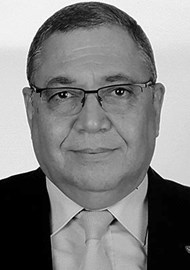