1st World Congress of Paediatric ENT — In the 21st Century

Some 2000 delegates from 60 countries gathered in Buenos Aires in April to share their experiences and expertise in paediatric otolaryngology. Congress President, Professor Tania Sih, has long had the ambition of bringing the cream of world paediatric ORL to Latin America, and her efforts were rewarded with an excellent congress. With Vice-President, Dr Leopoldo Cordero, and General Secretary, Dr Hugo Rodriguez, they not only put on a superb academic programme, but extended the warmest of Latin hospitality and friendship to all.

The opening ceremony included welcome messages from Prof Sih, Dr Alberto Chinski (Honorary President, from the University of Buenos Aires), and Dr Rodriguez. Dr Federico Augustovski, whose specialty now is healthcare economics, delivered a thought-provoking address on the role of health technology assessment in healthcare. He highlighted the persistent inequalities both within and between various healthcare systems, particularly in Latin America, against a backdrop of increasing prosperity and greatly increased life expectancy in many countries.

The academic sessions covered the whole spectrum of paediatric ORL, and the difficulty was picking and choosing between some very engaging topics. I was heartened to hear of development in the presentation and treatment of recurrent respirator papillomatosis, with a marked global reduction in incidence as countries adopt HPV vaccination. The impact is also already being felt in cancer of the uterine cervix, with big reductions in incidence of pre-cancerous lesions, such that HPV related oropharyngeal cancer rates are now set to overtake uterine cervical cancer in many communities. All the more reason to press for vaccination of boys. 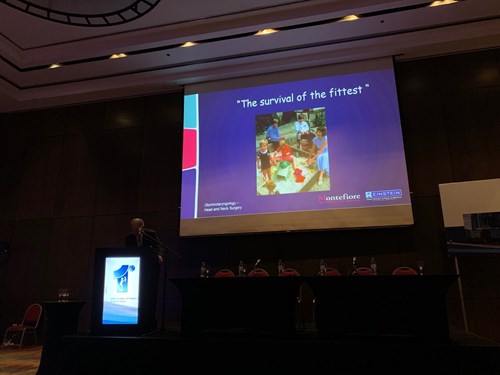 Multiple sessions on cochlear implantation testified to the now worldwide adaptation of implants, but clearly there is much work to do to identify candidate’s early, and universal screening for deafness is very far from the norm in many countries.

There were several presentations on OSA in children, again a worldwide problem and one where we need more data. Preliminary results from the Australian study on pre-school children suggests that traditional sleep studies are not measuring the right things, and we may need to focus more on parental questionnaires and good old-fashioned medical histories.

Several North American stars in the field of airway surgery - including Robin Cotton - were on hand to share their wisdom and many delegates travelled from Africa, Australia, and the Asia Pacific region to attend. There was a good deal of interest in non-clinical topics, such as resilience in doctors, the difficult issues around physician suicide, the ageing surgeon, and burnout; sadly an international phenomenon reflecting the increasing pressures we all work under.

As you would expect in Buenos Aires, we were well looked after. The conference dinner, in the stunning Palacio San Miguel, featured Argentinian beef and some fabulous music, including the Argentinian singer Elena Roger, who sang in English, French and Spanish, had us all on the dance-floor. Her rendering of some of the songs from ‘Evita’ was heart-stopping. 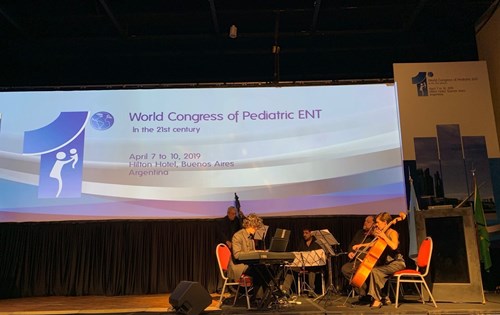 Musical Performance at the congress
Image supplied by Harvey Coates

Buenos Aires is a wonderful venue, and of course Tango was much in evidence, including some impromptu performances during the coffee breaks! All in all, a splendid trip; hats off to Prof Tania Sih and her colleagues for putting on such a superb event. 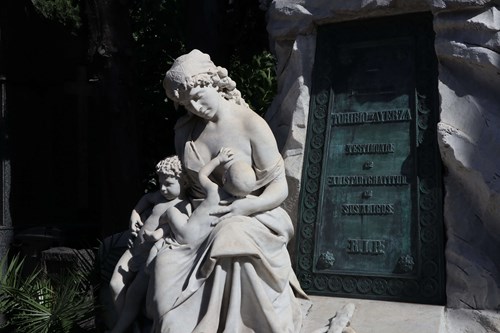 Dr Toribo de Ayerza memorial in Recoletta Cemetery Buenos Aires. A pioneer of Paediatric Tracheotomy, he popularised the technique for the treatment of Diphtheria in Latin America in the 1840s. A native of the Basque country, a Parisian graduate, and an Argentinian physician, illustrating the strong links between European and South American medicine.