The 2019 Association of Otolaryngologist in Training (AOT) conference was a sold-out affair. Hosted by the London Deanery, the annual gathering was kick-started by its long-established Thursday activity, which this year involved a stimulating climb up the O2 in jumpsuits, followed by champagne and dinner. 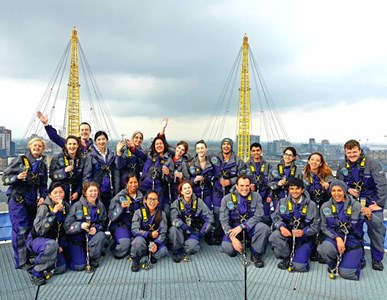 The conference itself was held in the elegant ballroom of Amba hotel, Charing Cross, and the committee did a grand job of keeping everyone well fed and hydrated whilst delivering a stellar programme. Professor Kumar was delighted to announce the new reduced membership rates for trainees, and founding AOT, President Tony Narula, centred his talk on the origins of AOT, accompanied by some rather insightful training videos. Unfortunately, the fully-packed schedule didn’t allow enough time to watch all five films, however we were reassured they would be safely stored for 2020!

Ben Hartley shared some of his most rewarding paediatric cases over the years and Google Deepmind presented their unpublished work regarding the role of artificial intelligence (AI) in ENT and potential problems with patient privacy. We had the opportunity to question what our responsibility will be as clinicians in the AI emerging-era. 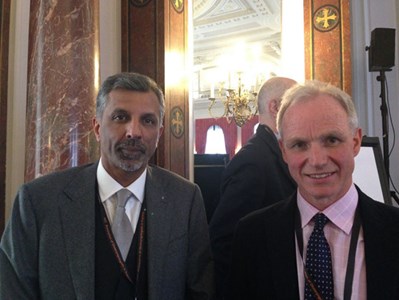 Craig Murray was invited to speak about the new training pathway. It was announced that training will now involve a general ‘ENT safe’ sign off at ST6, leaving ST7-8 for trainees to concentrate on their chosen subspecialty. The reasoning was logical: ‘Does a rhinologist (for example) require competency in major ear surgery?’ This question was articulately explored by Shakeel Saeed in a later talk. However, there were of course, many questions from the floor and Mr Murray encouraged feedback from the forum.

An outfit change and champagne reception later, we sat down for the annual black-tie dinner where wine flowed, portions were aplenty, and we were given anecdotes about career unpredictability by Professor David Howard, the invited keynote speaker. His lively presentation was underlined with persistent encouragement as he talked about the importance of mentorship and the value of being kind to everyone in your team, most importantly to the most junior person. As the band started and delegates spilled onto the dance floor it was, in conclusion, a good close.

Full house at the Amba Hotel.

AOT 2020 will be held in the historical city of Oxford. See www.aotent.org for more details about the organisation.