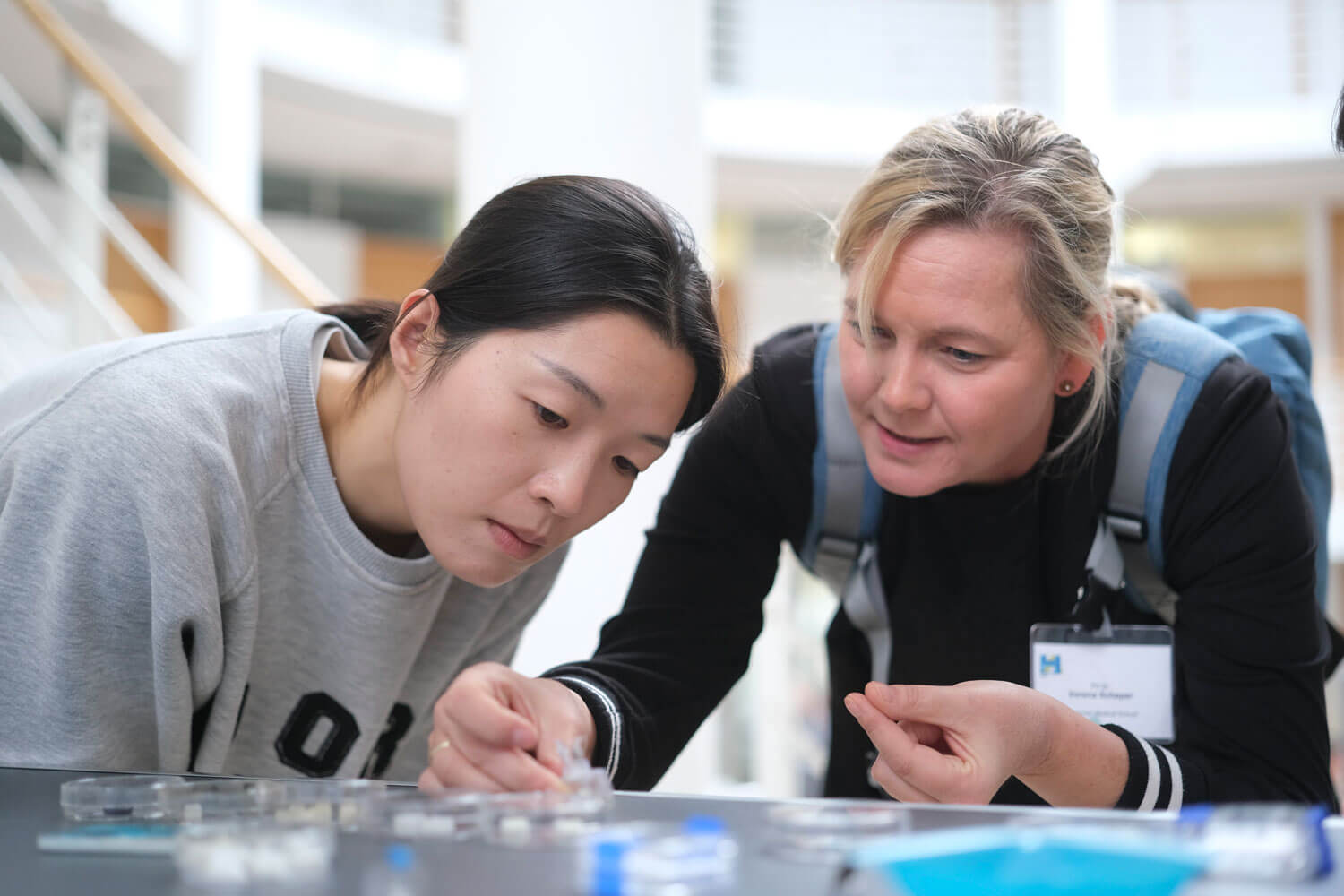 Hearing4all is a Cluster of Excellence, a large collaborative research project funded by the Deutsche Forschungsgemeinschaft in the context of Germany’s strategy for scientific excellence. The project unites scientists from many scientific disciplines, coming from three universities and various other partner institutions, located at Oldenburg and Hanover. 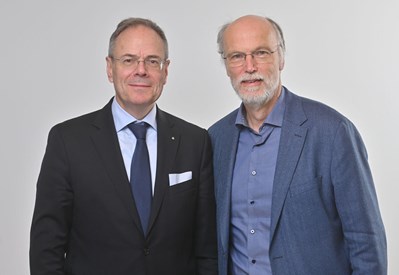 This year marked the 10th anniversary of Hearing4all, and so the cluster’s annual symposium featured a jubilee evening event at Hanover’s Sprengel Museum for Modern Arts.

The symposium was hosted by the Hearing4all spokespersons, Professor Birger Kollmeier, University of Oldenburg, and Professor Thomas Lenarz, Hanover Medical School (right). There were many talks by Hearing4all scientists, focusing on the four research threads, translation and topics from junior scientists. I want to point out the talks of external keynote speakers, which highlighted the symposium. 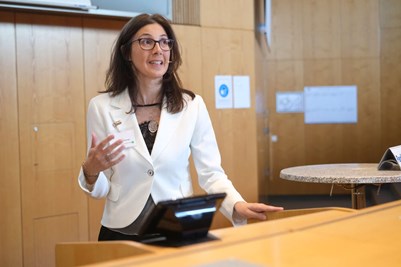 Professor Alessia Paglialonga (left) from the Institute of Electronics, Information Engineering and Telecommunications of the National Research Council of Italy gave an insight into her research on hearing screening. A growing number of self-administered hearing screening tests have been developed. There is a tendency towards multivariate approaches, also including the general state of health as well as demographic and socioeconomic factors. In combination with the use of machine learning algorithms, these approaches can help build accurate methods to predict the risk of developing hearing loss.

Another keynote talk by Professor Monita Chatterjee, Director of the Auditory Prostheses and Perception Laboratory at the National Research Hospital in Boys Town, NE, United States, was about prosodic cues in emotional communication with cochlear implants. “Speech is musical,” she says and points out the nonverbal component of understanding speech, which for instance helps to differ between a happy or a sad mood of a speaking person. Children with cochlear implants show smaller acoustic contrast than peers with normal hearing, which has a detrimental effect on their development. 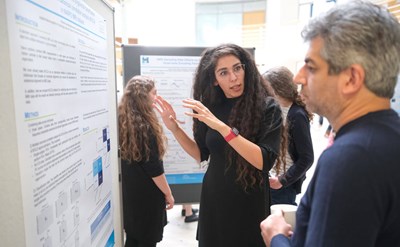 Two talks from speakers of Hanover Medical School addressed translation. Firstly, Karl-Heinz Dyballa presented a fourth possibility of electrical auditory stimulation: the possibilities but also regulatory aspects in the development of an auditory nerve implant (ANI). Secondly, Georg Böttcher-Rebmann reported about the progress made to reduce the occurrence of trauma during cochlear implant electrode array insertion, which is very important for preserving patients’ residual hearing. The first step was the design of a surgical tool will enable the measurement of insertion forces during conventional CI surgery. In a second step, concepts for providing surgeons feedback by intraoperative force visualisation were developed. Georg Böttcher-Rebmann got the award for the best young scientist’s talk.

The next Hearing4all International Symposium will take place 2-3 November 2023, Weser-Ems-Hallen in Oldenburg, Germany.