In honour of Sir Morell Mackenzie 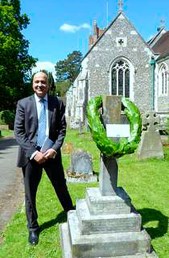 We were indeed blessed with a beautiful summer’s day as we congregated close to Sir Morell Mackenzie’s grave in the churchyard of St Mary’s Church, Wargrave, on Saturday 5 June. Led by Mr Guri Sandhu, the President of the RSM Section of Laryngology and Rhinology, and his Secretary, Mr Chadwan Al Yaghchi, we were received by the Reverend John Cook, Vicar of St Mary’s, who conducted a short prayerful service. Mr Neil Weir read an account of the memorial service arranged by Dr James Irwin Moore a century ago (Journal of Laryngology and Otology 1921;36:367-8) and Mr Guri Sandhu placed a laurel wreath with the inscription: ‘To the Memory of Sir Morell Mackenzie, the Father of British Laryngology, from the Section of Laryngology and Rhinology of the Royal Society of Medicine, June 5, 2021 – the centenary of the Memorial Meeting held in 1921’, on Morell Mackenzie’s grave.

After this similarly respectful and affectionate ceremony, we walked to Morell Mackenzie’s old home, The Little House, where by courtesy of the present owners, Drs Mark and Susan Puddy, we enjoyed a delicious lunch in the garden.

Who knows whether on June 5 2121 this ceremony will be repeated? 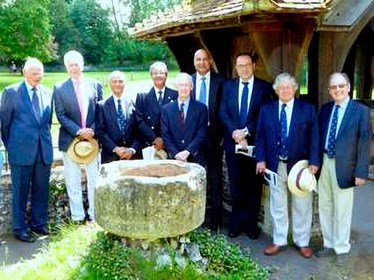 By Neil Weir, Past President of the British Society for the History of ENT; Consultant otolaryngologist, Royal Surrey County Hospital Guildford, UK (1978-2002) - Continues in private practice.

The memory of Morell Mackenzie

On 5 June this year, it is hoped that the COVID-19 restrictions will be sufficiently relaxed to enable a small group of laryngologists including Mr Guri Sandhu, President of the RSM Section of Laryngology and Rhinology, his Honorary Secretary, Mr Chadwan Al Yaghchi, Professor David Howard, Mr David Springall, a relative of Morell Mackenzie, and myself to re-enact a touching ceremony in memory of the ‘Father of British Laryngology’ that took place 100 years ago. 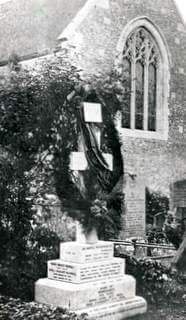 The driving force behind this event was Laryngologist, Dr James Irwin Moore, who had by chance acquired The Little House, built by Morell Mackenzie in the High Street of the Thames side village of Wargrave. Irwin Moore qualified in Edinburgh in 1893. Although he never knew Mackenzie, he came to work at the London Throat Hospital which, in 1914, amalgamated with Mackenzie’s Throat Hospital, Golden Square. Here he absorbed the history of its founder and was moved to become a great advocate for the restoration of the reputation of Morell Mackenzie whom he felt had been let down by his fellow laryngologists after the death of Emperor Frederick III. In 1919 he had organised an exhibition of Mackenzie ‘relics’ (papers, books, drawings and instruments) in the RSM library. At its conclusion, the RSM Council refused to retain the collection and, several years later, also rejected a portrait of Mackenzie which Irwin Moore had acquired. Over 20 years later, the portrait was finally accepted and is presently to be seen in the RSM Toynbee Mackenzie ENT Room.

The Section of Laryngology held its third Summer Meeting in London in early June 1921 and at its conclusion on Sunday 5 June, Irwin Moore invited 30 members to lunch at his home following which they processed in pairs to St Mary’s Church to the sound of a muffled peal ringing from the church tower. They were led by Mr Mark Hovell and Dr James Donelan, both of whom had formerly been Mackenzie’s assistants. They carried a laurel wreath which, during a special service, they placed on Mackenzie’s grave that is sited close to the lych-gate of the churchyard. The wreath bore the following inscription: ‘To the Memory of Sir Morell Mackenzie, the Father of British Laryngology, from the British and Foreign laryngologists attending the 3rd Annual Summer Meeting of the Section of Laryngology, Royal Society of Medicine, June 2nd, 3rd, and 4th 1921’. 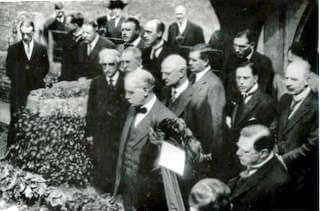 There followed an address by Mr Hovell who spoke with intimate knowledge of Mackenzie’s qualities of kindness and consideration, and recalled the courage of his lifelong fight against poor health caused by asthma. Sir St Clair Thomson reminded everyone of the enduring value of Mackenzie’s scientific and literary attainments and pointed out that Mackenzie had discovered all that was possible in laryngology 40 years ago. He was sure that had electric light and X-rays been available, Mackenzie would have “forestalled the recent developments in endoscopy”. Also present were Sir James Dundas Grant, who mentioned that a commemorative plaque had been placed on Mackenzie’s birthplace in Leytonstone, and Gustave Garcia, the son of Manuel Garcia who, in 1854, was the first to visualise the larynx with a mirror.

This respectful and affectionate ceremony concluded with tea at The Little House where all present congratulated and thanked Irwin Moore for his conception of the event. They all went away with memories of the Father of British Laryngology and a beautiful summer’s day by the river Thames, as indeed I hope we will on 5 June 2021.

By Neil Weir, Past President of the British Society for the History of ENT; Consultant otolaryngologist, Royal Surrey County Hospital Guildford, UK (1978-2002) - Continues in private practice.