XIIIth Meeting of the International Society of the History of Otorhinolaryngology

The 13th Working Meeting of the International Society of the History of Otorhinolaryngology was an outstanding success. It was held in Bad Lippspringe, right in the centre of Germany and hosted by Professor Benedikt Folz. This spa town was not only a delightful place to hold a conference, but also claims an important place in the history of ENT, since it is the birthplace of Wilhelm von Waldeyer-Hartz, who first described ‘Waldeyer’s Ring.’ He also coined the terms chromosome and neurone. 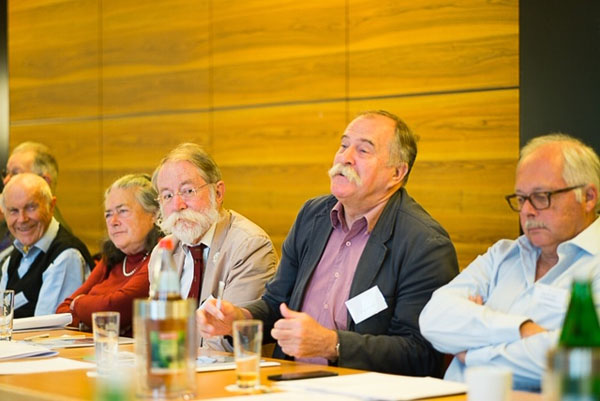 The welcome reception was a sumptuous Mediaeval banquet in the 12th century castle, following an interesting tour of the Spa. During the last war, the castle had been used by Himmler as an SS training centre, but later blown up and so we had to dine in the impressive remaining old vaults.

The academic programme was bigger than usual and consisted of eighteen fascinating lectures on the history of our specialty. Kees Graamans (Nijmegan) opened the batting with ‘East India Deafness’ (from the anti-malarial ototoxic Quinine). Compatriot Rinze Tange (Utrecht) then spoke on the ‘Actina,’ a successful American battery-operated pocket device for the treatment of deafness, which conned the trans-Atlantic public for 30 years and made its quack inventor millions of dollars. Robert Rubin (New York) gave a masterly talk about four ground-breaking pioneers in the field of paediatric communication of the deaf. Edward Fisher (Birmingham) spoke about the continuing importance of Eponyms, with particular reference to aural incisions. Wolf Lübbers (Hamburg) gave a wonderfully illustrated talk about nasal punitive amputation and this was followed by Wolfgang Pirsig (Ulm) who delivered a lecture (also with many beautiful images) about a firm of talented Berlin brothers in the 19th century who produced medical teaching bony prosections and models. Albert Mudry (Lausanne) fascinated his audience with the story of the ‘Geswein Hole,’ which is evidently a rarely used eponym for the pre-auricular sinus. 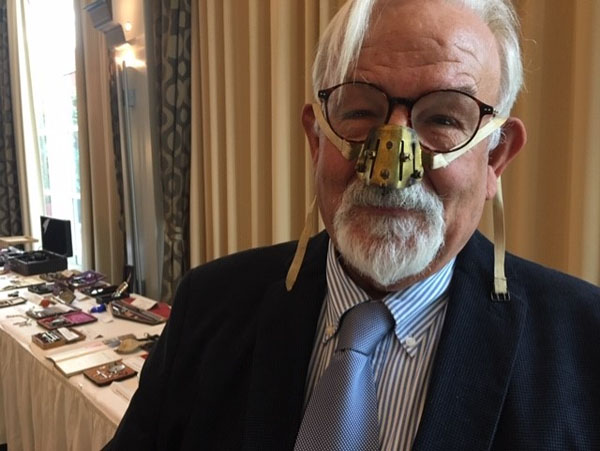 An amazing fully animated presentation was given by Roman Sokiranski (Heidelberg). He has always bewildered us with his spectacular videos and this year, we were not disappointed. We were treated to high resolution visual excursions around some of the embryological malformations in the Heidelberg University Anatomy Collection.

Enrique Perello Scherdel (Barcelona) included the treatment of Adolf Hitler’s vocal cord polyps (in Manchester we called it ‘Trafford Park Throat’) in his talk on ‘ENT 1820 – 1930’. John Riddington Young (North Devon) concluded and consolidated his previous two lectures on ‘Patron Saints in ENT’ with stories of St Æbbe of Coldingham, who cut off her nose to prevent being raped by the Viking, King Hubba, and St Cadoc of Llancarfan whose bed in Brittany allegedly still cures deafness. 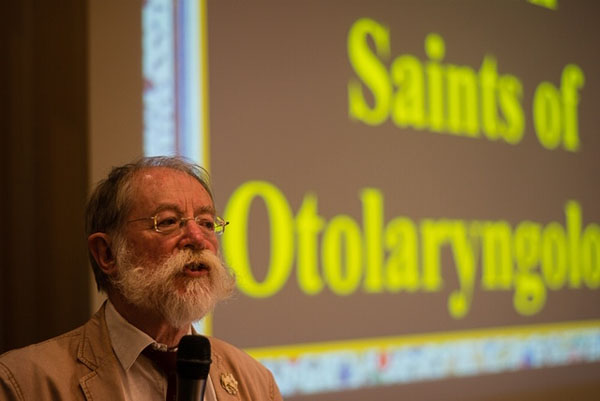 An interesting talk on ‘Nobel Prize Nominations for Otolaryngologists’ by a pure historian, Nils Hansson (Düsseldorf) defined the eligibility for the medicine prize as “discoveries that have changed the scientific paradigm and are of great benefit for mankind” and went on to pose the question why no prize had yet been awarded for cochlear implants. Kamilla Frankenberger (Bad Lippspringe) gave a resumé of how their present ENT centre had evolved from a 19th century Spa Health Resort and centre for treatment for chest diseases and tuberculosis. There were four more local speakers from Bad Lippspringe. George Bachmann reviewed the history of Weber-Rendu-Osler-Hanes disease;  Elia Barbuceanu talked about the history of laryngectomy; Barbara Selbach spoke about consequent vocal rehabilitation from the 19th century; and Darco Fratric finished the show with a fascinating vignette about a gunshot wound to the neck, which altered the course of world history and caused countless millions of deaths – the assassination of the Archduke Ferdinand in Sarajevo in 1914.

An excellent dinner at the Spa Parkhotel gave participants opportunity to argue about the day’s work. The following morning, a city tour of Paderborn was followed by a guided tour of the largest computer museum in the world (the Heinz Nixdorf Forum). 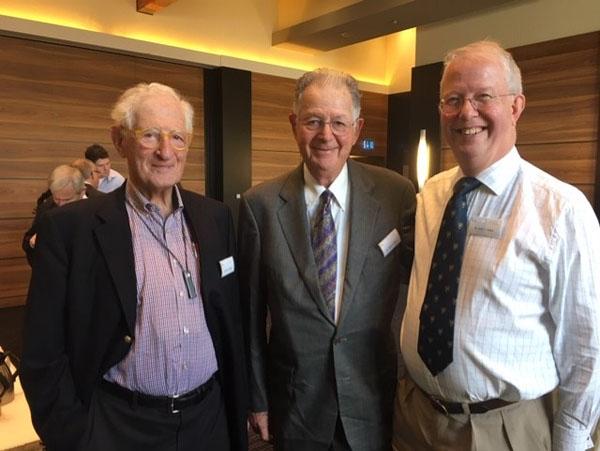 Next year, the Society is off to Wenceslas Square, Charles Bridge and the Old Town Square – to Sparkle-blearing Prague! Kamilla Frankenberger will return to her old hometown to host our annual 2020 meeting at the end of September in Prague. In the meantime, read our free online journal, www.historiaorl.com, and keep an eye open for our forthcoming book, with the catchy title, HistoriaOtorhinolaryngologica, published by Kugler and edited by Albert Mudry, Wolfgang Pirsig and John Riddington Young.