Robert Harrison discusses some of the most obvious ways in which cochlear hearing loss has central consequences.

It is convenient to classify hearing loss according to the most obvious site of lesion, for example, conductive, cochlear, retro-cochlear, or central hearing loss. However, there is rarely a cochlear hearing loss that does not cause some change to central auditory pathways. This overlap between the peripheral and central mechanisms is often overlooked, and it can sometimes blur the distinction between peripheral versus central auditory processing disorders.

Many aspects of sound analysis are affected by cochlear lesions

Unlike conductive hearing loss, we know that cochlear lesions do not simply result in attenuation of auditory input. Many aspects of acoustic signal analysis are degraded, including spectral frequency, timing and loudness coding. The contribution of such a peripheral degradation of sound information has to be taken into account before we decide to label a hearing problem as a ‘central auditory processing disorder’. Loss of cochlear frequency selectivity is one obvious example of the processing degradation that accompanies haircell damage. Many studies (including ones done by this author) have highlighted this. 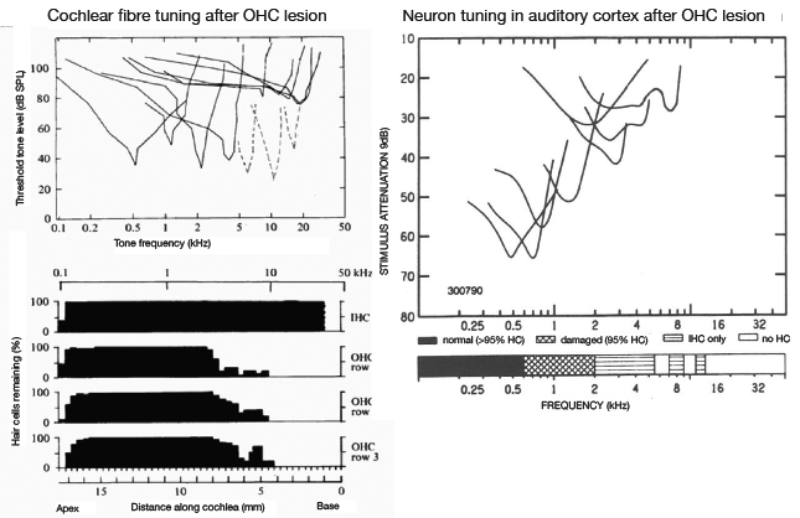 Figure 1. Effects of cochlear haircell damage on the frequency tuning of cochlear nerve fibres (1a) in guinea pig model [1] and neurons in primary auditory cortex [1] in the cat [2].

The left panel of Figure 1 shows the effects of basal outer hair cell loss on the frequency tuning properties of cochlear nerve fibres (spiral ganglion neurons) in a guinea pig model [1]. To emphasise that this is not just a peripheral problem, the right-hand panel shows tuning of neurons in cat auditory cortex after a similar cochlear haircell lesion [2]. The cortical neurons corresponding to the basal cochlear lesion show broad frequency tuning; there is no compensation for the poor frequency selectivity established at the periphery. So much auditory signal analysis and coding is achieved at the cochlear level, and when this is degraded, central mechanisms have reduced information and often have to work overtime to make sense of sounds (we might relate this to an ‘increased effort’ in hearing). 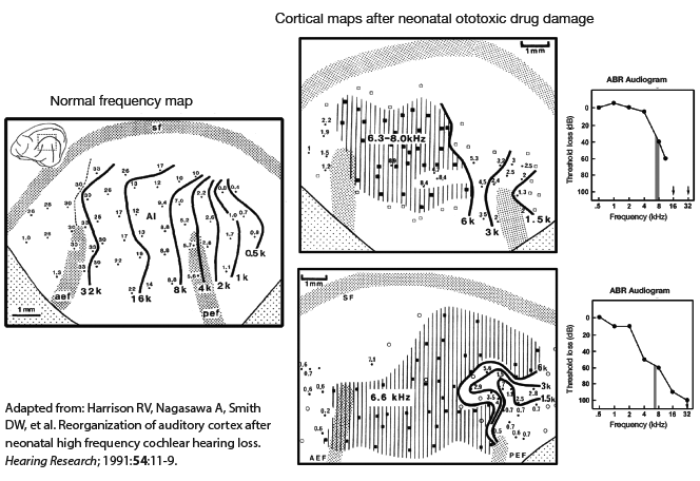 Figure 2. Tonotopic maps in primary auditory cortex of the cat based on single unit tuning curve best frequencies [3]. The left panel shows a normal frequency map. The centre panels are maps from two subjects having basal cochlear lesions induced at birth, as reflected in the ABR audiograms (right panels).

Central pathway reorganisation is most likely if a cochlear lesion exists during an early postnatal period when the auditory pathways are still developing and in a very ‘plastic’ state. The normal development of the central auditory brain depends on stimulation by an adequate pattern of neural activity from the periphery. The effects of abnormal sensory input (because of a cochlear lesion) can permanently change central auditory networks. This is illustrated in Figure 2, which shows the abnormal cortical tonotopic maps in primary auditory cortex (centre panels) that result from neonatal cochlear hearing loss. Animal models show that even in adults, a cochlear lesion can result in some modifications to cortical frequency mapping [3].

“There are very few (if any) types of cochlear hearing loss that are not accompanied by some degree of retro-cochlear neural degeneration.”

The most extreme illustration of the importance of cochlear activity for central auditory brain development is seen in profound congenital deafness. In such cases, there is often no development of auditory cortex. The cortical areas usually devoted to auditory processing are taken over for use by other sensory modalities (i.e. somatosensory and visual systems).

Figure 3. Effects of chronic hypoxia on the cochlear sensory epithelium in an animal model of ANSD [6]. The scanning electron microscope image on the left is from a normal animal. Centre and right images show inner haircell degeneration in experimental subjects.

The discovery and recognition of auditory neuropathy spectrum disorder (ANSD) [4] and of ‘hidden hearing loss’ [5] has emphasised how difficult it is to differentiate peripheral from central degeneration. As the term ‘auditory neuropathy’ implies, early discussion on etiology postulated central neuronal degeneration. This was not least because a main diagnostic feature of ANSD was a change to the auditory brainstem evoked response (ABR) pattern. However, one informative animal model of auditory neuropathy suggests that a major cause of ANSD is chronic cochlear hypoxia [6]. At the cochlear level, this is manifest in degeneration of inner hair cells (see Figure 3). Needless to say, with a reduced inner hair cell population, there is reduced channel capacity of central auditory neural pathways.

In the animal models that show ‘hidden hearing loss’, noise trauma causes some partly reversible haircell dysfunction. However, there is also a more permanent spiral ganglion cell depletion. Again, this is an example of an initial cochlear lesion that has secondary (and longer lasting) effects on more central auditory neurons.

Our recognition of hearing loss types, such as auditory neuropathy and hidden hearing loss: leads us to question any notion of a distinct boundary between the inner ear and the central auditory pathways. The inner hair cell synapse is a very vulnerable structure known to be affected by noise trauma, ototoxic drugs and, cochlear hypoxia (see Figure 3). When these synapses degenerate, so too do spiral ganglion cells.

There is also evidence that cochlear lesions that appear to involve only outer hair cells or the stria vascularis can result in inner hair cell synaptic change. In short, there are very few (if any) types of cochlear hearing loss that are not accompanied by some degree of retro-cochlear neural degeneration.

It is almost impossible to clearly distinguish cochlear versus more central hearing disorders. It is important to appreciate the very intimate links between cochlear function and central auditory mechanisms. What do we mean when we talk about an auditory processing disorder? How can we distinguish what component deficits are central versus peripheral? It is common to make a designation of a ‘central auditory processing disorder’ or to consider ANSD to be a mainly ‘central’ problem. However, it is likely that many cases have, dominantly, a peripheral cause. Perhaps it is time to rethink how we define different types of sensorineural hearing loss, or at least move away from any classification based on site of lesion. 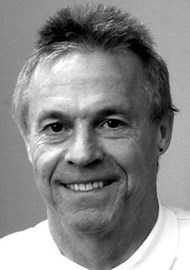