Cognition and hearing – you can’t test one with the other!
By Boaz M. Ben-David

Cognitive Psychologist, Boaz M Ben-David, provides insights into the import of considering cognitive factors when assessing speech perception ability to maximise intervention success. Failing to do so, he suggests, is “ageist”, a predisposition healthcare professionals must avoid.

Cognitive performance is intertwined with speech perception and hearing. Pertinent literature on ageing in the past two decades indicates that cognitive abilities have a large effect on speech perception and that hearing status affects cognitive reserve (i.e. individual differences in how tasks are performed and in resilience people exhibit).

However, in many cases, speech perception is still tested without acknowledging the role of cognition, and cognitive abilities are tested without accounting for the role of age-related sensory degradation in general, or hearing status in particular. In this short review, I want to challenge this and suggest that speech perception tests should consider cognitive and social factors, and cognitive tests must consider sensory and social factors. 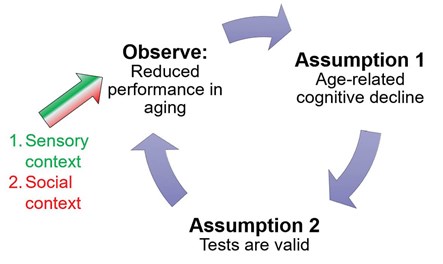 As a cognitive psychologist, I wish to start with a mea culpa – focusing on our failures in the design and administration of cognitive tests. In a literature review recently conducted in my lab [1, 2] (see video), we present a model (see Figure 1) maintaining that there are two implicit assumptions underlying cognitive testing: 1. cognitive tests are valid (even though most of them have been validated with younger adults); and 2. there is an irrevocable cognitive decline in ageing. Now, clearly any test result that shows a cognitive decline in ageing is taken to provide further support for both assumptions and boost test validity, leaving no room for scientific change. However, the literature shows that cognitive tests in ageing may be affected by sensory degradation and social factors. 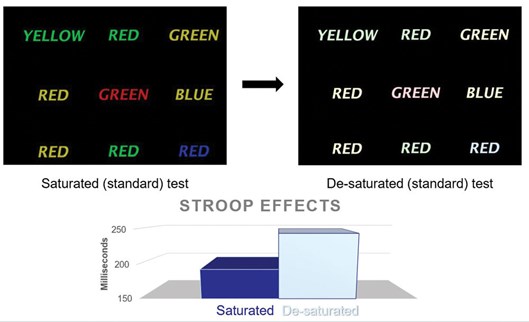 Figure 2. A sample of incongruent colour-word Stroop stimuli presented by Ben-David et al to younger adults [3]. The left panel presents the standard test, and the right panel presents a modified test with desaturated colours designed to mimic older adults’ colour vision. The data present the increase in Stroop effects for healthy younger adults, as a result from using desaturated colours.

For example, for over 50 years, an age-related increase in the classic colour-word Stroop effect has been taken to indicate a decrease in selective attention with age. In a series of studies, we suggest that this effect may reflect (at least in part) colour-vision degradation in ageing. As shown in Figure 2, by simply mimicking an ‘older eye’ (desaturating the colour of the words), we were able to inflate younger adults’ Stroop effects [3]. In other words, visual degradation was sufficient to lead younger adults to perform just like older adults on a cognitive test. Similarly, there are several studies showing that when the listening situation is adjusted to match older and younger adults’ auditory abilities, speech processing can be equated. In our lab, we use eye-tracking technology to assess speech processing, as the spoken word unfolds in time. 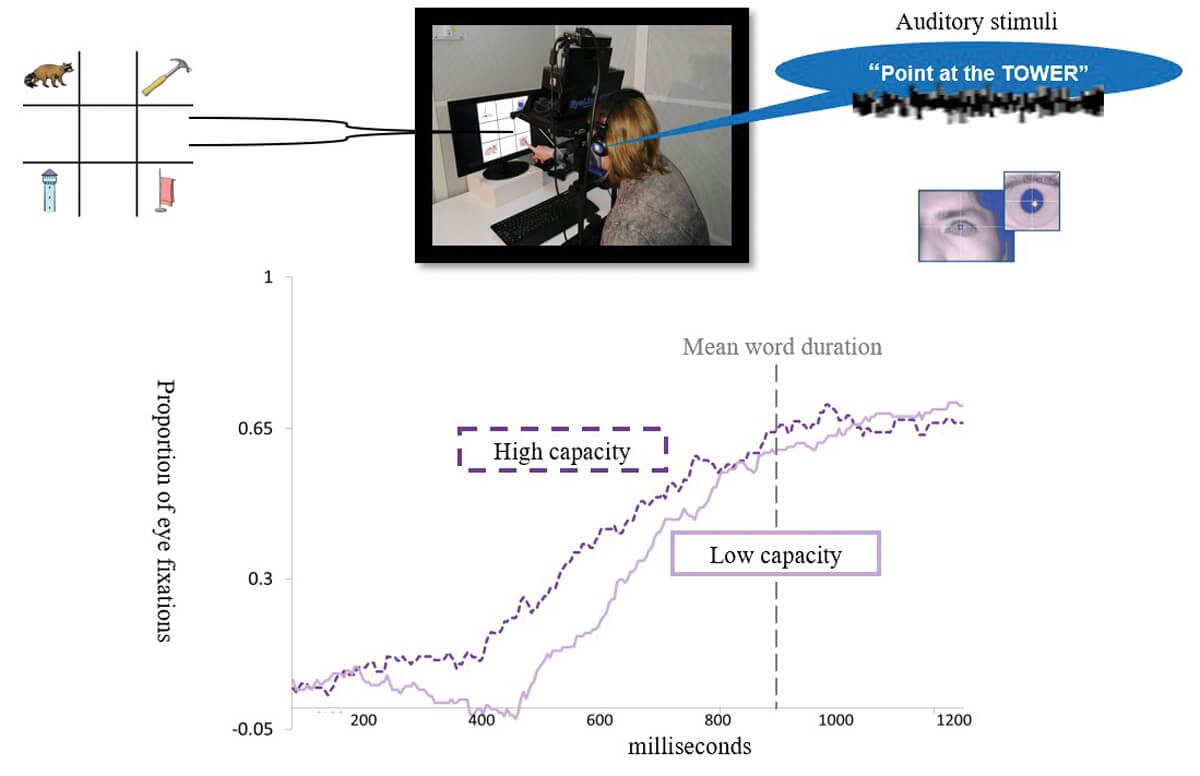 Figure 3. A description of the eye-tracking paradigm used to gauge speech processing as the word unfolds in time. The top panel presents (left to right) the visual presentation of four pictograms (the spoken target word, a sound-sharing competitor, and two unrelated foils), the eye tracker, and the spoken auditory instructions presented in noise. The bottom panel presents preliminary data with 20 older adults (collected by Nitsan). The proportion of fixations indicating discrimination between the target word and its sound-sharing competitor increases as the word unfolds in time. Older adults with higher cognitive capacity appear to discriminate between the target and its competitor earlier than older adults with lower capacity.

As Figure 3 presents, we test eye-fixations on a named object, relative to fixations on an object whose name shares phonology with the named object (e.g., toweR and toweL). By tailoring noise levels for older and younger adults to match the auditory challenge (4dB difference in SNR to equate single-word identification across age groups), we were able to erase age-related differences in online speech perception [4]. In sum, if you cannot see well or hear well, no wonder cognitive performance will decrease. Clearly this can apply to daily life and not merely to lab-based cognitive tests. It is no surprise that a recent Lancet report on dementia prevention (discussed by Georgiou in this issue) highlights management of hearing loss as the number one modifiable risk factor in mid-life.

“I wish to warn of the ageist stereotype threat that was found to impact cognitive performance and speech perception, both inside and outside of the lab”

Speech perception tests are also not immune to the effects of cognitive changes in ageing. A review by Natalie Philips highlights the importance of assessing cognitive factors when testing speech perception in older age [5]. In the context of the Framework for Understanding Effortful Listening (FUEL), Philips suggests cognition as a factor contributing to clinical speech-perception test outcomes. In short, the FUEL model adopts Nobel Laureate Daniel Kahneman’s capacity conceptualisation, where mental resources have limited capacity, and suggests that speech processing could be impacted by individual differences in cognitive resource capacity. An increase in input capacity demands, such as the presence of background noise, may impede speech processing for individuals with lower capacity resources.

In our lab, we used a modified version of the eye-tracking paradigm described in Figure 3, where listeners were asked to retain digits for later recall while following spoken instructions, presented in noise, to touch a depicted item on the monitor. We showed that younger adults who scored lower on a digit-span test (a measure for auditory working memory capacity) differentiated between the target word and its sound-sharing alternative about half-a-second later than did participants with higher digit span [6]. Figure 3 also presents preliminary data (by Nitsan) suggesting a similar delay for older adults with lower cognitive capacity. In sum, as speech processing is resource demanding, the less resources a listener has, the more s/he will be affected by adverse conditions.

In a sense, failure to consider age impacts on testing protocols is ageist. I wish to warn of the ageist stereotype threat that was found to impact cognitive performance and speech perception, both inside and outside of the lab. The predicament arising from negative ageist stereotypes on cognitive decline can be experienced as a self-evaluation threat leading to decreased performance, thus fulfilling the ageist prophecy. In other words, if you feel that you are expected to fail on a test – you will be inclined to fail. This expectation can lead older adults to restrict social encounters, resulting in severe health and mental outcomes. Indeed, researchers have been able to minimise, and even erase, age-related differences in cognitive tests by simply leading older adults to expect success on the test (e.g., by presenting the test as suited to older adults).

“Researchers have been able to minimise, and even erase, age-related differences in cognitive tests by simply leading older adults to expect success on the test”

Following COVID-19, public ageist derogatory statements have received some legitimisation. For example, public officials have suggested ‘sacrificing’ the elderly to save the economy; and some hospitals have suggested using 65 as a cutoff age in deciding how to dispense limited resources. This discussion presents older adults as a homogenous group, weak, expensive and maybe selfish, defined mainly by their age; instead of presenting the pandemic as related to all of us, stressing heterogeneity in older age, and the active and important role older adults play in society and culture. In this atmosphere, no wonder too many older adults refrain from online interactions, from social activities and even from seeking medical and mental help.

What can we do? When assessing speech processing, we should test for cognitive changes in ageing; when assessing cognitive performance, we should account for auditory and visual sensory degradation (e.g., ask participants to use corrective eyewear, ensure legible font, use personal amplifiers). In my eyes, our most important task is to fight ageism thereby helping to maximise intervention success. Turn to older adults and provide the support they need to maintain an active role in the general society, while observing COVID-19 social distancing. It is our challenge as health providers, as scientists and as a society. 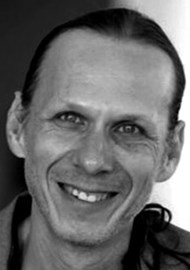