Congenital CMV: investigations and management in the audiology setting
By Simone Walter

Congenital cytomegalovirus (cCMV) is the only cause of congenital sensorineural hearing loss (SNHL) for which there is a medical treatment available to prevent further hearing loss. Dr Simone Walter discusses cCMV infection, cCMV-related hearing loss, and how to facilitate their detection and management in paediatric audiology.

Congenital CMV (cCMV) can present with SNHL in otherwise well infants and children. The diagnosis of SNHL prompts investigations into the cause, including CMV tests [1], thus CMV related SNHL may come to light following universal newborn hearing screening (UNHS). Some audiology departments have developed a CMV diagnostic pathway for newborns, involving audiologists, to hasten detection of cCMV and referral to paediatric infectious disease specialists for consideration of treatment.

CMV is a common infection, infecting most people by the age of 60 years. As one of the herpes viruses, like chickenpox, it remains dormant at several sites including salivary glands and kidneys, and may then reactivate. When CMV is active in the body, it is secreted in body fluids and may be passed to another person. Congenital CMV (cCMV) infection is defined as a CMV infection which occurs before birth. (This paper does not refer to CMV infection after birth, which is thought not to cause childhood SNHL, although it is a possible cause of sudden hearing loss in adults).

Congenital CMV is the most common congenital infection. The incidence varies from approximately 0.2 to 2% of live births worldwide. Although primary infection occurs in 1% of pregnancies, it is only passed to the foetus in one third of cases.

CMV infection in adults and children does not usually cause any symptoms. However, in an unborn child, it can cause systemic damage [2]. Possible symptoms and signs at birth are:

Figure 1. Incidence of Sensorineural Hearing Loss in Congenital CMV. (N.B. SNHL is not a visible symptom at birth, hence an infant from the ‘asymptomatic’ group may have a symptom at birth, i.e. sensorineural heairng loss, which only becomes apparent following their newborn hearing screen, or occurs later). Overall, two thirds of children with CMV-related SNHL will have been born without obvious symptoms and will therefore be from the ‘asymptomatic at birth group’. Key: ~ stands for ‘approximately’.

Approximately 10% of children are born with symptoms or signs (see Figure 1). There is a 3-5% mortality rate. Of the survivors of this ‘symptomatic at birth’ group, around 50% will be affected by SNHL. Outcomes vary greatly. Other long-term complications include sensory processing difficulties, learning difficulties, behaviour and sleep difficulties, visual impairment, heart problems, autism, cerebral palsy and epilepsy.

cCMV causes 10-20% of childhood SNHL. It has no characteristic audiometric pattern. It may begin as a unilateral loss, but subsequently affect the other ear, so it is important to investigate unilateral SNHL for cCMV. The hearing loss is progressive in 50% of cases, (see Figure 2), and bilateral severe-profound SNHL requiring cochlear implantation is not uncommon.

The SNHL is present at birth in 50%, and occurs later in the other 50% of cases. Children with late onset SNHL will have passed their UNHS, so they are at risk of delayed detection and intervention. A late onset loss is possible, even in teenage years (see Figure 2).

The exact mechanisms of the SNHL, its onset and progression are unknown, but the virus and its effects are seen throughout the cochlear and vestibular structures on temporal bone biopsy, as are inflammatory cells (see Figure 3). 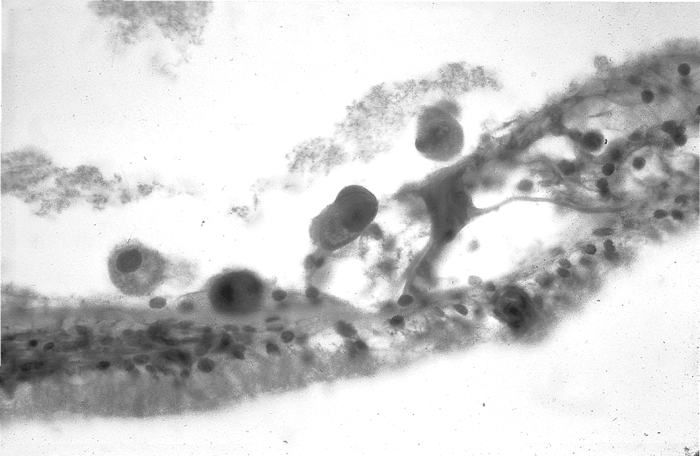 cCMV also causes vestibular dysfunction, which may be independent of the effects on hearing. This can cause delayed gross motor milestones, such as sitting and walking, poor balance and a tendency to fall.

The neonatal diagnostic auditory brainstem response (ABR) tests should be completed early, to allow time for CMV tests and referral for treatment. Testing thoroughly at more than one frequency helps avoid missing a mild SNHL which could progress. Children known to have cCMV require audiological follow up, even if their initial ABR is normal. Otoacoustic emissions are useful to monitor cochlear function between the neonatal ABRs and the first behavioural hearing tests, when middle ear function is normal.

“cCMV also causes vestibular dysfunction, which may be independent of the effects on hearing. This can cause delayed gross motor milestones, such as sitting and walking, poor balance and a tendency to fall.”

If a child with cCMV is late to sit, has visual problems, or is otherwise developmentally delayed, the first behavioural hearing test results may be delayed. Consider further ABRs, (under natural sleep or under melatonin or sedation induced sleep), to establish the hearing status and adjust hearing aids in aided children. Ear infections and glue ear are also common in cCMV, which can require additional testing and audiological and / or surgical management.

All children with SNHL should be offered tests for cCMV. Congenital CMV is diagnosed by testing a sample of body fluid taken during the first 21 days of life for CMV. The most sensitive samples are urine (e.g. collected in a bag or pad) and saliva (collected using a flocked swab). If the child is over 21 days old, the newborn bloodspot card (also known as the Guthrie card, heel prick test, or dried blood spot (DBS)), which is taken during the first week of life, can be tested for evidence of the virus. A positive DBS result confirms congenital CMV infection. The sensitivity varies e.g. 75-85%, so a negative result does not exclude cCMV but it makes it less likely to be the cause of the SNHL. CMV antibody tests in the child’s biological mother are also helpful. Liaison with local virologists to develop a CMV pathway is advisable.

CMV testing should be offered quickly following the detection of SNHL in newborns. Randomised controlled trials (RCTs) show prevention of further hearing loss and modest improvement in neurodevelopment in symptomatic children starting treatment before the age of one month. An RCT is recruiting in the UK and USA looking at the effects on hearing of treating children with CMV-related SNHL from age one month to age four years [4]. Another treatment trial in older children also includes vestibular function as an outcome measure [5].

Studies have shown that combining CMV testing with the newborn hearing screen is feasible, and acceptable to parents [6,7]. Cost benefit analyses of screening for cCMV (either targeted or universal) predict economic gains overall [8]. In some states of the USA, CMV testing in newborns with SNHL is mandatory.

A newborn with cCMV-related SNHL requires prompt liaison with, and referral to, paediatric infectious diseases specialists, who may offer antiviral treatment for up to six months. The drug (intravenous ganciclovir or oral valganciclovir) has significant side-effects, so the child will need blood tests during treatment. Parents require information and support regarding cCMV, e.g. that it is still safe to breastfeed, and that their children should not be excluded from nursery (https://cmvaction.org.uk/). As the spectrum of severity of cCMV is very wide, information should be tailored to their child’s symptoms.

“All children with SNHL should be offered tests for cCMV.”

Children with cCMV require regular audiological follow-up, even if their hearing is normal, because of the possibility of late onset and progressive hearing loss. It is recommended to follow up every three months during the first year of life, every six months until age three years, and annually until at least age six years, as a minimum. They require ophthalmology and developmental paediatric review [9]. Also consider referral for vestibular function testing.

CMV excretion is common in young children, so this is important knowledge for all women of childbearing age and professionals working with them. Hygiene measures, such as washing toys, wearing gloves when changing nappies, handwashing, using condoms during pregnancy, not sharing cutlery or dummies, and not kissing mouth to mouth, can help reduce spread of CMV to pregnant women.

cCMV is a common cause of SNHL and diagnosis may be prompted by referral from the UNHS. Early detection and referral to specialists for assessment and advice, including the possibility of medical treatment, are required. We must also remember that as 50% of cases occur after the UNHS, there is potential for delay in diagnosis and rehabilitation in this group, particularly as the hearing loss can progress. 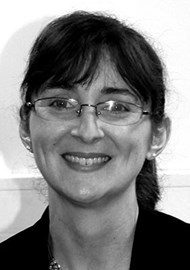