Could social isolation be a factor in the link between hearing loss and dementia?
By Paul Mick

In 1802, Beethoven wrote to his brothers Carl and Johann about his hearing loss: “You men who think or say that I am malevolent, stubborn, or misanthropic, how greatly do you wrong me. You do not know the secret cause which makes me seem that way.”

“Though born with a fiery, active temperament, susceptible to the diversions of society, I was soon compelled to isolate myself, to live life alone.”

There is compelling research showing that hearing loss restricts social interaction in some people. Another body of literature has demonstrated a link between social isolation and the development of dementia. Could hearing loss cause cognitive impairment by isolating people?

The association between social environment and cognitive impairment

Poorer scores on various metrics of social structure and function have been linked to cognitive decline in large cohort studies of elderly individuals. People with small social networks, few types of relationships, infrequent social interactions or rare participation in social activities are at increased risk for developing dementia. In one study, regular participation in social activities reduced the rate of cognitive decline by 70% [1]. People who feel they receive inadequate emotional support from their spouses, friends and family are also more likely to develop dementia [2]. Loneliness, which is the subjective feeling of lacking companionship, is another risk factor [3].

A number of theories could explain the findings. The mental stimulation provided by interpersonal interactions and social participation could delay age-related declines in cognitive function (i.e. the ‘use it or lose it’ paradigm). Integration in social networks might encourage health-promoting behaviours or facilitate access to healthcare services. Emotional support improves psychological wellbeing, possibly reducing depression and increasing self-efficacy, which might in turn reduce the incidence of dementia. Social support has been associated with physiological factors known to influence cognitive functioning, including stress hormone levels [2] and blood pressure [4].

While such hypotheses are plausible, it’s important to keep in mind that the study results could also be spurious. All of the cohort studies excluded individuals who had dementia at baseline, but some might have had undetected mild cognitive impairments that progressed over the study periods. They might have become isolated or lonely because of their cognitive impairments, rather than the other way around.

The association between hearing loss and social environment

Hearing loss, or the process of adjusting to hearing loss, may interfere with an individual’s social environment. Most people who develop a disability experience altered relationships in response to changes in self-image and role expectations, and as a consequence of adjustment. Communica-tion impairments further affect everyday interactions. Deafness is essentially interactive; it is an experience that is necessarily shared with others.

A number of qualitative studies have examined the impact of hearing loss on intimate partnerships. Fortunately, hearing loss has not been associated with separation or divorce. Communication breakdown, however, is common, and may manifest as reduced understanding, frequency or depth of conversation. Individuals who are hard of hearing and their partners may both report increased effort, fatigue, stress, anxiety, depression, isolation, negative self-image and difficulties in family relationships resulting from communication difficulties [5].

“It is important that efforts be made to mitigate the isolating effects of hearing loss.”

Coping strategies, whether conscious or not, may further isolate individuals with hearing problems. People who are hard of hearing may avoid demanding or threatening situations out of fear of embarrassment, frustration, isolation, stress or effort. Avoidance is often employed in situations where they have little control over the environment, e.g. in the workplace, public, or around casual acquaintances or strangers. At home or in other places where they have more control, someone who is hard of hearing may instead impose their disability upon others. For example, they may increase the TV volume, leaving others in the house to either endure the noise with frustration or retreat to a separate space [5].

Most people with hearing loss subconsciously make adjustments for it long before they ever acknowledge a problem [6, 7]. Optimal coping strategies that might minimise the impact on social life are thus rarely considered explicitly. Acknowledgement is impeded by at least three factors. The onset of hearing loss is usually insidious, and without an internal reference, many people are unaware they have a hearing problem until they start violating tacit social rules (e.g. talking too loudly, asking others to repeat themselves, or turning up the TV). Others may misinterpret the behaviour as a sign of inattention, boredom, stupidity or dementia, rather than hearing loss [6]. Finally, the stigmas associated with hearing loss may threaten self-image, resulting in denial or minimisation. Many people would rather pretend to understand a conversation than disclose a hearing problem [8].

Gender may modify the impact of hearing loss on socialisation, although more research is needed to clarify differences among men and women. Limited evidence suggests men may attribute a lower value to communication than women and may not search as actively for communication solutions. They may be more likely to withdraw from social activities than struggle to maintain participation [8]. In one study, hearing-impaired men imposed their needs more strongly on the family than women [7] and women received less encouragement to wear hearing aids and reported feeling less understood by their spouses than men [7]. A recent population-based cross-sectional study reported that the risk of self-reported isolation was significantly associated with hearing loss among elderly women, but not men [9].

Results from a small number of population-based cohort studies have in general corroborated results from the qualitative literature. In these studies, isolation, reduced social support, infrequent participation in social activities and loneliness were more common among elderly individuals who had hearing loss compared to those who did not [9-12].

The association between hearing loss and cognitive impairment

Since hearing loss appears to be associated with isolation, reduced social support, and loneliness, which in turn have been linked with cognitive impairment, can we conclude that the mechanism linking hearing and dementia is related to changes in the social environment? The answer, at least for now, is ‘no’ since there have been no long-term, well-designed studies examining the longitudinal relationship between hearing loss, social variables, and cognition in the same population while controlling for confounding factors.

Regardless, the mechanism is conceivable, and furthermore, social isolation, loneliness, and reduced social support are important predictors of mortality, mental illness, cardiovascular disease and reduced quality of life. As such, it is important that efforts be made to mitigate the isolating effects of hearing loss. Future research is needed to clarify the impact of hearing loss on the social lives of elderly people and identify factors associated with good and bad outcomes. Hearing aids, assistive devices, counselling and communication education may be helpful in mitigating the social impact of hearing loss but data is lacking. Studies are needed to identify successful solutions and target them towards at-risk groups. Finally, advocacy is needed to ensure that the principles of universal design (e.g. quiet buildings, audio induction loops, access to written information) are implemented for the benefit of the hearing impaired to allow them to maintain active, integrated lives.

Declaration of Competing Interests: None. declared. 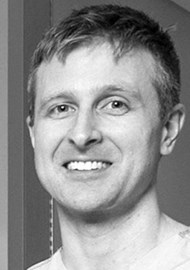