Detecting hearing loss in the military: are the current methods adequate?
By Matthew Blyth

A team at the University of Southampton have been funded by the Ministry of Defence to investigate how to improve the assessment of auditory fitness for duty in the UK Armed Forces. Matt Blyth talks us through the current methods of hearing assessment and gives us an overview to the work being undertaken to improve these methods.

A career in the military is likely to involve exposure to dangerously high noise levels. For example, the standard issue SA80 assault rifle has peak pressure levels in excess of 150 dB(C), and engine noise inside a tank can exceed 100 dB(A). It perhaps comes as no surprise then that hearing loss significantly contributes towards medical discharges in the UK Armed Forces. Since 2011, hearing loss has been a principal or contributory cause for 9% of all medical discharges in the UK armed forces [1].

In the veteran population, a recent Royal British Legion survey found that UK veterans under the age of 75 are 3.5 times more likely to experience hearing difficulty compared to the age-matched UK civilian population [2]. Clearly, hearing loss is a major risk for military personnel and poses a multifaceted challenge for employers. This article discusses whether the current methods are adequate for detecting hearing loss in military personnel.

All serving personnel must undergo regular hearing assessment as part of the UK Armed Force’s Hearing Conservation programme (HCP). The aim of this HCP is to preserve residual hearing and identify those who are not fit for duty. The assessment involves annual or biennial automated pure tone audiometry (PTA). Therefore, the detection of hearing loss in the military is dependent on the diagnostic ability of PTA. This raises two questions: 1) Is PTA sufficiently sensitive to detect damage in the auditory system? 2) Can PTA accurately predict auditory fitness for duty?

“The evidence suggests that PTA is a poor predictor of inner ear damage and performance on real-world listening tasks; therefore an improved method of hearing assessment is required for the UK Armed Forces.”

It is becoming increasingly apparent that PTA alone is not sufficiently sensitive to detect damage in the auditory system. The audiogram (PTA results) has been and continues to be the principal measure for quantifying hearing loss in most audiology clinics. But research over the past decade has shown that damage to the auditory system can be present in individuals with audiograms within normal limits. So-called ‘hidden hearing loss’ refers to hearing loss that cannot be measured by PTA. Kujawa and Liberman (2009) Kujawa and Liberman elegantly showed that damage to the cochlear nerve and afferent nerve terminals remained after total audiometric recovery following exposure to moderate noise levels (100 dB SPL for two hours) [3]. Whilst this effect has so far only been observed in animal models, the damaging effects of noise exposure that are not detected by PTA could mean that military personnel with damaged auditory systems are not being identified.

A study by Landeggar et al. (2016) carried out a histopathological analysis of 131 human cochleae and found that PTA was a poor predictor of specific cellular damage in the cochlea, with correlation coefficients at a maximum of 0.7 and often below 0.5 [4]. At present, there is no non-invasive test that can detect this damage that could be realistically implemented as a screening test for the military. To address this requirement of a more sensitive test, the Ministry of Defence are funding the HearWELL Detect programme which aims to achieve earlier and more reliable detection of noise-induced hearing loss.

Assessing whether military personnel have sufficient hearing ability to carry out their job safely and effectively [auditory fitness for duty (AFFD)] is currently determined by PTA. The patient’s PTA result is put into one of five ‘H’ categories. A particular role requires a particular H category. For this to be a valid assessment of AFFD, there needs to be a strong association between PTA result (or H category) and performance on job-related hearing critical tasks. At present, there is very limited evidence to show that this is true, particularly for the military occupation. A variety of correlation studies show that PTA alone is insufficient to predict performance on tasks that involve speech comprehension. Therefore the use of PTA for the assessment of AFFD is not evidence-based and unlikely to be suitable.

“The standard issue SA80 assault rifle has peak pressure levels in excess of 150 dB(C), and engine noise inside a tank can exceed 100 dB(A).”

Our Hear for Duty team at the University of Southampton have been investigating how to improve the assessment of AFFD in the UK Armed Forces. This work is funded by the Ministry of Defence. The first stage of this work identified important and frequent auditory tasks carried out by infantry personnel through focus group discussions and questionnaires [5]. Currently the focus of the work is to establish whether the auditory tasks are sensitive to hearing impairment and to create functional hearing tests based on the auditory tasks themselves. A speech-in-noise test has been developed for use as a potential predictor of AFFD; future work will involve assessing the predictive validity of the speech test and investigating the effect of hearing impairment on other military auditory tasks, such as the ability to monitor how loud you’re being in stealth-related situations.

In summary, the evidence suggests that PTA is a poor predictor of inner ear damage and performance on real-world listening tasks; therefore an improved method of hearing assessment is required for the UK Armed Forces. Research is underway to establish improved methods for detecting hearing loss and assessing auditory fitness for duty.

Declaration of Competing Interests: MB’s PhD is funded by the Ministry of Defence. 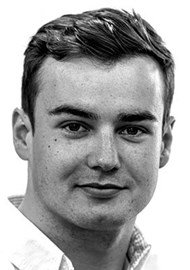