Diabetes and hearing loss: a review
By Alec Lapira

As hearing health professionals we often ask, especially in older patients, if they have diabetes; but what is the link? How is it manifested and should it change current practice? Alec Lapira reviews the changing evidence.

Early attempts to establish the possible link between diabetes mellitus (DM) and hearing loss since the 1960s were not very convincing. Researchers, using data collected by the Hispanic Health and Nutrition Examination Study, found a higher threshold among diabetic persons only at a single frequency of 500Hz [1].

Researchers in the Framingham cohort study found no association with diabetes [2]. Only the Wisconsin Epidemiology of Hearing Loss Study detected a modestly increased occurrence of hearing impairment among diabetics, compared to those without diabetes, when they defined impairment as the pure-tone average above >25dBHL in the worse ear [3].

Other studies to identify such a link were conducted in industrial or military settings and could not rule out the possibility that the effect of DM was limited to individuals who were predisposed to hearing loss due to occupational noise exposure [4].

People with diabetes commonly experience serious medical complications. The majority of diabetic adults suffer cardiovascular disease risk factors such as hypertension and high cholesterol, and the risk for adverse cardiovascular outcomes such as stroke or a fatal cardiac event is two-to-four times higher among adults with diabetes [3]. Diabetic retinopathy is a leading cause of blindness and diabetes is a prime cause of kidney failure.

“Because diabetes is a systemic disease with accompanying pathology affecting multiple organ systems, it is reasonable to inquire whether the auditory system is among those affected.”

Severe forms of diabetic nerve disease are a major cause of lower extremity amputations. Diabetic autonomic neuropathies can affect cardiovascular, gastrointestinal, bladder, and erectile function [2]. Because diabetes is a systemic disease with accompanying pathology affecting multiple organ systems, it is reasonable to inquire whether the auditory system is among those affected.

In recent years there has been growing evidence to suggest diabetes contributes to hearing loss. A study by the US National Institutes of Health found that participants with diabetes or pre-diabetes were more likely to have at least mild hearing loss at low-to-mid and high-frequency tones compared to people without diabetes [5]. The results remained the same after accounting for major factors affecting hearing, such as age, noise exposure, income level, and the use of ototoxic medications. Similarly, Japanese researchers from the Tsukuba University Hospital Mito Medical Center, found that mild hearing loss is more than twice as common in people with diabetes as in non-diabetics [6].

The pathophysiological explanation for diabetes-related hearing loss is speculative. Experimental studies of cochlear structures on animals with induced diabetes showed that the microangiopathy associated with diabetes might affect inner ear vascularisation, causing degeneration by interference of nutrient transportation, thickened capillary walls and flow reductions due to narrowed vessels [8]. The histopathological studies in temporal bones of the insulin-dependent diabetes mellitus (IDDM) patients also showed microangiopathic changes of the cochlea, evidenced as thickening of the capillary walls in the stria vascularis and the basilar membrane; atrophy of the stria vascularis; and loss of spiral ligament cells in upper turns [9]. Loss of outer hair cells has also been observed among patients with diabetes [10].

“Mild hearing loss is more than twice as common in people with diabetes as in non-diabetics.”

Studies that used OAE to reveal early or subclinical cochlear damage in type 1 DM, reported that the lower amplitudes of distortion product OAE in patients with diabetics at 1000Hz were considered as a dysfunction of the outer hair cells in the apical portion of the cochlea [11]. Others showed that the transiently evoked OAE with suppression exhibited limited suppression in diabetics compared to controls, particularly at high frequency, implying possible cochlear injury due to hyperglycemia [12].

Hearing loss can be a maternally inherited problem for some people with diabetes: 1% of all diabetics are diagnosed with a subtype known as maternally inherited diabetes and deafness (MIDD) and, of these, 75% experience sensorineural hearing loss. Over 85% of people that carry the mutation in mitochondrial DNA (3243A>G mitochondrial point mutation) present symptoms of non-insulin-dependent type diabetes. MIDD patients are typically diagnosed at 37 years old but can range between 11 and 68 years old [13]. Hearing loss precedes the onset of diabetes and is marked by a decrease in high tone frequencies. In MIDD, hearing loss is seen in the form of progressive cochlear dysfunction, involving the ion pumps required for sound transduction. The 3243A>G mutation leads to unstable respiratory chain enzymes, resulting in lower levels of ATP [14]. The most metabolically active organs in the patient will be affected by this ATP deficiency [13].

Without sufficient levels of ATP, the recycling of endocochlear ionic concentration gradients are not maintained and this can lead to cell death in both the stria vascularis and the hair cells, causing hearing loss.

Meta-analysis research evaluating hearing loss among individuals with DM suggested that diabetics have a higher incidence of hearing impairment compared with non-diabetics [6]. The meta-analysis was based on findings of observational studies without any controls of residual confounders linking diabetes and hearing impairment (e.g. drug use). No data were provided on the prevalence of diabetic complications and, moreover, there were no studies that matched diabetic individuals and non-diabetics in locations with similar noise exposure.

Another systematic review explored the effects of type 2 DM on hearing function and found that patients with type 2 DM were at greater risk for developing mild hearing loss, compared to control subjects [15].

Zhi-Pan Teng et al [16] investigated the relationship between the presence of type 1 DM and auditory dysfunction by a meta-analysis review of published data. Based on the meta-analysis, they found the odds of hearing loss significantly increased in the type 1 DM. The hearing impairment was mild and subclinical, especially at high frequencies (4-8kHz). The ABR wave latencies (waves III and V) and interpeak latencies (waves I–III and I–V) were also prolonged. This suggested that signal transduction efficiency of the central and peripheral auditory pathways may be slowed down in type 1 diabetes and may result from auditory nerve demyelisation and spiral ganglion loss.

The typical hearing loss in patients with diabetes is considered as a progressive, bilateral, sensorineural deafness of gradual onset, predominantly at the higher frequencies. This may be a result of the impairment of the basal region of the cochlea, which is more vascularised and, therefore, more susceptible to microangiopathic damage. 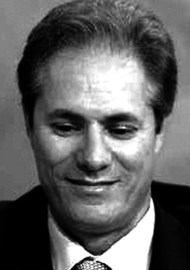