Establishing a hearing service and ear hospital in Nepal: the Ear Aid Nepal experience
By Ann Dingle and Michael Smith 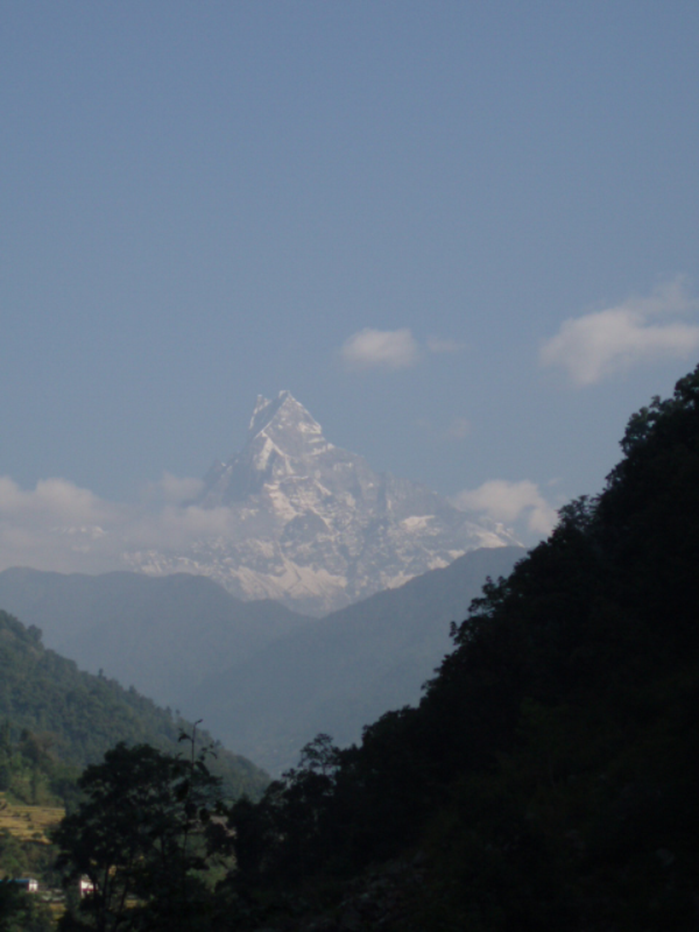 Following the earthquake that devastated Nepal in April 2015, the year ended on a positive note with the opening of an ENT hospital in Pokhara. Mike Smith, a UK-born ENT surgeon has been the driving force behind the conception and realisation of the hospital. He now lives in Nepal, working at the hospital and at ear camps run across the country. In this article, Mike talks about his 30-year experience together with other charities and organisations in bringing this project to fruition.

In early November, a new ear hospital and training centre was opened in Pokhara, 200 km west of Kathmandu. This has been the result of many years of planning, a significant donation from the Swiss charity, Stiftung Ohrchirurgie Nepal (SON) and technical support from the British charity, Ear Aid Nepal (EAN). It will provide medical care to the population of the west and far west of Nepal. Mike Smith, Consultant Ear Surgeon recently retired from Hereford and Worcester, moved to Pokhara in July 2015 to oversee the final stages of the building and will remain as the resident otologist for the foreseeable future.

For the population of Nepal bordering India, medical care is relatively accessible as a result of the main East- West highway that connects the larger communities of Biratnagar, Nepalgunj and Kathmandu. To the north and the west the roads are sporadic and people may have to travel many days by foot and poor road to access specialised medical care. Many do not have the resources to do this. 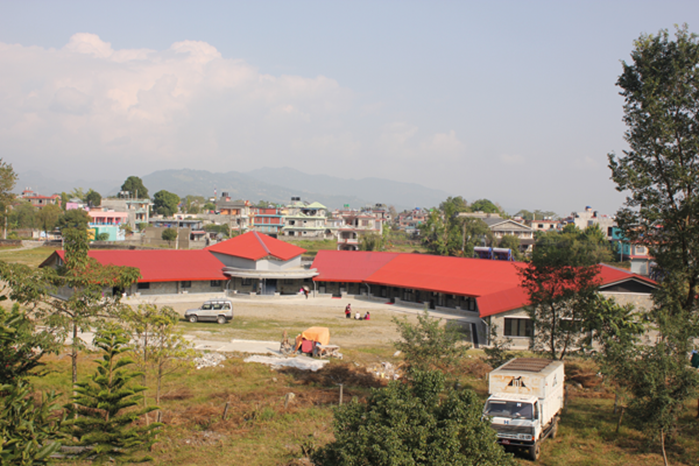 “The hospital certainly provides the environment for first class ear care and the ability to train staff from all disciplines. However there are challenges ahead.”

There is a very high incidence of middle ear disease in Nepal with patients presenting with hearing loss, longstanding perforations and extensive cholesteatoma. Access to primary care intervention is poor and few patients will have been treated medically. Mortality from middle ear disease is not recorded, but the associated morbidity is significant. Much of the deafness is preventable.

For many years Mike Smith, with the support of the International Nepal Fellowship (INF) has run ear camps in the remote western districts. These camps run for nine or ten days from the district centre of a different region twice a year. To comply with government rules all care is free to patients and the funding of camps is heavily reliant on Western volunteers and charitable donations. The camps are self-sufficient and can be set up in the most primitive of settings. Each camp is able to provide outpatient care to 900-1000 patients and middle ear surgery under local anaesthetic to 120-150 more. Despite three operating tables running all day and well into the night, the camps are unable to provide surgery to all that need it. 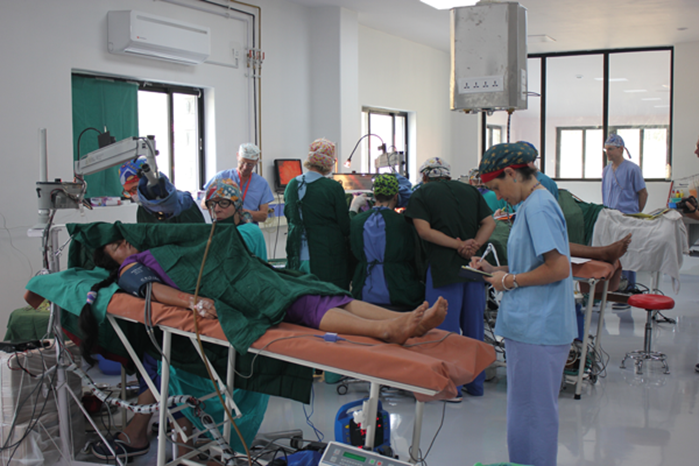 Until 1972 Nepal did not train its own doctors and there was scant provision of specialist surgical services. In more recent years and with the development of the Diploma and MS in ENT in teaching hospitals, both private and public ENT care can be found in a handful of the larger towns. However it is only those with means that can afford the travel and the medical expenses and many go untreated. For many years charitable care has been provided by INF in the hills of the West and by the Britain and Nepal Otological Society (BRINOS) in Nepalgunj, however the need for more consistent and sustainable provision of care is overwhelming.

INF, a Christian mission, has been based in Pokhara in the west of Nepal since 1952 and for many years ran the Shining Hospital and the Green Pastures Leprosy Hospital alongside extensive community health projects. INF also built and equipped the Western Regional Hospital for the Government of Nepal where in the 1980s Mike developed the ENT department. As the incidence of leprosy has fallen the Green Pastures Hospital has become more focused on rehabilitation of disability, especially spinal injury. After the severe earthquakes earlier this year, this has become a valuable facility. The change in focus of the INF to provide rehabilitation of those underserved by acute services gave the opportunity to follow a vision to develop a centre of expertise for specialist ear care, and to train those who could sustain this centre in the future.

“It is early days for the hospital and many people are committed to seeing it develop not only as a centre of excellence, but also as an institution to be left in the hands of the Nepali people.” 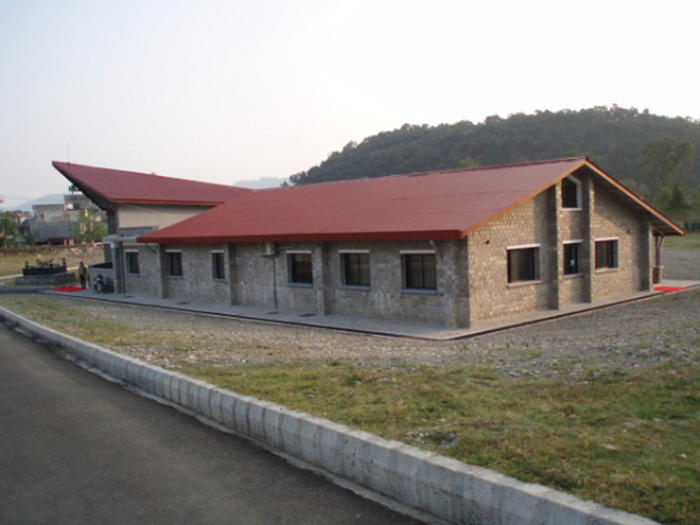 INF owns the land of the Green Pastures compound and this was an ideal site for a new hospital. Negotiating the bureaucratic processes to seek planning permission and tender for architects and contractors was predictably protracted and building finally started in November 2013. A time lapse video can be found at www.earaidnepal.org/WhatWeDo/EarHospital/webcam.html. The earthquake resistant building was certainly tested in April 2015. Those on site at the time reported the ground moving in waves and a persistent sensation of movement akin to vertigo. The building suffered only one small crack in the plaster. The hospital has been designed to ensure that it is comfortable in heavy monsoon storms, heat and humidity and in the winter cold. The outpatient rooms are spacious and the three, four bedded wards that cater for men, women and children are well appointed. There are an additional four rooms for private patients.

Audiology is situated in sound treated rooms, with audiology booths soon to arrive. The operating theatre, which, as with camps, is a common room with three tables, is a roomy, quiet and immaculate environment with an adjoining lounge with windows overlooking both the theatre and the mountains. There is a live feed to the operating microscopes. A separate building houses a kitchen and a laundry and there is extensive solar back up for power and hot water. 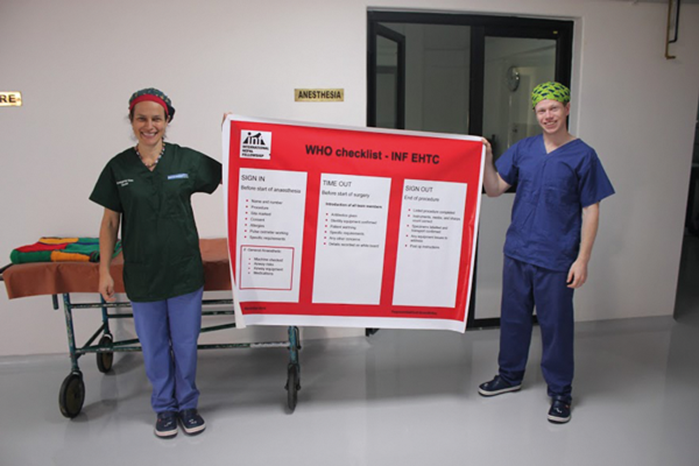 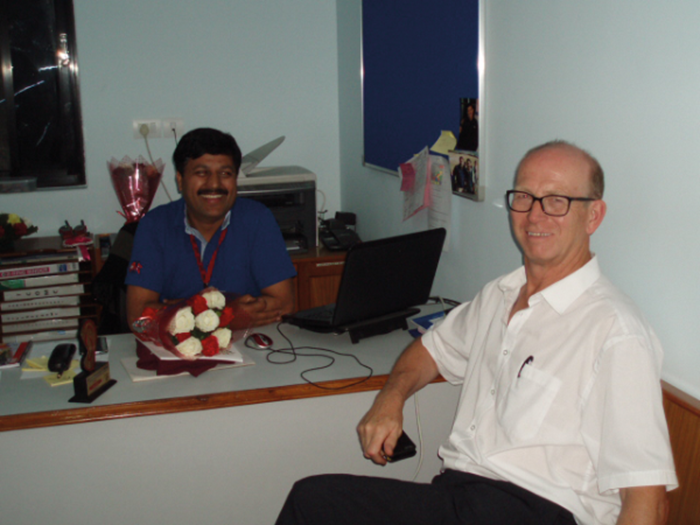 A large container of equipment funded by a generous INF donor is currently impounded in Calcutta, being unable to cross the closed India / Nepal border. When this arrives the final furnishing of the hospital will be complete and treatment options previously unavailable in Nepal will be introduced.

The hospital certainly provides the environment for first class ear care and the ability to train staff from all disciplines. However there are challenges ahead. Whilst camps have provided free care for many years, this is not a sustainable option for the new hospital and a reasonable charge will need to be levied. Fees will be transparent and equitable and there will be a charitable fund to support patients who are not able to afford care but are in need of surgery or hearing aids. The private facilities for patients with means will contribute to the income of the hospital. It remains to be seen whether for patients who may have travelled some distance hoping for free care, a fee may be a deterrent.

It is early days for the hospital and many people are committed to seeing it develop not only as a centre of excellence, but also as an institution to be left in the hands of the Nepali people. The sustainability of the project relies not only on the continuing support of Western volunteers, but also the appointment of Nepali staff and surgeons interested in contributing to a high quality public service. At this stage the ear camps held in the remoter regions will continue twice a year to ensure that care reaches as much of the population as possible.

It was unfortunate that the opening of the hospital took place during times of great hardship. Dispute about the new Nepali constitution has led to the closure of the India / Nepal border and fuel for both vehicles and for cooking is in very short supply. Families have to cook on wood fires, vehicles will queue for days to get a small ration of fuel and road travel is kept to the bare minimum. Despite this there has been a steady stream of patients and a respectable number of middle ear operations have been undertaken.

The Nepali people have a welcoming nature and volunteering for these ventures is incredibly rewarding. Surgeons, anaesthetists, audiologists and scrub nurses are all needed and should you be interested in volunteering for either the hospital or for an ear camp please contact ann.dingle@earaidnepal.org 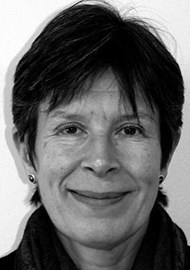 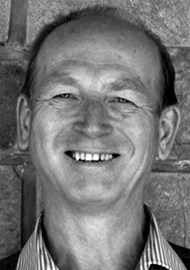