Over 70 million people in Europe experience tinnitus, and for seven million it creates a debilitating condition. Severe tinnitus is often associated with depression, anxiety and insomnia, resulting in an enormous socio-economic impact [1]. It has been estimated that 13 million people in Western Europe and in the US approach their doctor regularly because of their tinnitus symptoms [2]. These figures are expected to increase due to increasing occupational and leisure noise and due to the demographic development.

In spite of its enormous socioeconomic relevance, funding for tinnitus research has been very limited [3]. Now the European Union has approved funding for the COST Action TINNET, which aims to create a pan-european tinnitus research network. The COST (Cooperation in Science and Technology) programme was founded in 1972 and is Europe’s longest-running research programme. The acronym TINNET stands for the planned Tinnitus research Network, and also for the programme goal, New Treatments for Tinnitus.

Recent advances in neuroscientific methods have led to substantial progress in the understanding of tinnitus. Both animal models of tinnitus and neuroimaging research in patients suffering from tinnitus have provided important insight into the neuronal mechanisms involved in the pathophysiology of tinnitus. In short, neural alterations along the central auditory pathways have been observed in connection with tinnitus [4]. These changes of neural activity seem to arise from dysfunctional activation of neural plasticity induced by altered sensory input, namely auditory deprivation in most cases [5], but also altered somatosensory input [6] in some patients. The mentioned adaptive processes are mainly driven by mechanisms of homeostatic plasticity which alter the balance between excitatory and inhibitory function of the auditory system at several levels in order to compensate for the reduced input [5]. 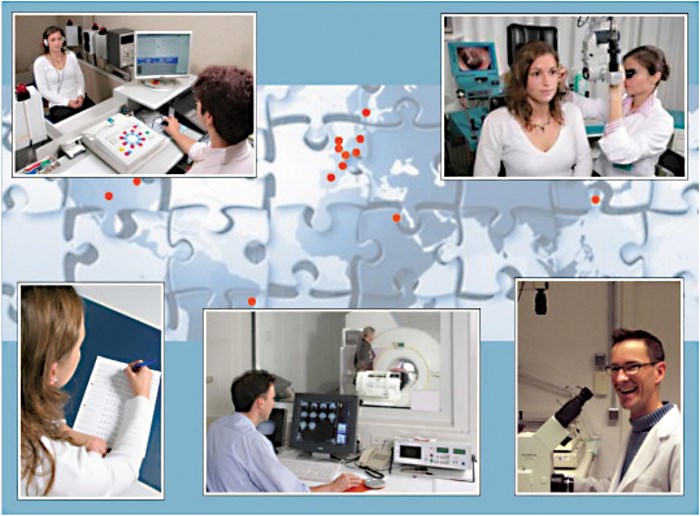 In addition to altered activity in central auditory pathways, recent research has increasingly identified further central nervous system components of tinnitus [7]. Brain networks involved in tinnitus pathophysiology differ from patient to patient and include the frontal cortex, the anterior cingulate, the insula and the medial temporal lobe including amygdala, hippocampus and parahippocampus [8]. These brain areas are related to attention-, salience-, distress- and memory-related aspects of tinnitus. Depending on individual clinical characteristics, different networks seem to be involved to a different extent [8].

This increasing knowledge prompted the development of innovative treatment approaches in recent years. All these methods have in common is that they aim at targeted modulation of the neuroplastic changes underlying tinnitus, either by specific auditory stimulation, by conditioned learning, by pharmacologic treatment, by brain stimulation or by a combination of different treatments. Promising results in pilot studies illustrate the potential of the various approaches. However, most results are characterised by a high interindividual variability, indicating the relevance of tinnitus subtypes which differ in their response to specific treatments.

Thus there is an urgent need for identifying pathophysiologically distinct subgroups for optimising and further validating these treatment interventions. Moreover the identification of valid subtypes will enable us to better predict treatment response to the various treatments currently available. Therefore, further progress is hampered by the fact that tinnitus represents a highly heterogeneous condition. Thus many findings coming from small samples cannot be replicated and remain inconclusive. This problem is related to the current research structure with many separate groups working largely in isolation and being funded locally or nationally. In order to effectively address the heterogeneity of tinnitus a coordinated effort is required to enable the analysis of large samples. Within the TINNET project networking and capacity building activities will be supported, in order to transform the currently separated research groups into an efficient research network. 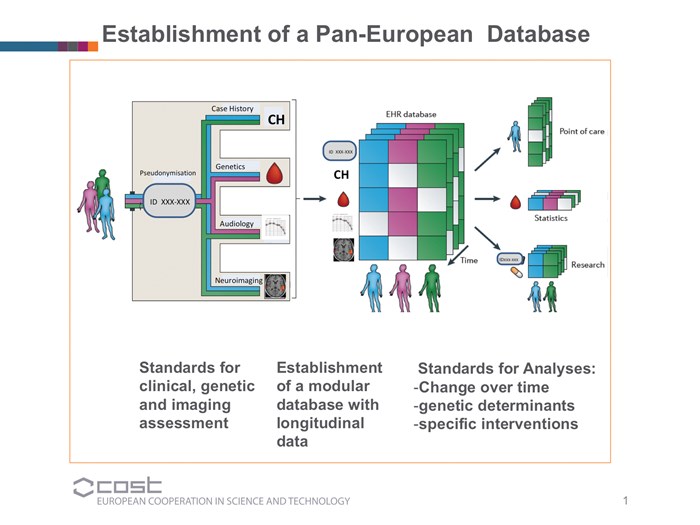 How will TINNET work?

The aim of TINNET is the identification of pathophysiologically and clinically meaningful subtypes of tinnitus. This in turn is required for increasing the efficacy of currently available treatments by assigning the most effective treatment to the individual patient.

The strategy of TINNET is to standardise and coordinate clinical, neuroimaging and genetic assessment of tinnitus patients and to aggregate data in a large-scale database in order to identify tinnitus subtypes and their neurobiological underpinnings. This will facilitate the developments of new therapies and improve the efficacy of currently available treatments.

Five different workgroups will be established which will focus on the following objectives:

The expected result is the identification of meaningful subtypes of tinnitus and their neurobiological underpinnings. This in turn will improve tinnitus treatment by enabling us to better assign current treatments and to better tailor future treatments to specific patient subgroups. Since the high heterogeneity of tinnitus is considered as the major obstacle for the development of more effective treatment strategies, TINNET will address the current bottleneck in the development process of innovative treatment approaches. This requires a coordinated collaborative effort from clinicians and technicians of different centres and disciplines and bio- and health-tech companies working together in ongoing close collaboration.

What are the next steps?

TINNET will start with the constitution of the management committee in spring 2014. The UK will be represented by Prof Deborah Hall and Prof David Baguley. As a next step the workgroups will be established.

We hope that the programme will attract many clinicians and researchers and will motivate them to join forces in order to work for a better therapy for the many people worldwide who suffer from tinnitus. 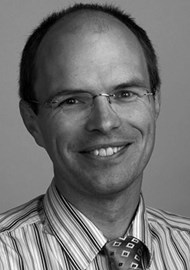