Implants: it’s all in the balance! Prof Guyot and his team give us an update on their research in addressing bilateral vestibular deficits via an implant.

Doctors are often unaware that people, even young, may lose vestibular function on both sides without concomitant sensory or neurological deficits (i.e. hearing loss). The impact of a total, bilateral vestibular loss is severe. This condition is also poorly acknowledged and recognised. A vestibular implant is currently being developed to rehabilitate these patients, based on a concept similar to that of the cochlear implant.

Bilateral loss of the vestibular function is a severe condition that can appear in the same way that other sensory deficits do. Just like blindness or deafness, it can affect the youngest patients as well as the elderly, and it may or may not be accompanied by other deficits. Patients face major difficulties: a constant pseudo-inebriated state, falls, and blurred vision while walking. Unfortunately, no treatment exists and physical therapy is only mildly effective.

The concept of this device to restore lost vestibular function is comparable to that of the cochlear implant. The vestibular implant is made of motion sensors to detect head rotations; an electronic processor that transforms head motion information into electrical signals. These signals are finally transmitted to the brain via electrodes surgically implanted near the vestibular nerve branches, in the form of modulated electrical currents. Some teams have been working on this development for 15 years using animal models. Our team in Geneva was the first to start human experimentation in 2002. In 2010, we invited Herman Kingma’s team from Maastricht to collaborate and the Geneva-Maastricht team was born!

Rather than starting from a blank piece of paper, the existing cochlear implant technical platform was chosen and adapted to the topology of the vestibular system. Patients with total bilateral vestibular deficit and at least one deaf ear were recruited to avoid the risk of damaging hearing during the implantation surgery. Today, 13 patients are equipped with a modified cochlear implant provided by Med El© (Innsbruck, Austria) in which one to three electrodes have been removed from the cochlear array and placed close to the nerve branches of the semicircular canals.

In order to generate bi-directional vestibular reflexes with a unilateral prosthesis, an artificial vestibular ‘baseline activity’ must be restored first, using constant amplitude electrical currents. This ‘baseline activity’ can then be up-and down-modulated according to the direction and velocity of head movements. It was expected that an abrupt restitution of the ‘baseline activity’ would cause signs and symptoms similar to that of a sudden unilateral loss of the vestibular function (but of opposite direction). Surprisingly, implanted patients adapted very rapidly to the artificial ‘baseline activity’, in periods never exceeding 30 minutes. This contrasted with previous research performed on animal models (guinea pig) where the adaptation periods were substantially longer, reaching up to 24 hours.

In later experiments we observed that the adverse vestibular symptoms could be further alleviated and even suppressed by gradually incrementing the baseline electrical currents, instead of turning it on abruptly [1]. This particular observation was encouraging, probably simplifying future translation of this technology to the clinic (e.g. there is no need to consider systems operating 24/7 since patients can unplug and reconnect the implant without much disturbance).

In recent years, we have devoted our efforts to confirming feasibility and demonstrating the clinical relevance of our vestibular implant concept. For example, we have demonstrated that the vestibular implant is an effective means to restore fundamental vestibular functions, such as the vestibulo-ocular reflex [2] and the vestibulo-collic refex [3]. Furthermore, in recent studies we demonstrated significant improvements in performance in close to reality tasks, notably the restoration of visual abilities in dynamic situations. This was a fundamental milestone, since this is the first ever demonstration in humans of useful rehabilitation in a task representative of a common complaint of patients with bilateral vestibular deficits [4]. We are also investigating the general dynamics of walking in our patient population and preliminary results showed improvements in stride length and time; two important features characterising walking abilities [5]. It is worth noting that these encouraging results have been obtained exclusively during controlled laboratory tests, stimulating only one vestibular electrode at a time. Implanted patients are still not allowed, as yet, to use the vestibular implant outside of the hospital, during their everyday activities.

Steps towards a clinical application

Several challenges still need to be addressed before clinical application. One of them is to find a way to preserve cochlear function during vestibular implantation, because most patients suffering from a bilateral vestibular deficit still have useful hearing. For this reason, we have developed special extralabyrinthic surgical approaches in which electrodes are not placed in the semicircular canal ampullae but in direct contact with the vestibular nerve branches emerging from the ampulla. At the same time, we are also carefully evaluating hearing preservation techniques for the intralabyrinthic approach.

Another challenge will be to improve stimulation strategies to reduce interactions resulting from current spread from the vestibular electrodes to neighbouring neurosensory tissue. Furthermore, since our prototype is a hybrid device aimed at restoring both vestibular and auditory functions, special stimulation protocols need to be developed in order to minimise the interaction between both types of stimulation.

It is difficult to predict when a vestibular implant will be clinically available. However, considering the progress made over the last two to three years, it is likely that this could be as soon as five to six years.

Balance is a fundamental sixth sense that can be impaired because of deficient vestibular function, apart from any other deficit. A vestibular implant, a neuroprosthesis similar to the cochlear implant to restore hearing, might soon be clinically available to restore balance function.

Declaration of competing interests: Our group has received funds for research and fees for consulting from Med-El (Innsbruck, Austria). 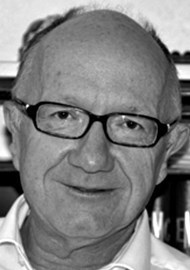 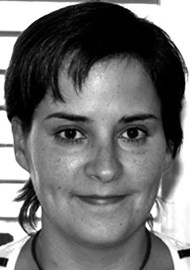 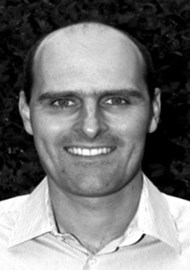 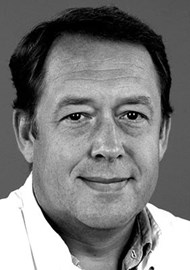 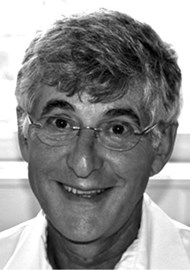 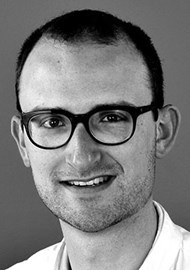 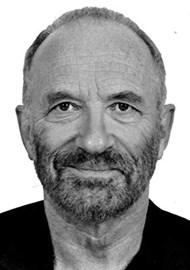