Christopher R Cederroth and Jose Antonio Lopez-Escamez explain how progress is being made to investigate the contribution of genetic factors to tinnitus, including a subtype of ‘extreme’ tinnitus in Ménière’s disease.

Genetics WG4 is working towards determining the genetic basis of tinnitus subtypes using advanced tinnitus phenotyping strategies that will circumvent tinnitus heterogeneity and will help defining tinnitus endophenotypes for genetic studies. In addition to clinical groups that are interested in joining this endeavor, WG4 also welcomes pre-clinical research groups that will offer the possibility of validating selected targets in animal models, providing a translational bridge from animals to humans.

Knowledge on the molecular mechanisms that contribute to tinnitus is recently emerging from animal studies, leading to new hopes for improved diagnosis and drug development. In parallel to these pre-clinical advances, the power of human genetics could boost the discovery of gene variants for diagnostics and reveal new drug targets.

The epidemiological evidence to support a genetic susceptibility for tinnitus is weak. The main reason for this is the lack of an appropriate clinical characterisation in order to define the underlying condition and to take into account the comorbidities contributing to the generation, persistence and perception of tinnitus. The heterogeneity of tinnitus precluded the undertaking of genome-wide association studies, and no reliable studies are available to compare the prevalence according to ethnic background or to provide a concordance analysis between monozygotic or dizygotic twins.

The main aim of WG4 is to determine the genetic basis of tinnitus subtypes using advanced tinnitus phenotyping strategies. This aim will be achieved through the analysis of public cohorts (self-reported cases) and clinically diagnosed tinnitus subjects. In close collaboration with Clinical WG1 and Outcome measurements WG5, we will use state-of-the-art questionnaires, audiometric and psychoacoustic instruments to provide matched control subjects (without tinnitus). Twin cohorts or familial aggregation studies will be used for genomic approaches such as whole-exome sequencing or whole-genome sequencing.

The Genetics WG4 will apply several strategies to provide scientific evidence of a genetic basis to tinnitus development including:

Progress to date has been positive. Ethical approvals have been granted and epidemiological studies using twin registries have been initiated. Several multi-case families are currently being characterised in order to identify families with similar forms of tinnitus, and appropriate controls. A set of tinnitus- and emotion-related questionnaires and key auditory measures have been selected for categorising subjects into defined sub-groups. Recruitment of self-reported cases has been initiated at the Karolinska Institutet in Sweden (http://stop.ki.se). Moreover, more than 20 multiplex families with tinnitus have been identified at Charité Hospital in Berlin, Germany, and they are currently being phenotyped in order to select the more appropriate families for whole-exome sequencing.

The Centre for Genomics and Oncology (GENyO) in Granada, Spain, has successfully used this strategy in autosomal dominant familial Ménière’s disease (http://www.genyo.es), where two novel variants in FAM136A and DTNA genes have been identified [1], associated with the complete phenotype in a pedigree with three affected women in consecutive generations.

Finally, in collaboration with the Department of Otolaryngology at the University of Salamanca Hospital and the Department of Otolaryngology at the Hospital de Linares in Spain, a cohort of 134 patients with Ménière’s disease has been evaluated for tinnitus [2]. A subgroup of 12 patients with an extreme tinnitus phenotype and a diagnosis of Ménière’s disease has been identified according to the Tinnitus Handicap Inventory (THI) scores (> percentile 90). No difference in age, sex, age of onset, uni / bilateral involvement or hearing stage was found between patients with Ménière’s disease with and without the extreme tinnitus phenotype.

Of note, the THI score was not related with hearing thresholds at any frequency in the extreme tinnitus phenotype subgroup, suggesting that the mechanism leading to chronic tinnitus perception is not related to hearing problems. The genome of these patients with extreme tinnitus phenotype and Ménière’s disease will be sequenced for the identification of rare variants conferring risk for developing chronic tinnitus. “WG4 seeks to determine the genetic basis of tinnitus subtypes using advanced tinnitus phenotyping strategies coupled with next generation sequencing technologies.” “The identification of new variants involved in tinnitus vulnerability or resilience will i) improve diagnostics, ii) provide significant insights into the understanding of the pathophysiology of tinnitus, and iii) help with the design of new drugs for the treatment of specific forms of tinnitus.” 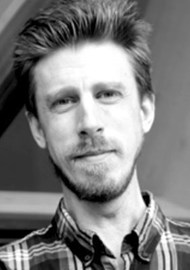 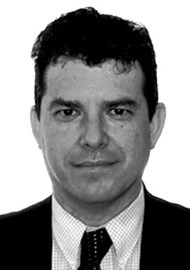