Getting to grips with acoustic trauma
By Jonathan Gale

Our understanding of hearing loss caused by noise exposure to those in the armed forces is growing in interest and understanding. Research at a cellular level is essential to increase our understanding so that we can better diagnose, manage and even possibly prevent this type of hearing loss in the future. Jonathan Gale, a Reader and currently interim co-Director of the UCL Ear Institute gives us a basis of what happens in the cochlea and the auditory nerve as well as an update of the cellular mechanisms for detecting acoustic trauma, based on his own and others’ research, and also the potential for future treatments and therapies.

Life does not get any quieter it seems and exposure to noise levels that have the potential to damage our ears is a part of many working lives, most obviously for those in the armed forces. For many years it has been clear that a primary (but not the only) target of noise trauma is the sensory hair cells in our organ of hearing, the cochlea. Hair cells, so called because of the cilia-like hairs that project from their apices, convert mechanical sound stimuli into neural signals.

Acoustic trauma causes overexcitation of these cells, resulting in biochemical disturbance within the cells themselves and at worst direct mechanical disruption and injury. These insults cause damage and death of the hair cells, and it is clear that in mammals with cochlear hair cells there is no endogenous mechanism to replace them. The failure to restore hair cells results in permanent hearing loss but the resulting trauma can also result in tinnitus.

Over the last ~40 years significant research effort has been put into characterising the effects of noise on the cochlea. Much of the early work in this area was phenomenological, with far fewer studies investigating the underlying cellular and sub-cellular mechanisms of cell damage and death. Our current understanding is that, at one extreme acoustic trauma causes irreversible mechanical disruption of cells and the organ itself leading to the destruction and death of cells, at the other end of the spectrum when the exposure is less there is a cascade of biological activity that is thought to result in the generation of free radicals - molecules that are highly reactive and damaging due to their unpaired electrons, and oxygen-based radicals knows as reactive oxygen species (ROS).

The definitive evidence for how, where and when these molecules are generated in the inner ear is somewhat limited but there is a significant body of indirect evidence that has (i) described the predicted effects of such molecules using various markers and (ii) shown that, given at the appropriate time, ROS scavengers can be protective during noise trauma. This body of evidence was sufficient enough to warrant a number of clinical trials that are either recently completed or still ongoing – we await their outcomes with anticipation but also some realisation that there may be some limit to their efficacy due to the lack of any specific targeting with such compounds. It is worth noting that in principle the agents being used would be simply topping up our own free radical scavenging systems that in normal healthy and nutritionally balanced individuals should be sufficient to maintain or negate the production of ROS within our cells and organs.

In my own lab we have developed a number of protocols to mimic noise trauma in vitro in order to investigate the mechanisms in more detail, visualising the events using live-imaging to understand the complex interactions that ensue during and after trauma. In 2004 we described a mechanism by which cochlear damage could be detected by the cells that surround the sensory hair cells, the supporting cells. We also showed that a key molecule that signals the damage event is adenosine triphosphate (ATP) usually the molecular currency of energy in cells, but which when released from damaged hair cells can be sensed by the supporting cells, triggering activity in those cells [1]. We hypothesise that this ATP signal may well act to trigger the supporting cells to do some important work like repairing the surface of the hair cell epithelium and also clean up the damaged hair cells, something that is critical if the hearing organ is to function properly [2, 3].

Interestingly, work from the Fuchs lab showed that the same ATP signal can generate a sensation of acoustic trauma as a result of the activation of a certain type of sensory neuron – type II neurons – that connects to a particular hair cell, the outer hair cell [4]. Outer hair cells exhibit motility and are the cochlear mechanical amplifiers and thus are also known to be the hair cells that are more prone to dying during acoustic trauma. That work reveals something that has remained unclear until now – a function of the type II nerve fibres that connect to the outer hair cells is to act as nociceptors – the receptors of noxious stimuli.

In the past few years our understanding of the effects of noise on the cochlea has developed significantly and attention has recently switched to the other type of nerve fibre in the cochlea, the type I fibre. The peripheral dendrites from the type I neurons form synapses with the inner hair cells. The type I neurons are by far the more numerous (90-95% of the total) and they send the essential information on the frequencies and loudness of sounds to the central auditory system. Each type I neuron will only connect to a single inner hair cell but that single hair cell will form connections with 10-20 different neurons.

Over the last five years attention has been drawn to, the phenomenon of “hidden hearing loss”, a term that was coined by colleagues here at the UCL Ear Institute but came from work by Kujawa and Liberman [5] who studied the degeneration of the nerve fibres after noise exposure. The hearing loss is hidden because the audiogram is normal but auditory brainstem responses reveal a reduction in output from the cochlea consistent with the loss of nerve fibres. Of course accumulation of such a loss of nerve connections with continued noise exposure may well be a significant factor in age-related hearing loss.

Two things are critical to note here – firstly, it is clear that straightforward audiograms are insufficient to diagnose this problem and so we need to develop better diagnostic tests to characterise and monitor the loss. Secondly, this hearing loss is no longer “hidden” – we now know what to look for and how to look for it, thus we can now think of ways to either prevent or reverse it, i.e. determine some therapeutic strategies. The loss of nerve fibres can also explain other hearing issues like tinnitus (and even hyperacusis) which often present with a normal audiogram.

A greater understanding of the effects of acoustic trauma provides us with more opportunities to develop future therapies. This approach is a particular theme at the UCL Ear Institute with its new PhD and Masters programme in Sensory Systems, Technologies and Therapies (see UCL SenSyT, https://www.ucl.ac.uk/sensyt). This area of research is particularly ripe for study investment, funding and ultimately delivery of therapies to people. For example, those nerve fibres lost due to noise exposure can be encouraged to recover and reconnect with the hair cells if a nerve growth factor is enhanced in the system [6] (actually in those supporting cells again – they are important too let’s not forget them!). Thus nerve fibre loss associated with noise trauma should be treatable in the not too distant future.

We must also forget that the cells that drive those fibres are also likely to be damaged in ways that we do not yet understand, so further research on the cellular mechanisms of stress in hair cells is still critical and is a feature of ongoing work here at the Ear Institute. Identifying tractable biological targets is critical to the delivery of any new therapy. It is good to know that our field has made great progress in the last decade in identifying some of these targets – there are undoubtedly more out there though.

We are in exciting times with new perspectives on the causes of noise-induced and other forms of hearing loss being uncovered. We are beginning to see more and more clinical trials examining ways to protect or even restore hearing and in the last ~six months we have seen a major investment in drug discovery in our field with the creation of Decibel Therapeutics, which is funded ($52 million) primarily by the venture capital group Third Rock Ventures. The outlook over the next 10 years is one of great expectation and promise that should always be taken with a good dose of realism about the complexity of the task ahead of us. 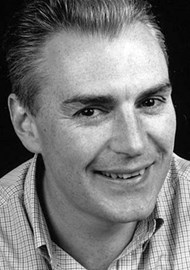