Alport syndrome (AS) includes a group of hereditary diseases caused by mutations in the COL4A3, COL4A4 or COL4A5 genes. These genes are responsible for the biosynthesis of α3, α4 and α5 collagen IV chains, which are located in the glomerular basement membrane of the kidney, the inner ear and the eye. In this article we synthesise the main features of deafness associated with Alport syndrome [1].

As has three different patterns of inheritance, which generate three different entities: AS associated to the X chromosome (OMIM 301050) in 80% of cases, caused by mutations in COL4A5 gene; autosomal recessive AS (OMIM 203780), which is caused by homozygous mutations in COL4A3 or COL4A4 genes, and appears in 15% of cases; and autosomal dominant AS (OMIM 104200), which is the result of heterozygous mutations in COL4A3 or COL4A4 genes and is diagnosed in the remaining 5% of patients (Figure 1). In all of these cases, mutations of the corresponding genes prevent the production of the proper type IV collagen network, which generates the clinical expression of the disease [1, 2]. So the main symptom is haematuria, which progresses to chronic renal failure and dialysis. 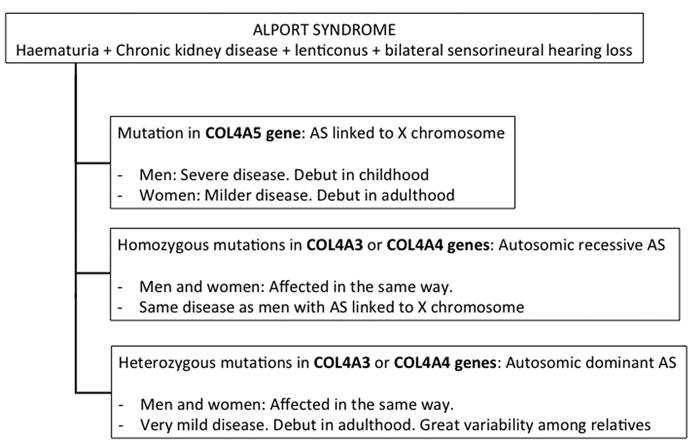 Figure 1: Summary of the different modes of inheritance and clinical expression of Alport syndrome.

The most frequent ocular symptom is anterior lenticonus, which generates a special myopia that requires frequent changes of corrective lenses. The typical hearing impairment in AS is bilateral sensorineural hearing loss. It is a key symptom for the diagnosis of AS in haematuric nephropathies, because its presence in these cases is highly suggestive of this genetic disorder, although the real prevalence is unknown, since patients do not undergo routine audiometry [1, 3].

The physiopathological mechanism is related to the defective adhesion of the organ of Corti to the basilar membrane, which is a consequence of the injuries in the basement membranes of the affected organs, due to the altered synthesis of type IV collagen.

In its initial stages, the auditory deficiency can only be detected with audiometry, which shows a bilateral decrease in sensitivity to 2000-8000 Hz range tones. This hearing loss is progressive and spreads to other frequencies and it can be incapacitating by the second decade of life [3]. This kind of hearing loss is not congenital, because it is detected for the first time during late infancy or in early adolescence in male patients with AS associated to the X chromosome, and by 40 years of age 80-90% of male patients have developed it. However, in some families deafness is not detected until later stages of life. The reason for these differences in the age of debut and clinical evolution is that both factors are related to the type of mutation.

There does not seem to be any gender difference in the incidence of clinical evolution of the autosomal forms. In patients with autosomal recessive AS, deafness appears at a young age, but in the autosomal dominant cases it can develop later in life, although these patients show great clinical variability.

Traditionally it has been stated that bilateral sensorineural hearing loss was always accompanied by renal failure, although it could start before the appearance of end-stage chronic kidney disease, since the hearing impairment is not related to uremia. Hearing loss would run parallel to the progression of the renal failure, and this fact would suggest a poor renal prognosis.

This idea has been recently challenged, since a new mutation has been described in the COL4A3 gene in a family with autosomal dominant AS. This mutation is C.345 delG, which generates a frameshift (pG115GfsX37) whose result is a truncated α3(IV) collagen chain that produces an impaired collagen network. Some members of the affected family who carry the mutation have bilateral sensorineural hearing loss as the single manifestation of the disease, while other relatives have all the symptoms of the disease. This fact confirms that hearing loss is an independent symptom of AS; it is not linked to renal impairment and it does not indicate prognosis of kidney disease [4].

The reason for the great variability in the clinical course of deafness in different patients has still not been determined. Several hypotheses have been proposed, such as the kind of mutation (frameshift and nonsenses would generate the most aggressive hearing loss), or the influence of other proteins which interact with the collagen IV network, but more studies are necessary to explore this theory [5]. There is no special treatment for this kind of hearing loss, apart from hearing aids or cochlear implantation when deafness is so severe that it diminishes the patient’s quality of life. Early diagnosis of Alport syndrome, with or without genetic diagnosis, does not allow us to use any therapeutic measure to stop or slow the course of deafness.

In conclusion, we can state that sensorineural bilateral hearing loss is a key feature in the diagnosis of all types of AS. Audiometry is an essential diagnostic test that must be included in the study of haematuria, especially if there is a strong suspicion of a genetic disease. There is no relationship between the pattern of inheritance and its severity or with the development of chronic kidney disease.

Consolación Rosado obtained her medicine degree at Salamanca University in 2005 and completed her doctoral thesis in 2013. She has published more than 20 papers regarding all areas of nephrology in Spanish and international journals. She has been a member of the Spanish Nephrology Society since 2008. Dr Rosado has a special interest in hereditary nephropaties. 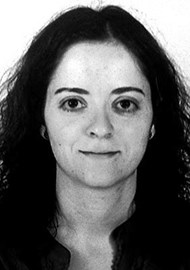