Hearing loss and cognition: something to think about
By Alexandria L Irace, Alexander Chern and Justin S Golub

Irace, Chern and Golub propose causal and non-causal mechanisms for the links between hearing loss and dementia, concluding with a discussion of several proactive measures available to help preserve neurocognitive health in older adults with hearing loss.

What is age-related hearing loss?

Age-related hearing loss (ARHL), or presbycusis, is a progressive degeneration of the auditory system that results in sensorineural hearing loss in both ears. This condition is highly prevalent in later life, affecting two thirds of adults over the age of 70 [1]. People with ARHL often first present with difficulty understanding speech, especially in noisy environments such as restaurants.

As a result, they must devote additional listening effort to participate in conversations, navigate crowded environments, and engage in social activities. Despite these consequences, only a third of older adults with hearing loss actually wear hearing aids, the primary treatment for ARHL [2]. Reasons for undertreatment are multifactorial, including barriers to easily accessing hearing healthcare, perceived stigma associated with hearing aid use, patient discomfort, and cost. If ARHL goes untreated, it may result in social isolation, loneliness, loss of productivity and autonomy, depression, as well as cognitive decline. A growing body of evidence linking hearing loss to the development of dementia has substantially increased interest in promoting adoption of hearing aids.

How are ARHL and dementia associated?

Dementia is defined as significant cognitive decline that interferes with daily functioning, including work, social activities, and independent living. It has several possible aetiologies, including neurodegenerative (e.g., Alzheimer’s disease) and non-neurodegenerative conditions (e.g., vitamin deficiencies, alcohol abuse and brain injury). As there is no known cure for dementia, most clinical efforts focus on prevention by reducing modifiable risk factors, i.e., activities or conditions that can increase your risk for a disease. ARHL, in part because of its high prevalence, has recently been identified as the greatest modifiable risk factor for new-onset dementia [3].

“The increased cognitive effort, or ‘load’, exhausts neural resources normally devoted to other tasks, which in turn contributes to the clinical symptoms of dementia”

The associations between ARHL, cognitive impairment, and incident dementia have been examined in cross-sectional [4] and longitudinal analyses [5]. In addition, recent evidence has identified a ‘dose-dependent’ relationship between ARHL and cognition, such that more severe levels of hearing loss are linked to worse performance on cognitive tests and accelerated cognitive decline over time. These associations still exist when controlling for important confounders, such as age and education. Therefore, the prevailing hypothesis is that gradual worsening of untreated hearing loss may negatively impact neurocognitive health. This is currently being tested in randomised controlled trials of hearing aid-based interventions.

Figure 1. An illustrative model of proposed causal and non-causal mechanisms
underlying the association between ARHL and dementia.

Why does this association exist?

The cognitive load theory hypothesises that individuals with ARHL must exert more cognitive effort to perceive and process auditory stimuli at the expense of other cognitive processes, such as working memory. In other words, the increased cognitive effort, or ‘load’, exhausts neural resources normally devoted to other tasks, which in turn contributes to the clinical symptoms of dementia. Moreover, the cognitive burden of ARHL may be compounded by age-related declines in executive function, making it even more difficult to process and retain complex auditory stimuli, like speech.

The second proposed causal mechanism postulates that ARHL induces structural brain changes linked to the development of dementia. For example, a diminished peripheral auditory signal may lead to under-stimulation and gradual atrophy of the primary auditory cortex. Longitudinal research has demonstrated that the rate of brain volume decline is accelerated in individuals with ARHL compared to those with normal hearing [6]. These accelerated declines were observed in the whole brain and the right temporal lobe. The temporal lobe is an important structure for spoken language processing and memory and is commonly implicated in the early stages of cognitive impairment and dementia.

The third potential causal mechanism suggests that social isolation acts as a mediator. ARHL is associated with increased difficulties in verbal communication and reduced participation in social activities. This lack of social engagement has been linked to increased risk for dementia. Maintaining a wide social network with opportunities for emotional and intellectual stimulation may protect against cognitive impairment and dementia, but additional research is needed to confirm this hypothesis.

“ARHL, in part because of its high prevalence, has recently been identified as the greatest modifiable risk factor for new-onset dementia”

Non-causal mechanisms involve a third variable, or confounder, that leads to the development of both ARHL and dementia. One example is microvascular disease, which can lead to reduced blood flow to the inner ear as well as cognitive centres of the brain. Resulting ischemic injuries in these structures may impair normal functioning and give rise to both hearing loss and dementia. However, previous analyses have shown that the relationship between hearing loss and dementia still exists when vascular disease risk factors, including coronary artery disease, diabetes, hypertension, and history of stroke, are taken out of the equation [4]. In addition to vascular degeneration, it is possible that other neuropathologic processes affecting both the brain and peripheral auditory structures may underlie this relationship.

What can be done to lower the risk of dementia?

Overall, more research is needed to determine whether the link between ARHL and dementia is causal, to unravel the biological underpinnings of this relationship, and to identify targeted therapies. Randomised controlled trials are ultimately necessary to establish whether hearing interventions reduce the risk of dementia. In the meantime, it is important to consider what other proactive measures may help preserve neurocognitive health in older adults with hearing loss. These efforts may include monitoring cognitive performance, identifying social supports and opportunities for community engagement, and referring patients for psychosocial interventions when necessary.

On a broader public health scale, spreading awareness about ARHL and encouraging regular use of hearing aids, when appropriate, or some form of hearing assistive technology depending on the stage of the dementia, are key efforts in the future of hearing healthcare. Although a clear causal linkage between ARHL and cognition has not been established, the low risk and strong theoretical benefit of increasing the audibility of sound and reducing listening effort make hearing aids a compelling treatment option. In addition, other system-level strategies to optimise acoustic environments in public spaces may mitigate the effects of ARHL, including using microphones and speakers in large crowds, designing seating arrangements that facilitate lip-reading, and utilising sound-absorbing building materials to reduce environmental noise and reverberation. As we continue to learn more about the relationship between dementia and ARHL, we must consider large-scale interventions as well as individualised treatment recommendations to maximise the cognitive health of older adults. 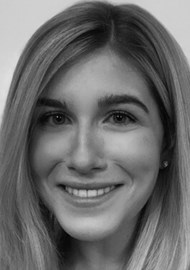 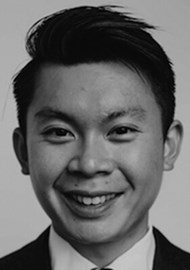 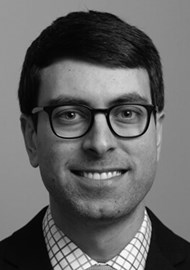