All audiologists, I am sure, would claim that they give full explanations of hearing aid controls and use of the devices at all fitting appointments. However, we know that patients do not always absorb all that they are told and perhaps also our explanations are not always sufficient to enable confident and competent use in all situations. It is really important that users understand the underlying principles to ensure they are able to achieve the greatest benefit. The following anecdotes give some examples where things may not have gone to plan. Colleagues in Audiology and Emergency Departments across the UK have kindly supplied some anecdotes that serve as salutary reminders of the additional care that can be required to ensure safe and successful hearing aid use.

Safe but not sound

The majority of our patients are able to manage the day-to-day use of their hearing aids themselves. They are able to insert the hearing aids, change the batteries and know if the aid is working or not. But for some of our patients this is not possible. For those patients who are not able to self manage their hearing aids they have to rely on others to help them with the day-to-day use and management of their hearing aids. We see a large number of lost hearing aids in cases where patients are not able to self manage their hearing aids e.g. patients on the wards or in care homes. I recall a visit to the ward to see a patient with dementia who had lost a hearing aid when the aid had fallen out and been caught up in the bed sheets when they were changed. Whilst there, I enquired about the patient’s other hearing aid as he was not wearing it. After some searching for the hearing aid, it was found in the patient’s bedside table clearly labelled in a box marked ‘HEARING AID – KEEP SAFE’. The staff had been trying to stop the other aid being lost by making sure it was kept safe. Unfortunately whilst in the box the aid was of no more benefit to the patient than the lost aid.

It’s not uncommon for hearing aids to go astray. A few years ago a patient came into a drop-in clinic and very sheepishly explained how he had lost his hearing aid on holiday some time ago. When I asked how long ago he said it was about a year, but he had been too embarrassed to come back in for a replacement aid. I spent the next few minutes scurrying around trying to find him a replacement aid and setting it up for him. He was immensely grateful and very apologetic to have lost his aid in the first place. Later on that afternoon when I went to call my next patient in I was surprised to see the same gentleman sitting there. I called him through and he explained how he had been into the shop next door and promptly lost his hearing aid again. Together we walked around to the shop and spent a few minutes searching around on the floor and asking the rather bemused shop assistant if they had seen his hearing aid anywhere. Not finding it, we walked back to the department and began the process of replacing his hearing aid all over again. As the, by now, very embarrassed patient was leaving for the second time (having waited a year to have his hearing aid replaced) he put his hand in his coat pocket to retrieve a tissue and out fell both hearing aids!

The gentleman did not have any adverse symptoms. An x-ray of the abdomen confirmed that the battery was in the stomach. He was discharged home and monitored as an out-patient. A final x-ray, taken six days after the ingestion, no longer showed the battery, confirming that it had been expelled.

This is the second case that I have seen of an adult patient who has ingested a hearing aid battery. Hearing aid batteries are zinc-air batteries which are generally small in size (less than 12mm diameter). The small size means that they are likely to pass easily through the oesophagus without causing damage to the mucosa. This is in contrast to larger disc or button batteries which may become lodged in the oesophagus and can cause burns, ulcers and perforations.

Ms G has a severe right sided hearing loss with significant distortion and a mild hearing loss on the left. She was fitted with a wireless BiCROS hearing aid to give optimal audibility, particularly in meetings at work. She adapted well to the devices and was generally positive at follow-up. However, she reported that on making a phone call in a noisy environment, she was surprised to find her ability to hear was worse than without the device at all. She could not believe that wearing the hearing aids really made things worse! We had fully explained that the microphone on the poorer ear was detecting sound and feeding it into the good ear. We had talked through the implications of this when listening to speech in background noise. However, Ms G had not appreciated (and we had not explained) what would be happening when she was on the phone in a noisy place. In that situation, the CROS microphone would be contributing no useful sound, merely adding noise to what she was trying to listen to from the phone hand set.

This is easily solved by removing the CROS microphone. Ms G was very accepting of this solution once she had fully understood why this was necessary. Interestingly, for the devices in this example, the manufacturer’s software does not allow a separate programme for the phone with the CROS microphone deactivated, which would have been the preferred solution. 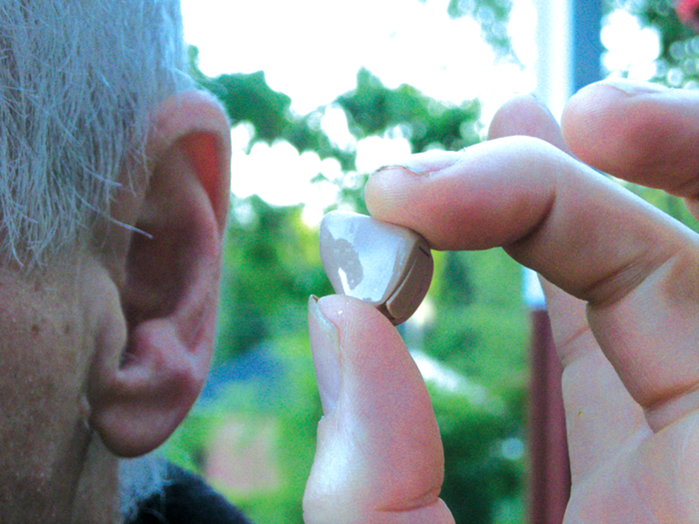 Out of the mouths of babes

Parents frequently report difficulties seeing benefit from hearing aids in infants who cannot demonstrate it through language. As audiologists, we ensure that hearing aids are verified accurately to a recent audiogram with RECDs, that earmoulds are well fitting and acoustically appropriate, that functional benefit is validated using speech measures and assessments against outcome indicators such as SII scores. What have we missed?

We have taken a history, including hearing and listening behaviour at home, nursery and other relevant listening situations, but have we really considered the child’s listening duration and environments? Data logging is a useful tool, not to ‘catch parents out’ but to let us know that we may not have explored the use of the aids thoroughly or explained the importance of the use of the technology in a way that allows the parents to fully engage in the process.

We know that the auditory cortex can only develop in direct response to the auditory input it is exposed to and infants / children need to wear their hearing aids consistently in a variety of listening environments to develop age appropriate communication and social skills. When parents are finding it hard to see the benefit of hearing aids, part of our routine troubleshooting should be, have we explained the wider, long-term goals of the technology that allows families to visualise, understand and believe in the aim and importance of the hearing aids?

"I will never get used to these aids…"

We often get told by patients that the hearing aids we provide are big and cumbersome, usually with the patient angling towards a request for an ITE (in-the-ear hearing aid). I remember one particular patient I saw a few years ago for his first ever hearing aid fitting. To say he was unimpressed with the look and feel of these aids is an understatement, with his exact words being ‘I will never get used to these aids!’ Of course, I gave him the usual explanation on adaptation and expectations, with the emphasis being on the need to wear the aids in order to get used to them. This again was met with a stern NEVER from the patient. So we completed the fitting, and booked a standard six week follow-up to check his progress. However I noticed after four weeks that he had been booked back in to see me; I assumed to return the aids or further complain about how terrible they were. When he arrived he looked very worried, and proceeded to ask me how waterproof the aids were. It transpired that he had in fact worn them to the swimming pool, where he had forgotten to take them out prior to his swim. On further questioning, I asked at what point he had noticed the aids were still in. Was it as he came out of the changing rooms, or maybe as he entered the pool for the first time? He responded that it wasn’t until the end of the session that he noticed; when he was washing the shampoo from his hair and felt them there behind his ears. He further admitted that he had in fact been swimming for over an hour with them in, with this often being completely underwater. So I checked the aids over and could not believe it when I found them to be working fine. I reassured the patient that he had done no damage, but that he shouldn’t attempt to hear clearly underwater again. I finished by stating, with an acquired sense of smugness, that most importantly it proved he could get used to the feel of the aids, so much so in fact that he would actually forget to take them out for swimming. The patient agreed! 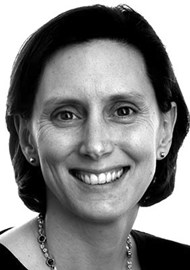